The Pioneer Lady Diamondbacks playoff journey began on the road as they faced the Donna High School Bravettes Tuesday night in Donna for their Bi-district matchup.

The Lady Diamondbacks opened up with a dominant performance in the first set as they used an all-around performance on their way to a 25-11 win to take a 1-0 lead. 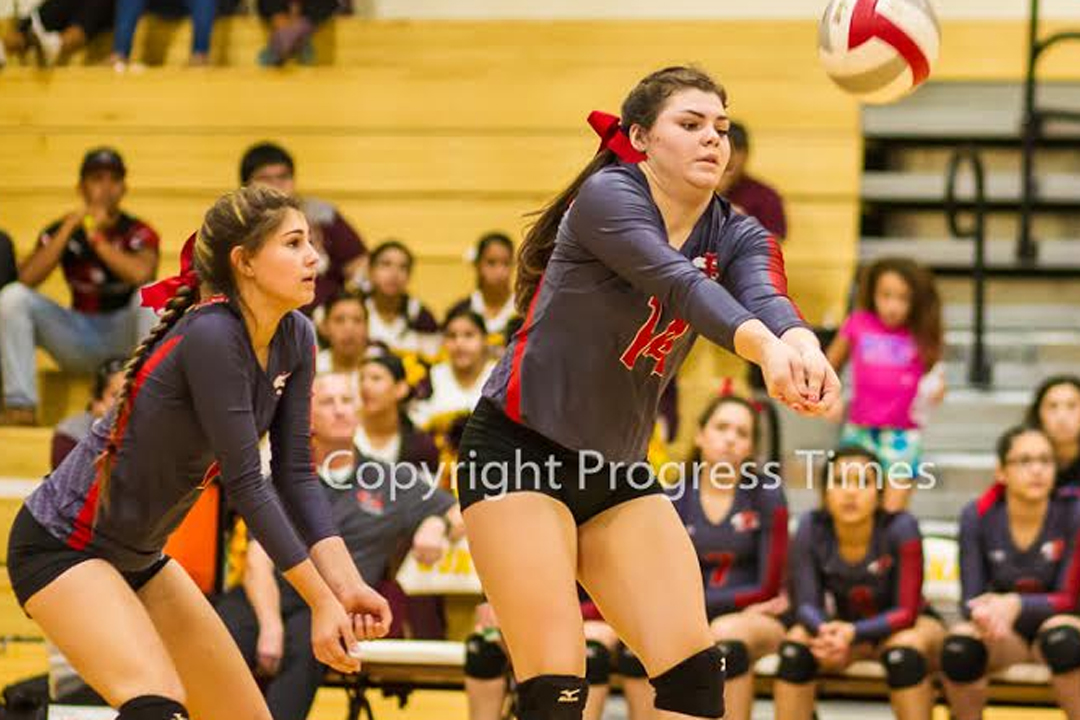 The Bravettes won the second set 25-23, outlasting the Lady Diamondbacks after their comeback effort fell short.

Pioneer responded by winning the third set 25-23 after being down 18-21. Audrey Smith sparked the comeback with a kill and block on consecutive plays and a game-winning kill. Smith filled the stat sheet with 23 assists, 20 digs and 12 kills on the night.

“In practice, coach emphasizes all the time that we need to come back from the worst and that’s what we did tonight,” Smith said.

The Bravettes, led by Melanie Arenas, won the fourth set 25-14 to swing the momentum and force a fifth set.

In the final set, the teams went back and forth exchanging big plays. The Bravettes were out in front 11-10 until the Lady Diamondbacks stormed back, led by Mikayla Zimmerer, who scored three of her team’s final four points to win the set 15-11, winning the match 3-2.

“We pushed very had during every set,” Zimmerer said. “The fourth kind of brought us down but we decided during the break that we were going to push because we wanted to do it for us.”

Zimmerer provided 16 kills while libero Christina Ybarra had 21 digs for her team.

Pioneer head coach Laura Cavazos said her team pulled out the close win because of their hard work.

“I thought we showed a lot of heart and played really aggressively,” Cavazos said. “I think overall they proved that they really wanted it and every game our goal has been to continue to improve. With a lot of hard work they pulled it off in the end.”

Next for the Lady Diamondbacks is a second round playoff matchup with Tuloso-Midway. Time and place are to be determined.