The “Jewel of the Valley” will soon shine brighter.

The city of La Joya held a groundbreaking for a new city hall and police station Wednesday, Oct. 26. Public officials, including La Joya Mayor Fito Salinas and City Administrator Mike Alaniz, were on hand to celebrate the occasion for the city. 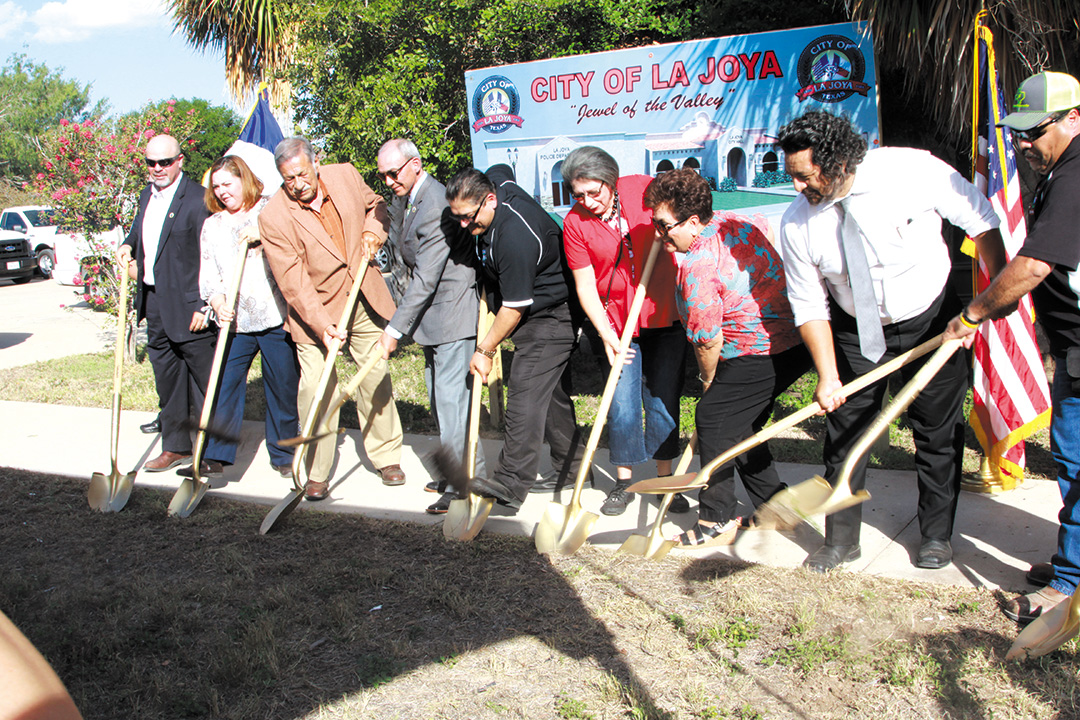 The new city hall and police station — formerly a PlainsCapital Bank that closed last year—will replace the old city hall. According to Alaniz, the former bank building will house administrative offices and the east side of the building will be expanded to accommodate a new police station.

“This new building will be the hub of the community,” Alaniz said. “We want to let residents know there is progress in the city. With this new city hall, we are leading the community in the right direction as we prepare to grow the city financially and bring in new developers and business.”

Construction should be completed by late next summer, Alaniz said.

The purchase was made possible through a $3.5 million loan the city received from the U.S. Department of Agriculture six years ago,  according to Salinas. The complete five-acre property was appraised at $1.9 million by PlainsCapital Bank but the city was able to purchase it for $1 million. Salinas said the city will $2 million for construction and renovations and any leftover funds will be used to purchase new vehicles for the city police department.

During the ceremony, Salinas praised his staff for managing the city with the limited resources they have on hand, but noted the city will need to make future improvements to continue to grow.

“This city is growing pretty fast so we need to continue making progress,” he said. “The residents deserve the best and we’ve been able to prepare for a future in continued development to make sure we accommodate what our residents need.”

Salinas also said the city is working on having a trauma center built on the same property that won’t cost the city a penny.

“We donated one of the five acres to a private contractor who’ll build it for us. It’s not going to cost us; it’ll just bring in revenue,” Salinas said.

According to Alaniz, the city was worried about moving forward with the new city hall as La Joya was not in good financial shape. Only after the city’s budget was in the black this past year and the city was able to purchase seven new utility vehicles the city decide to move forward with the project.

During the groundbreaking ceremony, the city of La Joya received two grants totaling $60,000 from the U.S. Department of Agriculture to commence preliminary studies for the city’s wastewater project.