Of the seven varsity football teams in the Sharyland, Mission and La Joya school districts, six are still alive in the playoff hunt in this the final week of district play. Of those six, two have already clinched playoff berths, three control their own playoff destinies and one is in of need help if they’re going to extend their season into the first week of the UIL state playoffs.

Here is a look at each of the six teams’ playoffs scenarios starting with the two teams that have already clinched. 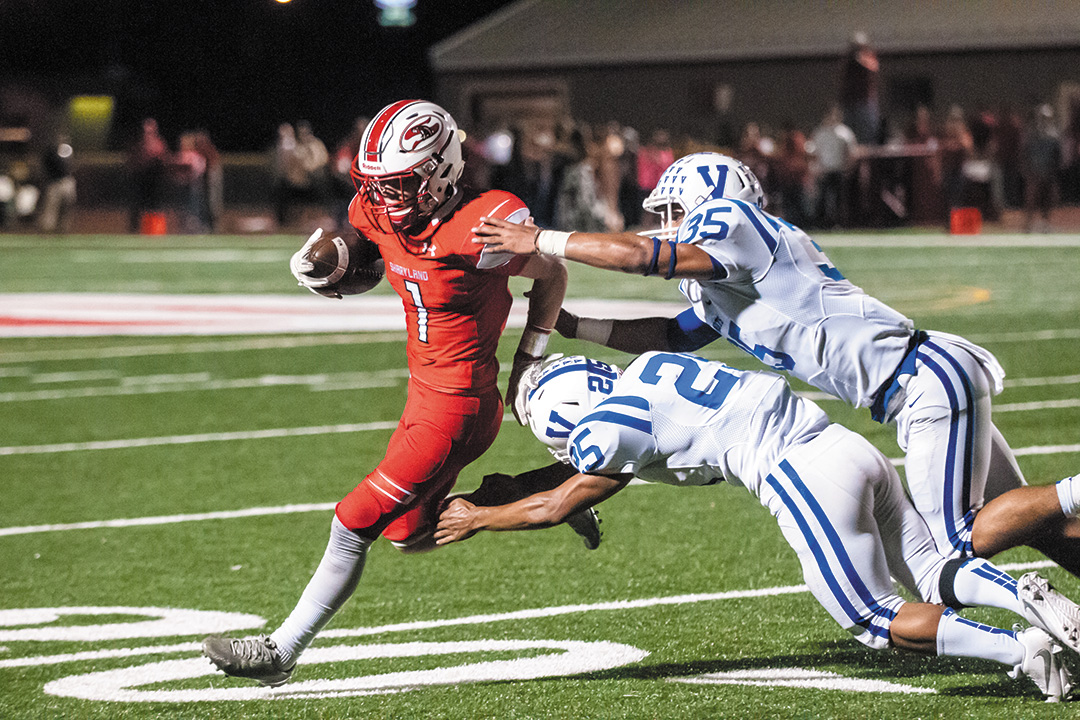 In only its third year of existence, the Sharyland Pioneer Diamondbacks’ football team is just one win away from clinching its first-ever district championship. While an outright championship is possible, the more likely scenario is that the Diamondbacks will share the title with the Laredo Nixon Mustangs. That’s because going into tonight’s games, the Diamondbacks are tied with the Mustangs with 6-1 District 31-5A records. Therefore, should both teams win or both teams lose, they will finish the regular season with identical records, making them co-champions.

While the 3-2 Palmview Lobos could theoretically still find themselves in a four-way tie for second place in District 30-6A at the completion of Week 11, they hold a tie-breaking advantage over the other three teams resulting in the Lobos having already punched their ticket into the state playoffs. That means that win, lose or draw against the La Joya Coyotes tonight, the Lobos are in the playoffs for the third year in a row.

If the 5-2 Sharyland Rattlers defeat the Rio Grande City Rattlers tonight, they are in the playoffs as the third place team in District 31-5A and the second seed in Division II no matter what else happens. Should they lose to RGC by 1-11 points, or lose by 21 points they are still in the playoffs. However should they lose to Rio Grande by 12-20 points and the Patriots defeat Valley View tonight, they are out and Veterans Memorial and Rio Grande City are in. Finally, should Sharyland defeat Rio Grande and should Pioneer and Laredo Nixon both lose, the Rattlers would earn a share of a three-way district championship.

This rather confusing scenario has to do with positive points which are used to determine which teams advance into the playoffs when there are ties that cannot be broken as a result of head-to-head results. Currently the Patriots have +3, the Rattlers have +14 and Rio Grande has -17 positive points.

Despite having lost three of their last four games, the 4-3 Veterans Memorial Patriots still control their own playoff destiny. That’s because a win over the 1-6 Valley View Tigers tonight will earn the Patriots their fifth straight trip to the playoffs.

Ironically, should the Patriots fall short against the Tigers, they will need help from the team that handed them their most recent loss, the Sharyland Rattlers, to make the playoffs. A Rattlers win over Rio Grande will clinch a playoff berth for the Patriots regardless of what they do against Valley View.

The 2-3 La Joya Coyotes need a win against the Palmview Lobos tonight to assure themselves of a trip to the playoffs for the first time since the 2014 season, and for only the second time since the three-way split of La Joya High School in 2008. While La Joya is currently tied with the McAllen High Bulldogs for fourth place in District 30-6A, they defeated the Bulldogs earlier this season, giving the Coyotes the tie-breaking advantage over the Bulldogs should they both win. Should the Coyotes lose, they’re out regardless of what else happens.

The 2-4 Juarez-Lincoln Huskies are the only one Big 7 teams in playoff contention that does not control its own playoff destiny. That’s because they need the La Joya Coyotes and the McAllen High Bulldogs to both lose, which would result in a three-way tie for fourth place, to qualify for post season play. As a result of the fact that the Huskies have a bye this week, they have absolutely no control over whether or not they make the playoffs for the second year in a row. All they can do is hope that the Mission Eagles defeat the McAllen Bulldogs Thursday night and the Palmview Lobos defeat the La Joya Coyotes Friday night.