Their destiny in their own hands, Pioneer ended the regular season in a place nobody expected them to be – at the top of District 31-5A.  The visiting Roma Gladiators were already out of the hunt for the playoffs, but Jason Wheeler’s charges could not afford to be complacent.  The weather delayed the start of the game, but Pioneer scored early in the first quarter then added another with seconds left in the quarter with a short pass from Jacob Rosales to William Proctor.  Roma answered in the second with a touchdown pass of its own.

As usual, Alec Garcia played both sides of the ball. He stole a long Roma pass, but time ran out before the Diamondbacks could muster a drive, and the teams went to the locker room deadlocked at 14 at the half. 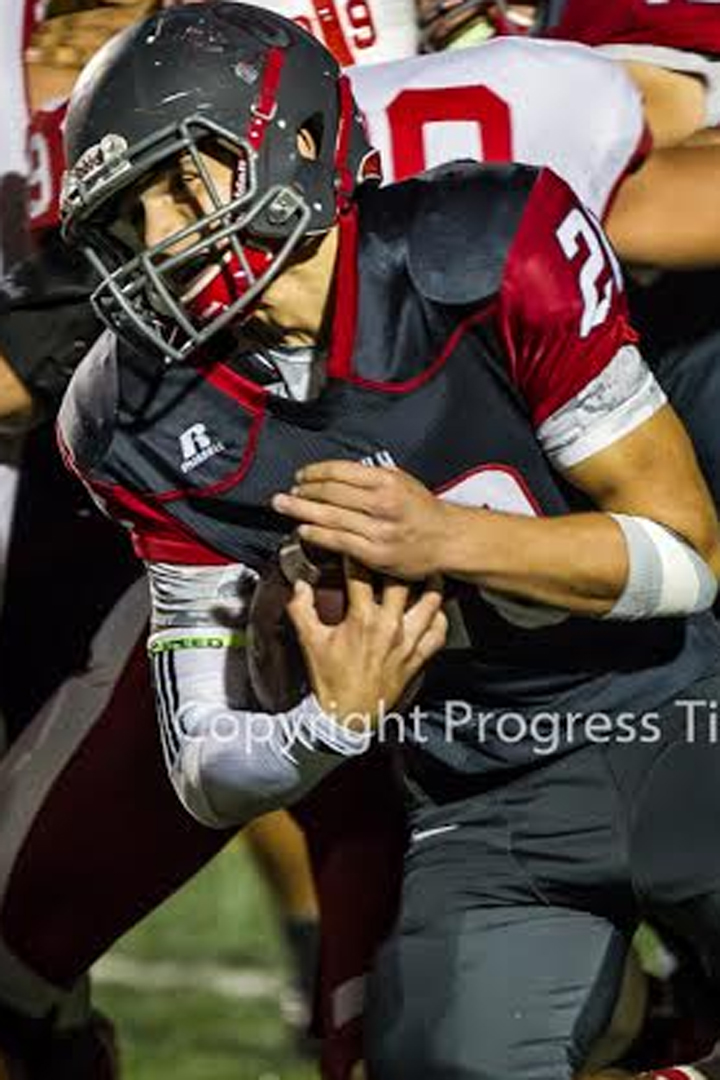 Give the Diamondbacks on the defensive side of the ball the credit – they put a hurt on Roma with tackles that caused fumbles for two changes of possession, made key interceptions and never let Roma’s offense get on track.  The Gladiator’s frustration boiled over and at one point and they put themselves into a 1st down and 50 situation.

Coach Wheeler got the mandatory bucket of ice water over his head at game’s end, but he didn’t seem to mind letting his team enjoy the moment.

We’ll have playoff opponents and locations as soon as they are available.