The Palmview Lobos took down the La Joya Coyotes 55-26 last night in their District 30-6A finale with playoff implications on the line. A win for the Coyotes would have put them in the playoffs as the fourth seed while a win for the Lobos would lock up the second seed in the district. 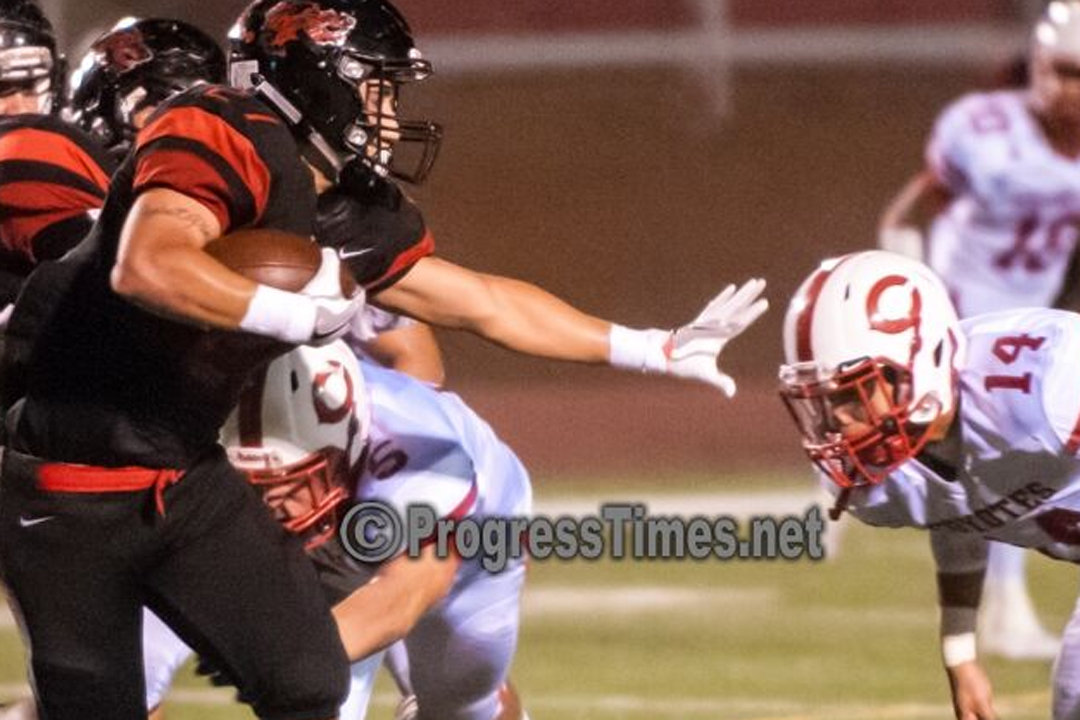 Palmview took a 14-0 lead in the second quarter with the Coyotes looking to answer. La Joya responded by marching down field with the rushing attack of senior Reynol Rios and freshman Eddie Villarreal to set up a 5-yard score by senior running back Ray Alaniz.

La Joya senior linebacker Rey Hernandez defense recovered a Lobo fumble on the ensuing drive to put their offense in prime position to strike again. Junior quarterback Irving Garcia only needed one play to connect with senior receiver Edwin Castillo on a 17-yard score to close the gap to 14-13.

The teams exchanged scores again as sophomore fullback Jose Avalos scored a 1-yard touchdown for the Lobos while La Joya’s Garcia hooked up with Villarreal for six from 11-yards out but failed on a two-point conversion to make the score 21-19.

Palmview sophomore quarterback Jonathon Zieske and senior receiver Tristen Myende came up with a big play right before heading into the locker room on a 68-yard bomb to put the Lobos up 27-19 at the half.

In the second half, it was all Lobos as they locked down the Coyotes. The Lobos defense forced La Joya’s Garcia to fumble on the first drive of the third quarter and recovered on the 15-yard line to set up a Salinas rushing touchdown on the very next play to take a 34-19 lead.

The Lobos never looked back, using second half touchdowns from Zieske and Salinas on the ground, giving the running back three touchdowns on the night. The final Palmview touchdown came on a scoop-and-score as senior linebacker Marcos Mora returned a fumble to the house for six.

“It was about time we played like that. I had told them as long as we execute the way we’re supposed to good things will happen, and that’s what happened tonight,” Requenez said. “It was great. We had told them let’s be focused, it’s very important to secure the win here so we can move on to the playoffs next week.”

“It’s been a lot of hard work,” Garza said. “Our coaches pushed us to strive for the better and now we’re looking for wins in the playoffs.”

The Palmview Lobos will host the Laredo United South Panthers in the first round of the Class 6A Division II playoffs. The game is set for 7:30 p.m. next Friday at La Joya Football Stadium.

For more acion photos, click on the following link for our photo gallery.
http://gallery.progresstimes.net/Sports/Palmview/November-4-2016-Football-La