A La Joya Independent School Board Trustee said he feels vindicated by his reelection Tuesday despite having been accused in a pending lawsuit of illegally steering LJISD business to unapproved food vendors.

And despite their defeats, two incumbents who lost their seats on the board say they will continue to work for students in the district as private citizens. 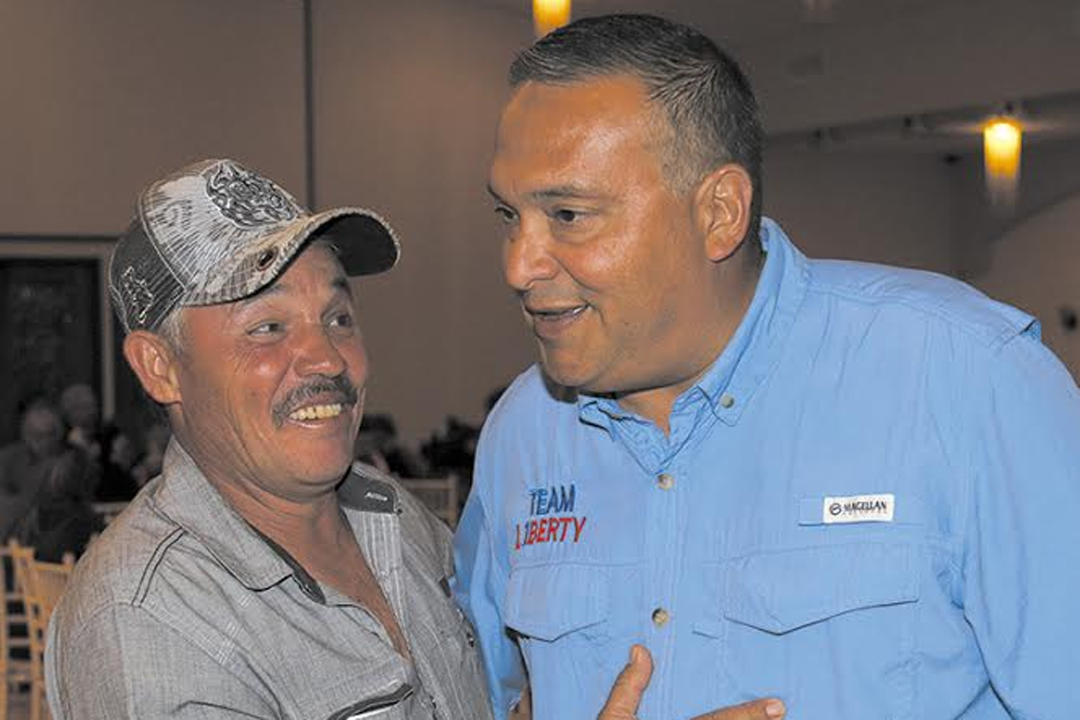 Oscar O. “Coach” Salinas defeated challengers Domingo “Mingo” Villarreal Jr. and Oscar “Rito” Martinez for the Place 6 position on the board in Tuesday’s general election garnering 50.3 percent of the 13,430 ballots cast.  Villarreal Jr., a former board member, received 36.8 percent of the vote and Martinez received 12.8 percent.

In a lawsuit filed against the La Joya Independent School District in August in Hidalgo County District Court the school district’s former Child Nutrition Services Department Operations Manager Ricardo E. Rodriguez claims Salinas was one of two persons who pressured him to purchase food from two unapproved food vendors. The other accused person is Peñitas Mayor Rodrigo “Rigo” Lopez. The case, which is still pending its first hearing, was filed under the Texas Whistleblower’s Act. In it Rodriguez alleges he was wrongfully discharged by the school district for bringing the illegal purchases to the attention of school district officials. Rodriguez resigned in May amidst a theft investigation by the Texas Rangers. Because it is ongoing no details can be released on the investigation said Department of Public Safety Spokesman Lt. Johnny Hernandez.

The school district’s attorney, Miguel A. Saldaño, filed a response to the lawsuit arguing the court lacks jurisdiction because Rodriguez failed to comply “with the mandatory exhaustion requirements regarding the use of the grievance or appeal procedures of the governmental entity mandated by Section 554.006 of the Texas Whistleblower Act.”

“At the end of the day I believe the voters, you know, our people from our community, came out and voiced their opinion,” he said. “And it just proves to people that even when you’re down you shake it off and you move forward. And that’s what the American dream’s about, we continue to survive despite circumstances.”

Salinas said he looks forward to working with new comers Armin Garza, Claudia Ochoa and Alex Cantu, who were also elected Tuesday to the seven member, non-partisan board. All four ran together on a slate they called Team Liberty, and pledged to encourage greater parental involvement and bring better pay and working conditions to district employees.

Both Avendaño, who was appointed to the board in August to replace her husband, Jesus “Chuey” Avendaño – who died in March of a heart attack – and Espie Ochoa pledged to continue to advocate for the district’s school children despite their defeats.

Following her loss Avendaño congratulated Claudia Ochoa but said she will continue to attend board meetings to speak up when she deems necessary.

“And I just hope they serve with transparency and do what’s right, what’s best for the students, teachers and administrators,” Avendaño said.

Espie Ochoa, a former school district teacher who now works for the state instructing and overseeing reading teachers in the district, said she had attended school board meetings for a year prior to running for a seat on the board nine years ago. She said she will continue to do so now that she is no longer on the board.

“I know I left an imprint on the district and so I leave with my head up and my integrity knowing that one does not need a title to serve,” she said.