After earning the first district championship and playoff berth in program history, the Pioneer Diamondbacks (8-3, 7-1) squared up against the Edcouch-Elsa Yellowjackets (8-3, 5-2) Friday night in a 5A Bi-district matchup at Bennie LaPrade Stadium in Donna.

The Yellowjackets jumped out ahead early as quarterback Marco Aguinaga threw a 40-yard touchdown pass to receiver Oscar Hernandez, followed by punching in a 5-yard score on the ground to put Edcouch up 14-0 after one quarter. 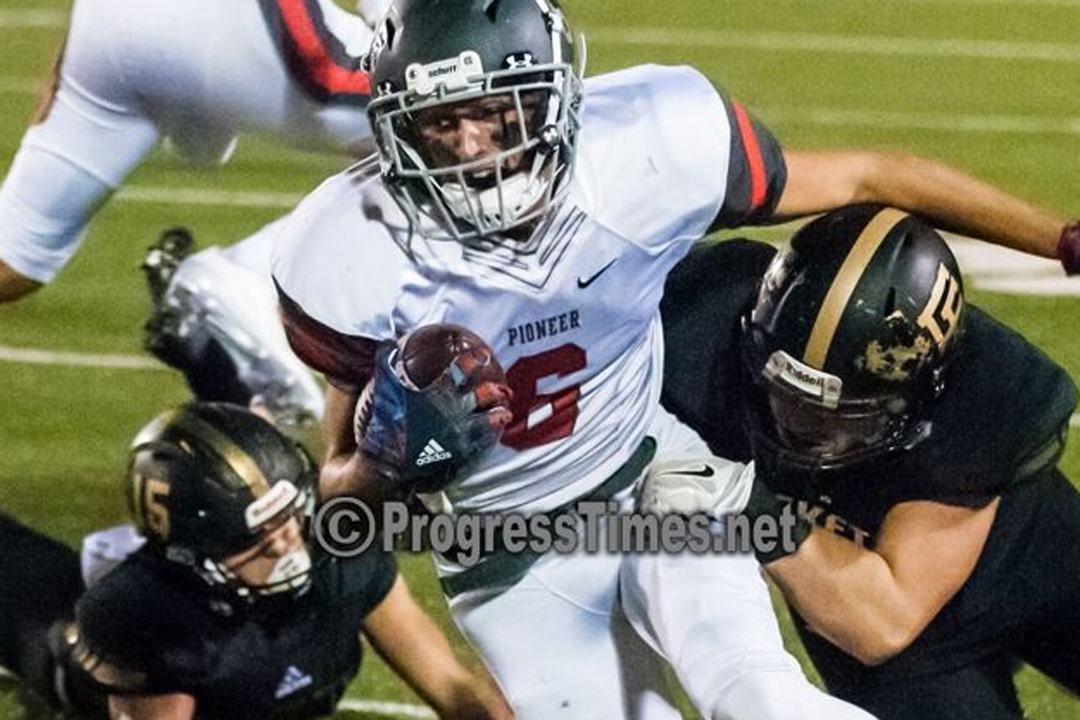 Pioneer running back Jay Viera ignited the Diamondbacks offense by consistently moving the ball on the ground. Viera’s running set up a 2-yard touchdown by quarterback Jacob Rosales to make the score 7-14 with 8:42 to play in the second quarter.

After another Edcouch touchdown, the Pioneer offense marched down field after receiver Bobby Acosta hauled in an acrobatic 37-yard catch in double coverage. The Diamondbacks followed the big play up with another touchdown when Rosales hooked up with running back Logan Harris on a 4-yard swing pass to make the score 21-14 in favor of the Yellowjackets.

The Yellowjackets took over with 2:41 to go before halftime. In position to punch in another score from the 2-yard line with 10 seconds remaining, the Yellowjackets were denied as the Pioneer defense made a goal line stand when linebacker Jesus Sanchez stopped them just short of the end zone as time expired.

“Our offense did a really good job of keeping us in the game,” Wheeler said. “We had a good goal line stand there before half so we felt good going into halftime because we’ve been a second half team.”

Edcouch came out of the locker room hot and scored the first two touchdowns of the third quarter, driving the score to 35-14 off an Aguinaga pass and a rushing score by running back Jorge Gomez.

The Diamondbacks fought back to score two more touchdowns of their own on Rosales on an 8-yard slant to receiver Enrique Hurtado and a 31-yard tip-toeing grab in the end zone by receiver Alec Garcia.

In the end, the Diamondbacks fight fell short as the Yellowjackets outlasted Pioneer by the score of 45-28 to win the first round playoff matchup between the two 5A schools.

Wheeler said he was proud of his team who brought home the first district championship and postseason berth in only the program’s third year.

“Our kids fought hard, I’m proud of them,” Wheeler said after the game. “We checked off a lot of goals this year. We won a district championship, we wanted to keep playing in the playoffs but it didn’t work out and give them credit. I’m proud of the way we fought.”

“We’re just going to take this feeling and move forward and continue to get better. It’s been quite a journey; I’m proud to be the head coach here at Pioneer,” said Wheeler.