The Patriots and head coach David Gilpin are on their way to the third round of the playoffs for the first time in school history after a dominant 28-14 win over the Flour Bluff Hornets in the Area Championship round of the 2016 5A Division I State Playoffs at Tom Landry Stadium. 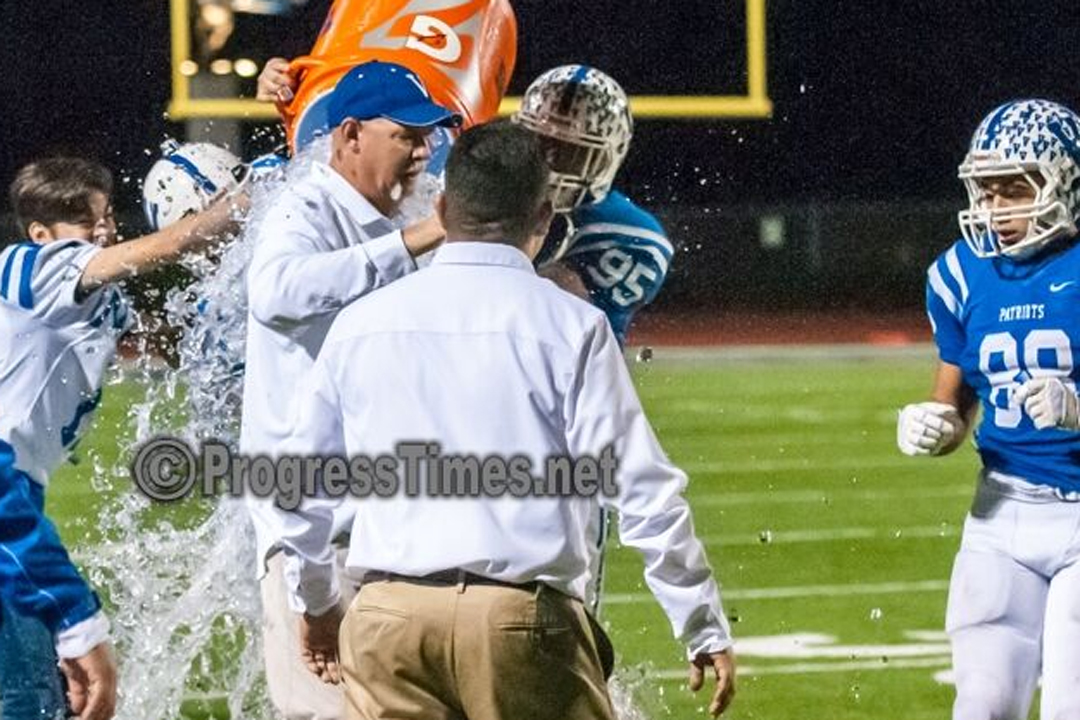 After lightning in the area caused the game to be pushed back an hour, the Patriots struck first as senior quarterback Diego Hernandez connected with senior running back Johnny Martinez for a 30-yard score just 33 seconds into the game for a 7-0 lead.

Hernandez said the coaching staff instilled a winning mentality in the team and the Patriots were ready to follow through Friday night.

Flour Bluff responded by scoring the next two touchdowns on runs by quarterback Jaeger Bull and running back Devin Burlingame to take a 14-7 lead with 6:57 to play on the first quarter.

Hernandez followed that up with a rushing score of his own from the 1-yard line, tying the game at 14 with 9:55 remaining in the second quarter.

The Patriot defense flipped the switch as they locked up the Hornets for the rest of the night, not surrendering a point for the final 42 minutes after the two quick scores early.

After a Flour Bluff fumble was recovered by Patriot senior Juan Sanchez, Veterans Memorial found the end zone again as Hernandez found senior receiver Roman De Leon on a back shoulder throw past the Hornets defense. The Patriots held a 21-14 lead heading into halftime.

The Patriots defense was swarming in the second half, forcing turnovers on the first two drives by the Hornets in the third quarter. Veterans Memorial defensive back and receiver Buda Gonzalez hurt the Hornets on both sides of the ball as he intercepted a Bull pass and followed that up by hauling in a 58-yard catch and run to give the Patriots a commanding 28-14 lead with 5:59 left to play in the third period.

Patriots’ senior middle linebacker, Juan Barradas, said his team knew what they were up against but were able to get the job done.

“We knew they were going to be big and fast but that didn’t really scare us because we’ve been there before,” Barradas said. “I feel like the guys are really putting in the work the coaches are asking for. We knew we had to go through our reads and that got the job done tonight. It’s unbelievable, we made history.”

The Veterans Memorial defense continued their lockdown of the Hornets offense in the fourth quarter while Martinez and Hernandez moved the ball on the ground to kill the clock and seal a victory for the Patriots.

“I couldn’t do it without my line, without Diego and the receivers so it’s all a team sport,” Martinez said. “It’s one heartbeat and we all motivated each other. Words can’t explain it, since I was playing little league flag football and now this, it’s an awesome experience.”

Hernandez, the District 31-5A Offensive MVP, finished the game with three touchdown passes and one on the ground.

Gilpin said his team did everything they had to in order to be successful and pick up the second round playoff win over Flour Bluff. 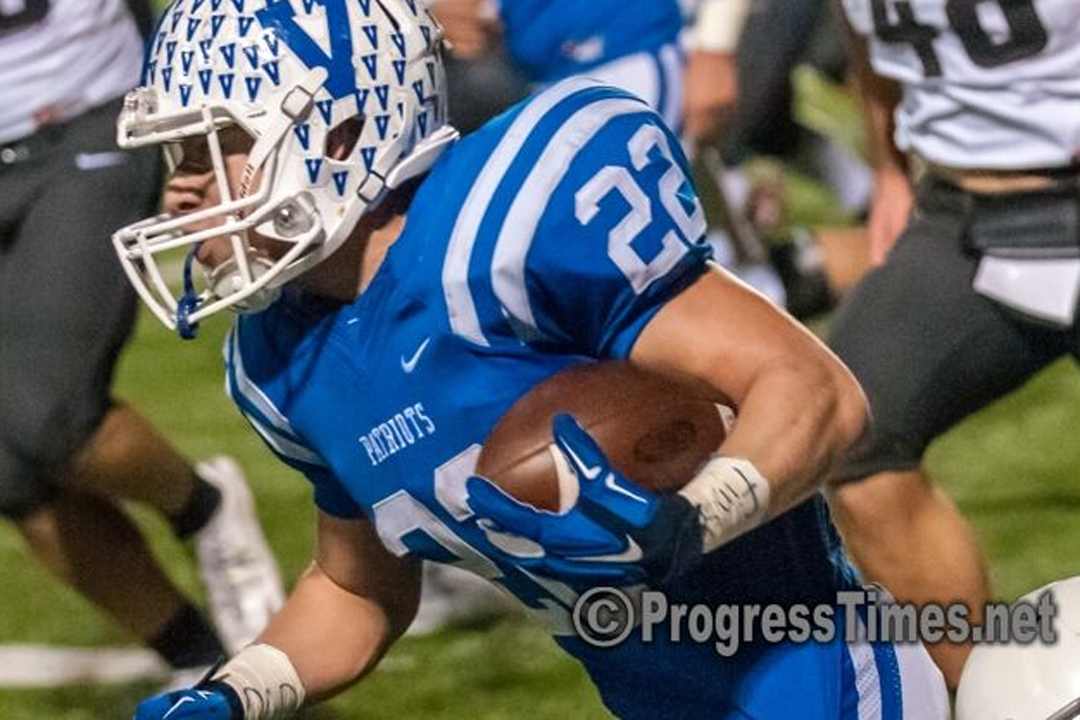 With the 28-14 victory, the Playoff Patriots punch their ticket to the third round. They will take on the winner of Saturday’s Dripping Springs and Angleton High Area Championship game at 2 p.m. The Veterans Memorial Patriots join the Edcouch-Elsa Yellowjackets as the last Valley teams standing in the state playoffs.