It goes without saying the holidays inspire giving in people. And whether it involves one neighbor helping another or dozens helping many it’s impossible to document them all. So here are just a few exemplary cases.

When he was 16 Mission resident Lorenzo Garza’s father died leaving his mother to raise him alone. At the time he had an older brother already in the military, he said, and his father’s death sometimes left him feeling lost and alone. 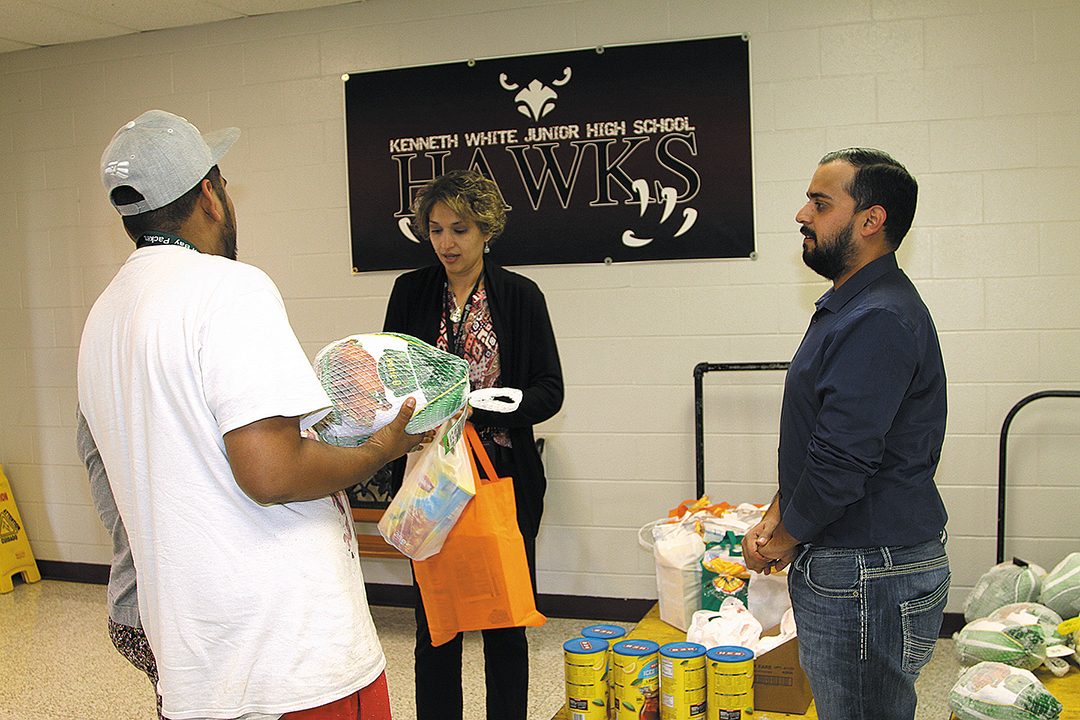 “You know there are some things you really don’t want to talk about with your parent,” he said.

Though he was attending Mission High School at the time Garza said he found himself returning to the teachers with whom he had created strong bonds at Kenneth White Junior High School for support when times were rough. He said that support system continued even when he went to college.

“I would come back to them and no matter if I was going through a hard time or hardship they would always ask, ‘What do you need; How can we help you?’ And they would help. And if I didn’t have that backup I don’t know where I would be today,” he said.

Today he is successfully working in the public information office of a major citrus related industry. Enough so he is now able to give back to the community and his junior high school. On Wed., Nov. 16 Garza returned to White Junior High School with 30 turkeys he purchased with $500 of his own money.

To read more about Garza’s efforts, pick up tomorrow’s issue of the Progress Times available on newsstands or in our office.