Palmview’s police chief said paranoia caused a 25-year-old man to allegedly shoot four of his coworkers early this morning, killing one and wounding three others. The three other victims were expected to survive their injuries, police said. 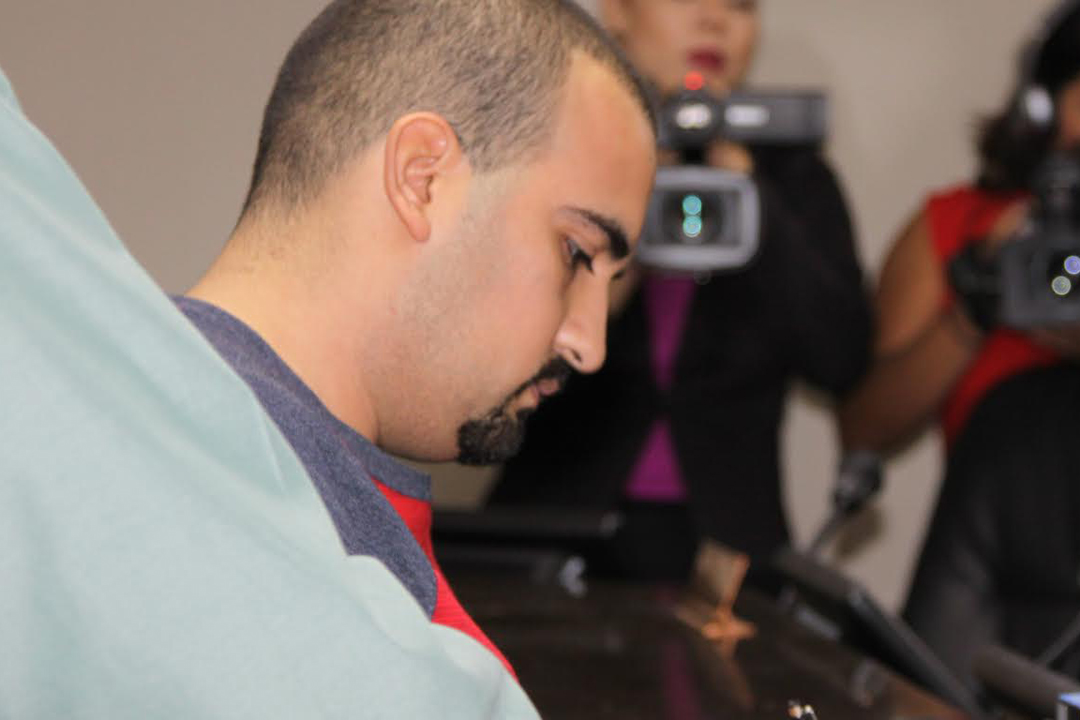 Palmview Chief of Public Safety Christopher R. Barrera identified the deceased as Mario Pulido, 48. No hometown or address was provided. The injured were identified as Bill Martinez, 33, Frailan Garza, 51 and Raphael Martinez, 37. It was not immediately known if the two victims named Martinez were related.

All four victims were shot through a window from the exterior of the store while in a store break room, Barrera said. He said police were called to the scene of an active shooting about 3:15 this morning.

Barrera said Garza received only a graze wound to the side of his head and was released from McAllen Medical Center today. He said the two other victims underwent surgery and were expected to survive their wounds.

Barrera could not provide more information about the deceased except to say his wife and adult daughter were at the hospital before he was pronounced dead.

Barrera said video surveillance allegedly recorded Lopez-Saenz drive up to the store in a pickup truck, exit the vehicle, walk to the break room window from the store’s exterior and begin shooting into the break room. Lopez called 911 later this morning allegedly admitting he was the shooter and wanted to surrender, Barrera said. Lopez-Saenz was taken into custody a short time later without incident, Barrera said. Lopez-Saenz provided information that led to the recovery of a 9mm Desert Eagle semiautomatic pistol following the shooting, said Palmview Public Safety Information Officer Saul Uvalle.

During a press conference Monday Barrera said Lopez-Saenz claimed he believed the store windows were bullet proof and that he had not hurt anyone and was only trying to scare the victims.

Barrera also said Lopez-Saenz was paranoid “that everyone was out to get him” and that the alleged shooter could have chosen random targets anywhere, they just happened to be at his workplace.

“Nobody was targeted. It was not gang related at all,” he said.

Also during the press conference HEB Group Vice President and General Manager Javier Avalos said the company was deeply saddened by the incident and that the company was working with police to bring the case to a successful conclusion.

“Our thoughts and prayers are with the victims and their families,” he said.

An HEB spokeswoman said the store would reopen sometime on Tuesday.