We’re officially in the final month of 2016.

2016 has been a whirlwind of a year, we know because we’re the ones covering it. We could not have done it without readers like you supporting us either by buying an issue or going to our website to read our stories.

Below is a sample of the front page stories in our latest issue that will hit newsstands tomorrow. We hope you continue to support us for many years to come. 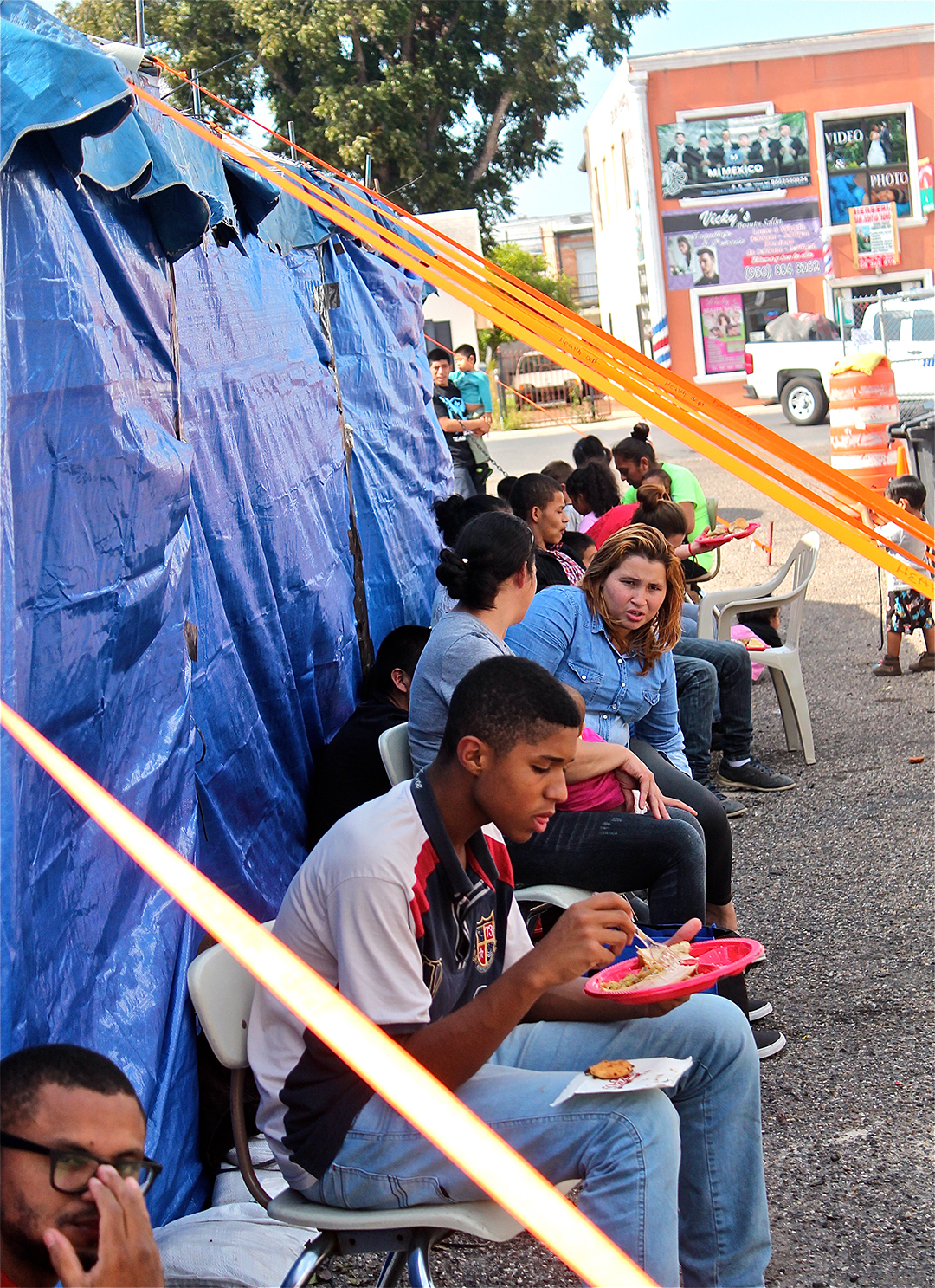 Gloria Alvarenga and her daughter were two of approximately 350 immigrants who were given a place to shower, rest on cots out of the sun and partake of a Thanksgiving lunch thanks to Dora Brown and International Bank of Commerce (IBC). All of those at the lunch had been processed by the Border Patrol, given legal status in the United States as long as they continued the process in an immigration court in wherever their destination city was.

Brown, the senior vice president of marketing for IBC bank, had visited the Catholic Charities center earlier in the year and felt compelled to find some way to help those who were hungry and in need, said Sister Norma Pimentel, executive director of Catholic Charities of the Rio Grande Valley.

“She went back to her people at the bank and they were all in,” said Pimentel.

Palmview – The H-E-B market where one worker was shot dead and three others were wounded Monday reopened for business Wednesday. Palmview’s police chief said paranoia caused a 25-year-old man to allegedly shoot his coworkers.

Raul Lopez-Saenz of west Hidalgo County was arraigned Monday afternoon on one count of first degree murder and three counts of attempted first degree murder after allegedly shooting his coworkers at the H-E-B at 1840 W. Palma Vista Drive, Palmview. Bond was set at $1.9 million by Hidalgo County Precinct 2 Justice of the Peace Jaime J. Munoz. Munoz set a million dollar bond for the first-degree murder charge and $300,000 for each of the attempted murder charges.

Oscar Omar “Coach” Salinas was charged with assault causing bodily injury-family violence, a Class A misdemeanor punishable with up to one year in jail and a $4,000 fine, following his arrest Saturday. He was released from custody later that day on a $5,000 bond.

Skippers are a family of butterflies that occur worldwide. The greatest diversity of Skippers is found in the Neotropical regions of Central and South America. Seven species of white-skippers are found in Mexico. Prior to Sunday’s sighting, five of the seven species had been recorded before in the United States. That number has now increased to six.