As Mission’s city council names an interim fire chief to replace retired Chief Rene Lopez Jr., the head of the department’s labor union said he was offended by Lopez’s allegation the union went around the former chief to override some of his decisions.

Monday, the city council approved the appointment of Mission Fire Marshal Gilbert Sanchez to head the 66-member department. It is an interim appointment until the city can advertise for the position. In an interview Tuesday Sanchez said he was told the position won’t be advertised for three to six months. Sanchez, 49, has been with the department since 1994 and has served as fire marshal since 2000, he said. 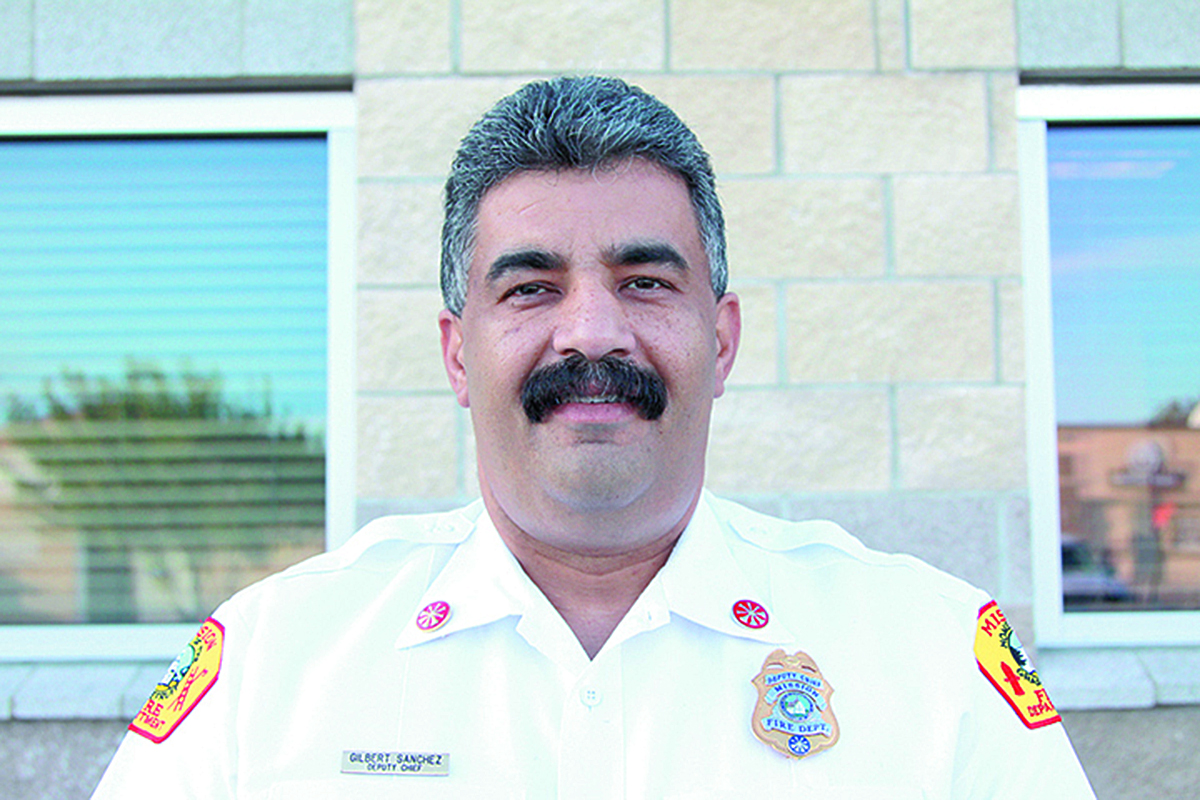 Sanchez replaces former Chief Rene Lopez Jr. who retired Nov. 18 after 35 years with the department. Sanchez said Tuesday he plans to apply for the permanent position but declined to comment on whether he is concerned about inheriting some of the problems within the department Lopez cited in his notice of retirement letter.

In his Nov. 4 letter Lopez told Mission City Manager Martin Garza he had made conditions difficult to work under so Lopez decided to resign.

“Your actions and words have made it clear that the Mission Firefighter’s Association (union) can override decisions of the fire chief regarding operations of the department,” Lopez wrote. “You have given me 6 months to be more fiscal (sic) responsible and to curtail the actions of the union or else. It is difficult to work under these conditions so I must step aside. I cannot work under the gun, constantly second guessing if I’ll be around in 6 months because there will be more concerns brought forth by the union within those 6 months.”

Sanchez declined to comment on Lopez’s statement but union president, Mission Fire Department Lt. Mike Silva, said he was offended by Lopez’s allegation the union went over his head to have the chief’s decisions overridden. Rather, Silva said the union brought some of their concerns to Garza.

Silva, who has been union president for 10 of the past 12 years – serving two and eight year terms – declined to specify any of the concerns the union discussed with Lopez or Garza. But he said concerns and conflicts are part of daily life, even as they were with Lopez’s predecessor, Ricardo Saldaña. Lopez was named chief when&nbsp; Saldaña retired in 2015 to become head of Hidalgo County’s Emergency Management Services.

“In my opinion we worked pretty well together with [Saldaña]. I won’t say there were never any concerns because they’re concerns in an everyday work environment. But to say we had conflict that is a question you would have to ask him,” Silva said.

Although former Mission Fire Chief Saldaña could not be reached for comment on his relationship with the union, Silva was at the heart of a clash between the union and management several years ago. Silva and Chief Saldaña were on opposite sides of a push by the firefighters’ union to establish collective bargaining for the city fire department in 2010.&nbsp; Silva, the local union president at the time, tried to rally support for the city proposition that failed in a May 2010 election. Silva claimed the city was not providing the necessary equipment and resources for the fire fighters, however, Saldaña disputed those claims.
Silva said he was happy with Sanchez’s appointment as interim chief.

“Gilbert-the fire marshal’s a great guy,” Silva said. “He knows the system. He’s been there twenty-something years. I don’t know what he’d bring to the table but all I can say is if he is appointed as the new chief we welcome him and think that he would do a great job for the citizens and the department.”

As for going to the city manager in the future Silva said, “We don’t have authority to override the chief’s authority, the city manager does. But one of our priorities is to protect and provide the best quality of services to our staff, the citizens of Mission and visitors who come to our town.”

Garza said Sanchez will continue his role as fire marshal and that with two assistant fire marshals he did not expect a decline in the office’s production. Contacted Wednesday Garza declined to discuss Lopez’s letter saying it was the chief’s decision to retire and he could not comment because it was a personnel matter.