VMHS Patriots
The Veterans Memorial Patriots may have been 31-5A’s fourth seed in the playoffs but they were the only team in the district to advance into the third round of the playoffs. A lot of their success this year can be attributed to their senior quarterback, Diego Hernandez, and their sophomore inside linebacker, Joey Garcia. Hernandez was named 31-5A’s Offensive Most Valuable Player and Garcia was named the district’s Co-Defensive Newcomer of the Year. 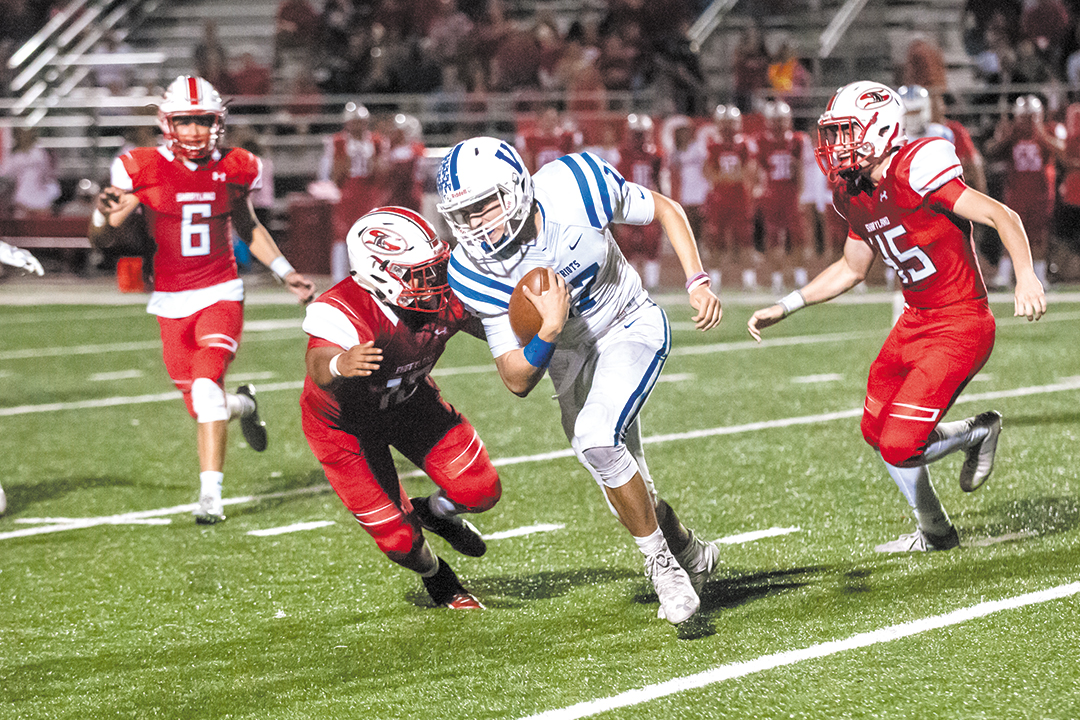 Pioneer Diamondbacks
In only its third year as a program, the Pioneer Diamondbacks football team received the most All-District recognition of any Big 7 team. Having tied Laredo Nixon for the best district record, the Diamondbacks were District Co-Champions. In addition, Pioneer’s head coach, Jason Wheeler, was named Co-Coach of the Year, sophomore running back Michael Benavides was named Offensive Newcomer of the Year, and 10 Diamondbacks’ players were named 1st Team while five were named 2nd Team All-District.

In his third year as a head coach, Wheeler is glad to see his players receive individual honors.

“If your team has a great season then your players will be recognized,” Wheeler said. “That was the case this year with our six defensive, three offensive and one special teams 1st Team players. It’s always nice for the kids to receive those honors. We teach them how to set individual goals during the year and it’s always good for the kids to get those awards.”

As for his Co-Coach of the Year honor, Wheeler said, “As I said before, that recognition comes along with having had a great year. Our players and coaches made a lot of sacrifices over the past year and I couldn’t have done it without the great staff I have now.”

As for what it meant to him to be named Offensive Newcomer of the Year Benavides said, “It means a lot because it means that our program is being noticed. That makes our team better, makes us work harder and brings us even closer together as a family. This came as a complete surprise to me. I was playing for my team and to be the best I could be for them and not for any awards I might receive.”

Sharyland head football coach Ron Adame expressed his pleasure over the number of Rattlers’ players selected All-District when he said, “Usually the district championship teams and the top two or three teams in the district have the most players on the 1st teams. But overall we’re pleased with the number of kids we had selected. As a matter of fact, I believe that all the kids we had nominated received at least an honorable mention. We even had one young man that received a 1st Team unanimous selection, Blake Klein, and one of our wide receivers, Edgar Alanis, was a repeat 1st Team selection.”