LA JOYA — Strong winds and temperatures in the low 40s did not prevent a group of 20 people from attending the Dec. 8 groundbreaking for La Joya’s first medical emergency room.

The South Texas ER is being built behind the new La Joya City Hall, 701 E. Exp. 83, and is expected to open by mid-2017, said Texas ER Management CEO Dan McLean, who will be overseeing the medical facility. 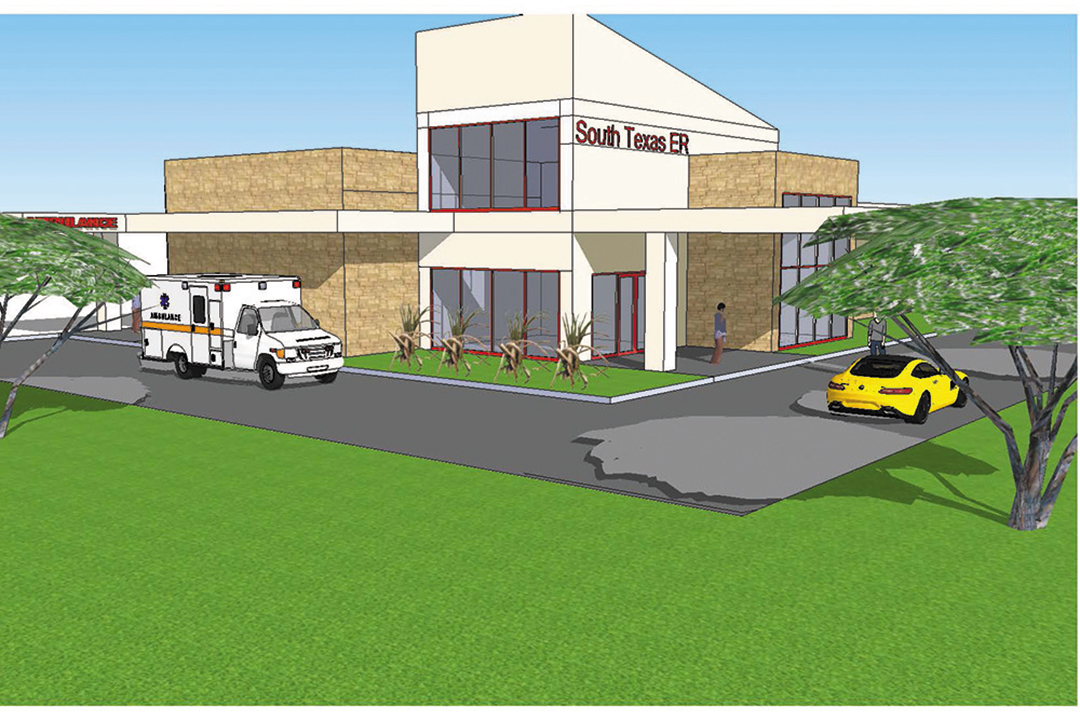 “This 6,300 square foot facility will serve as an ER where experienced physicians will be on site at all times to stabilize patients before transferring them to a hospital,” McLean said at the event. “The alternative is to wait 30 to 45 minutes in the back of an ambulance to take you to [Mission Regional Medical Center] and not all patients can wait that long.”

McLean, who previously served as CEO for Valley Baptist Medical Center-Harlingen, formed Texas ER Management two months ago and the La Joya location is their inaugural medical emergency room, he said. Construction on the ER is slated to begin Jan. 15, he said.

McLean said South Texas ER is looking to break ground in at least 12 other locations in eight different municipalities throughout south Texas within the next 18 months. The ERs will be built in areas where residents don’t have access to a hospital, much like the La Joya location, he said.

La Joya Mayor Pro Tem Mary Salinas spoke at the groundbreaking praising city officials for bringing in a much-needed service to the area.

“Events in the past have demonstrated the importance of a facility such as this,” Salinas said. “We’ve had a lot of incidents happening in front of our police department throughout the years from babies being born to people suffering heart attacks who need immediate medical attention. We all know in an emergency time is of the essence, therefore this is needed.”

City Administrator Mike Alaniz said after the groundbreaking the city contributed nothing to the construction cost but donated 1.5 acres of land where the ER will be built.

McLean said Dr. Eduardo Candanosa, M.D., on staff at McAllen Medical Center and South Texas Regional Medical Center, will be the ER’s chief medical officer and has been working to find staff to work at the ER.

“Even though South Texas ER will just be an emergency room facility that prevents us from keeping a patient for more than 24 hours, the community will greatly benefit from its presence,” said Candanosa. “We’ll be open twenty-four-seven and be able to treat people with an acute illness so anyone in the area will have an opportunity to see a doctor no matter the time of day.”