The holiday season is in the rearview mirror and district play is underway as teams are locked in and making a push to claim one of the top spots in 30-6A.

The Palmview Lady Lobos and the Juarez-Lincoln Lady Huskies are two squads focused on coming out of the district grind not only successful in their own eyes, but to put everybody else on notice. 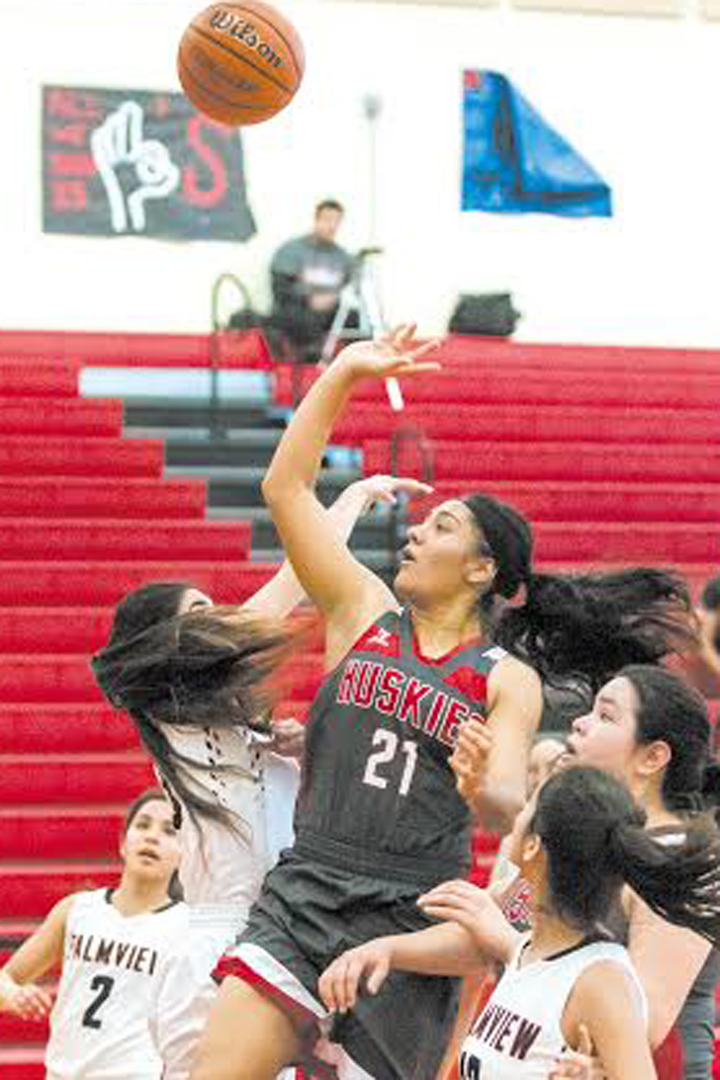 Lady Lobos head coach, Anisa Reyes is intent on building off back-to-back playoff appearances the last two seasons. This year’s squad is a threat from inside and out with attacking from the perimeter from sophomore guard and the team’s leading scorer, Renee Flores, while senior Edna Ovalle and junior Cyndar Magallon hold down the paint.

“More than anything, we’re trying to make sure we’re playing our Grade A game because everyone else is so good in our district,” Reyes said. “Mentally we have to stay focused one possession at a time, one quarter at a time; it’s just a matter of executing.”

The Lady Huskies and head coach Adrian Treviño are focused on growing and improving every game. With a young team, including nine sophomores and juniors, Treviño said putting pressure on opponents and speeding the game up is what the Lady Huskies do best.

“Our biggest asset is our speed and our quickness, even with our posts,” Treviño said. “Right now, we’re not going to beat anybody on experience; everybody has more experience than us but I think when we speed up the game it works to our advantage. The press helps create easier baskets for us and it’s something that runs throughout the program from the freshmen, junior varsity and varsity levels.”

The sister schools clashed Tuesday for a District 30-6A rivalry game as the Lady Lobos hosted the Lady Huskies. Students may be on winter break but there were plenty in the stands showing support for their teams three days into the new year.

The Lady Huskies used their full court pressure to slow the Lady Lobos and jumped out to an early 9-1 lead on the road behind two buckets apiece from juniors forward Diana Bustos and guard Noemi Millan.

The Lady Lobos fought back in the first half, led by 13 points from sophomore point guard Renee Flores and eight points from senior post Edna Ovalle to take a commanding 32-21 lead over the Lady Huskies into the locker room.

“Even though we were down, we pushed it to where we’re supposed to be and showed who we are,” said Flores, the team’s leading scorer on the season.

In the second half, the Lady Lobos used their height and length to clamp down on the Lady Huskies to pull away with a 60-34 victory. Flores totaled 20 points in the game while Ovalle dropped 15 of her own.

With the victory, the Lady Lobos improve to 2-2 in District 30-6A action while the loss drops the Lady Huskies to 0-3.

Reyes said her team wants to finish at the top of District 30-6A and build off what the program has accomplished in the previous two years.

“We want to supersede what we’ve done in the past,” Reyes said. “The past two years we’ve been very fortunate in starting something here, we just want to build on the tradition and go as far as we can. We have the tools; it’s just a matter of finishing and following through.”

Finishing in the top three is in the mind of all the Lady Lobos but Flores is also out to prove she is amongst the best in the district as she chases an offensive MVP award.

“Our goals are to finish in the top three of our district, make the playoffs and for myself, the Offensive MVP Award,” said Flores.

The Lady Lobos take the court tonight as they visit the Rowe Lady Warriors at 6 p.m. for a District 30-6A battle at Nikki Rowe High School.

Treviño said he thinks this young Lady Huskies squad is moving in the right direction while gaining valuable experience at the varsity level.

“I think we’re coming together slowly but surely. This team is filled with sophomores and juniors, that’s the heart of this team right now,” Treviño said. “I just want to see growth and hopefully it materializes into wins when you build from the bottom up. Our biggest thing is just gaining experience and I think better things are still to come.”

The Lady Huskies play host to the Mission Lady Eagles and will be looking to pick up their first district victory. The game is scheduled for 6 p.m. at Juarez-Lincoln High School Gymnasium.