After 40 years in education, the last nine as MCISD’s athletic director, Joe Sanchez has informed district officials he plans to retire at the end of the school year. 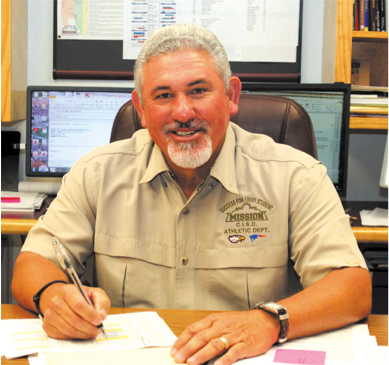 Looking back now on his career Sanchez said he leaves his AD post proud of his accomplishments.

“That has included everything from tracks and turf, to scoreboards, new field houses for Mission High School and Veteran’s Memorial High School, to the renovation of Tom Landry Stadium that is about to begin,” Sanchez said.

After retiring Sanchez said he plans to tackle lots of personal projects and spend time hunting, fishing and spending more time with his family, especially his grandchildren, he said.

Sanchez said he plans to keep tabs on MCISD teams and will occasionally be among the faces in the stand cheering on the student athletes of his longtime home and professional home of MCISD.