We here at the Progress Times know the Texas Citrus Fiesta is is always a yearly highlight for the City of Mission.

All of us here will be at the parade for coverage of all the TCF events. This includes the Citrus Youth Show, the Fun Fair, Vaquero Cook-off and of course, the Parade of Oranges. 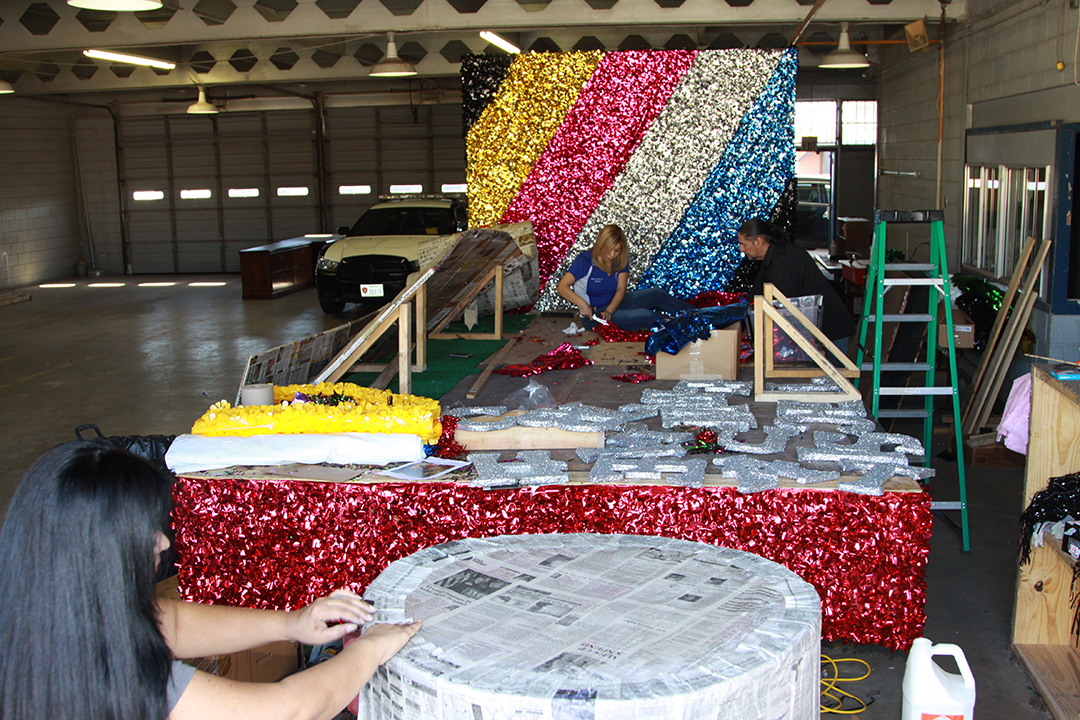 Tomorrow’s issue will include a schedule of road closures so be sure to pick up a copy of it where ever our newspapers are sold.

We’d like to remind you we are still doing our subscription special that ends tomorrow. With this deal, you can get a one year subscription to the Progress Times for just $13, that’s a $20 value!

All you have to do is call our number at (956)585-4893, subscribe online or come to our office to drop off a subscription order form available in tomorrow’s issue.

Keep reading for a teaser on our front page.

As of press time Thursday and with the National Weather Service predicting a 50 percent chance of rain Saturday, Texas Citrus Fiesta officials say the 80th Annual Parade of Oranges will go on tomorrow no matter the weather.

“Rain or shine we’ll go with the flow,” said TCF President Bill Filut, adding nearly 200 entries have signed on for the parade that starts at 3 p.m. and runs down Conway Avenue from Griffin Parkway to 4th Street.

Though the original contract called for work on the connection of Inspiration Road under Expressway 83 in Mission to have been completed this week, the project’s manager said it could be April before the work is done. Meanwhile another project is just getting under way in McAllen that will cause traffic delays on the expressway east of Mission.

That’s what Jesus Noriega, an engineer with the Texas Department of Transportation, reported Jan. 24 to the board of directors of the Mission Redevelopment Authority. Noriega briefed the MRA board one day after the originally contracted completion date for the Inspiration Road expansion had passed, he said.

It’s a familiar story:  Union versus employer.  In this case, the union is the Mission Fire Fighters Association (MFFA) and the employer is the City of Mission. Due to their different perspectives, they see the “facts” differently.

To make things yet more interesting, the clash is between Mission Mayor Norberto “Beto” Salinas and his son-in-law, Mike Silva, president of the Fire Fighters Association.

The conflict flared up at the Monday, Jan. 23, Mission City Council meeting when Mayor Salinas became upset by posts on the MFFA Facebook page criticizing the city for inadequate staffing of the Fire Department.

A 61-year-old Mission woman was killed Jan. 20 when she was struck by a van near the city’s east side, Mission police reported. It was the second pedestrian death in the city in just over a month.

The most recent victim was identified as Lois B. Brooks, who police spokesman, Lt. Jody A. Tittle, described in a press release as a longtime Mission resident.  Tittle said about 6:40 a.m. Mission Police received a call regarding an auto pedestrian accident at Business 83 and San Antonio Ave.  He said a passenger van was traveling westbound on Business 83 and began to turn south on San Antonio subsequently hitting Brooks. Tittle said the van’s driver stopped and called authorities. Upon arrival police found Brooks’ deceased body. Justice of the Peace Luis Garza was called to the scene and pronounced Brooks dead at 7:26 a.m., Tittle said.