With our latest issue set to hit newsstands tomorrow, we’re providing you readers a first look at our front-page stories.

Below are teasers for some the biggest stories you’ll be reading tomorrow. They range from an overview of last week’s Mega Winter Texan Fiesta, an introduction to our new editor and a bill filed by State Sen. Juan “Chuy” Hinojosa, D-McAllen.

Be sure to read the complete stories on our issue tomorrow wherever are newspapers are sold. 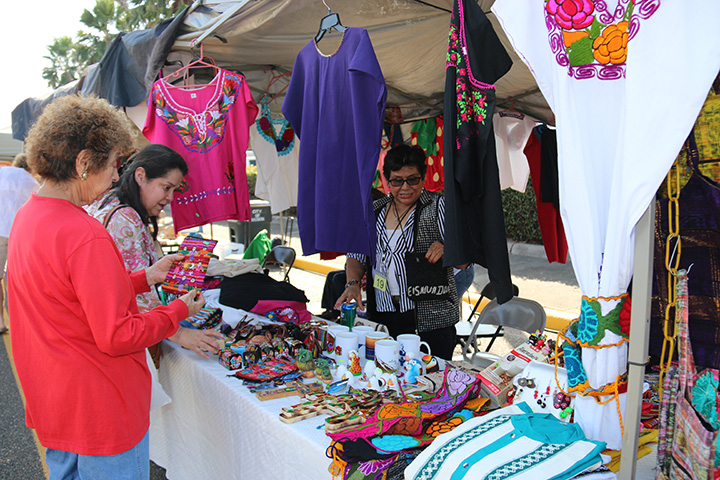 ‘We don’t have this in Minnesota’

Minnesota residents Dave and Kathy Farlinger have been to a lot of open-air markets in their day. But if there’s one thing they agree on they can’t find one in Minnesota like the one held last weekend by the Mission Historical Museum.

“The crafts are beautiful. They’re different things that we’ve never heard of before,” Kathy Farlinger said. “That’s why you go traveling, you want to see something that you can’t see at home.”

The Farlingers were among an estimated 1,000 Winter Texans and Valley natives alike who walked about multi-colored stands last Friday and Saturday and purchased artisanal crafts, food and drinks. It was all part of the Mission Historical Museum’s fourth annual Artesano Market Days, part of the Mega Winter Texan Fiesta thrown by the Mission Chamber of Commerce and the City of Mission and held in front of the museum at 900 Doherty Ave., in Mission.

Mission may be next site of unaccompanied minor immigrants

Officials of two Rio Grande Valley Baptist Church organizations have confirmed negotiations are underway that may lead to Mission becoming the next site of a temporary holding center for unaccompanied minor immigrants.

If plans come to fruition it could mean about 300 new jobs in the city, one official said. But leaks about the proposal have already prompted concerns from some area residents.

Following what he described as “pushback” from his constituents, State Sen. Juan “Chuy” Hinojosa, D-McAllen, filed a bill Feb. 10 aimed at blocking the Agua Special Utility District board of directors from hiring elected officials.

If passed, State Bill 814 would prevent Agua SUD, which provides water services to nearly 15,000 residents in Western Hidalgo County, from employing elected officials who oversee the schools and cities where utility board members work.

Jim Brunson, publisher of the Progress Times and Sharyland Times has named Joseph M. Hinton as editor of the two local newspapers.

“Joe brings solid journalistic experience to this position and has demonstrated his ability to get to the bottom of a story,” Brunson said.

Born in Washington, D.C. and raised in McLean, Va., Hinton, 58, is a University of Arizona Journalism School graduate who brings a variety of experiences to the job. Hinton worked his way through college as a restaurant cook and waiter, cutting lawns, working in the UA library, six years as a Marine Corps reservist and contributing to the university’s daily newspaper.

Mission’s city council has taken steps paving the way for an Austin-based developer to increase the number of rent-subsidized apartments in the city.

As it stands now there is an 18-month to two-year wait for one of the approximately 1,000 subsidized housing units managed by the Mission Housing Authority, said Jaime Ayala, the authority’s deputy executive director. Ayala said there are currently 1,700 families on the authority’s waiting list hoping to obtain low-income housing in the city.

City of Alton- Notice of Intention