The news of the death of Eligio “Kika” de la Garza evokes feelings of sadness mingled with fond memories of a gentle giant of a man. We miss him already. His gentle manner. His warm, caring spirit.  His can-do attitude and confidence that you can become anything you aspire to be in this country, if you put in the hard work.

His life was a living testament to this philosophy, which he often shared with school children when he had the opportunity to speak to them. 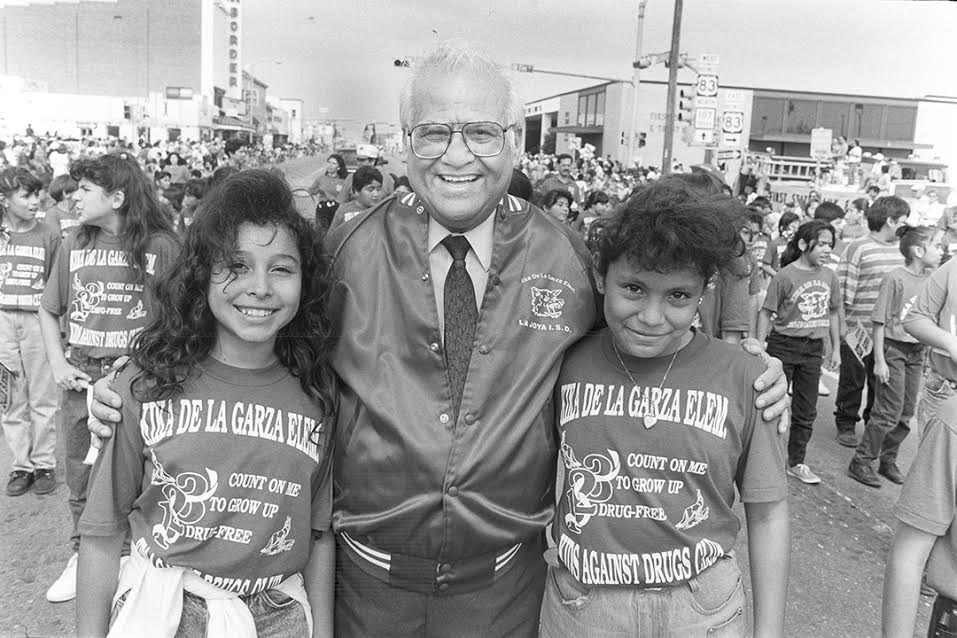 He was only 5 feet, six inches tall. He came from very humble beginnings, working in downtown Mission as a shoeshine boy and newspaper boy.

He left high school before graduating at the age of 17 to join the military in 1944 during World War II. For some, such circumstances would seem too much to overcome to enjoy much success in life. But Kika pressed forward and worked hard to come back after the war to complete his education, earning not only a college degree, but a law degree as well.

I remember him coming to the Mission Kiwanis Club to speak on several occasions in the 1980s.  He was a friend to everyone, down to earth with no evidence of conceit or pride in his demeanor.  And he never changed. That was Kika.

Serving in Congress for 32 years, he worked on many important issues ranging from the beginnings of a program that became the Head Start program of today to NAFTA and free trade. As chairman of the Committee on Agriculture, he was known by leaders throughout the world. He worked alongside the nation’s leaders in Washington D.C. and counseled with many different presidents, from Nixon to Clinton. Yet, Kika never changed. He always remembered where he came from. That’s a big part of what made Kika so remarkable. So loved and appreciated by the people he served.

Wednesday, Mendi and I visited with his wife, Lucille, his daughter, Angela, and granddaughter, Jennifer.  We shared memories of a beloved father, husband and grandfather.  When I mentioned his humble beginnings as a shoeshine boy, Lucille shared this story.

As a shoeshine boy, his favorite customer was Judge D. F. Strickland because the judge would always pay him a quarter for his shoeshine instead of the usual five cents. One day, as Kika was shining his shoes, the judge asked him, “What do you want to do when you grow up?”  In reply, Kika asked, “What do you do?”  The judge said, “I’m a lawyer.”

“Then that’s what I want to be – a lawyer just like you.”

And that’s what he did – and so much more.

Former congressman Joe Kilgore, Kika’s predecessor as congressman for the 15th Congressional District, was master of ceremonies for the “Tribute to Kika” held at the McAllen Civic Center honoring Kika when he announced his retirement from Congress in 1996. He told the audience that there had been only five representatives from the district since its creation, beginning with John Nance. Kika had served the district for 32 years, longer than all the others combined. Kilgore added, Kika was the only representative from District 15 who became chairman of a national committee.

The Honorable Dan Glickman, U.S. Secretary of Agriculture and keynote speaker for the event, described Kika as a congressman who served the powerless and the most powerful people with the same dedication. Citing Kika’s dedication to agriculture and farm programs, Glickman said it would be De la Garza’s legacy to know that he had helped put food on the table for hungry people through the many programs he oversaw as part of the Committee on Agriculture.

In closing, Glickman said Kika was “a decent man and not a phony.”

Those were simple but powerful words describing the character of a simple man who never let his success as a national leader go to his head.

Upon his retirement, Kika said part of the reason he was stepping down was because of the partisan politics in Congress.  He said when he was first elected, most of the congressional leaders worked for the good of the entire country. But that has changed.

There is much we can learn from Kika, even with him gone on ahead of us in life’s journey.  He was always the humble congressman from South Texas who was dedicated to serving “his people.” He remembered his roots and delighted in helping others.

He knew who he was and where he came from. And he was never ashamed of that; he had no reason to be. No, he wasn’t a wealthy man in the sense of worldly wealth, but he found better riches in his family and in being a true servant of the people.  He was the kind of leader –the kind of man – I wish all our leaders could be.

Letter to the Editor