With our newest issue set to be released tomorrow, we’re releasing a look at our front-page stories.

Be sure to pick up a copy wherever our newspapers are sold to read the complete version of these stories. 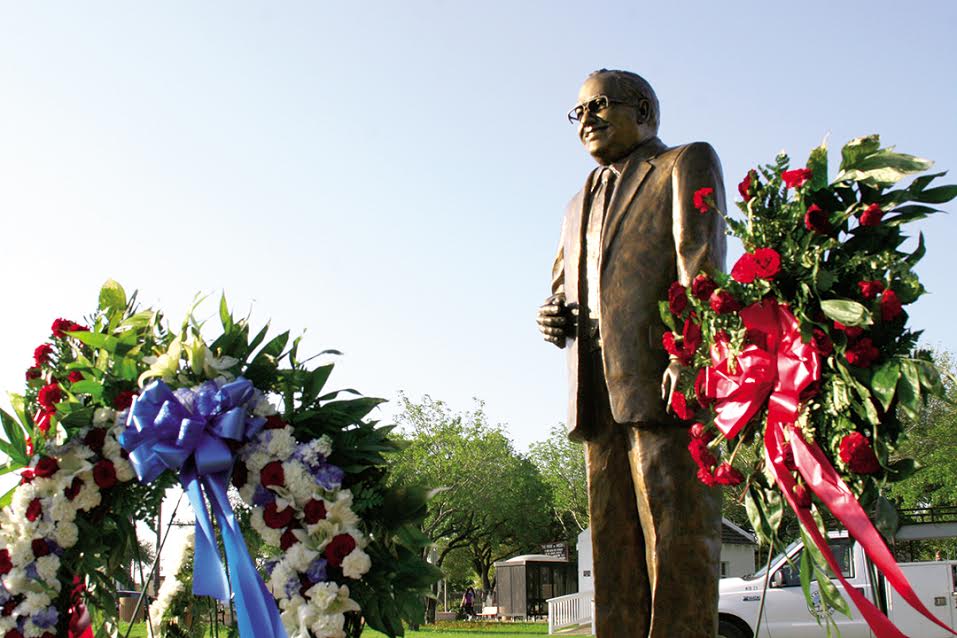 The late singer/song writer Harry Chapin famously wrote, “All My Life’s a Circle,” a song title that could have been written for former Democratic U.S. Rep. Eligio “Kika” de la Garza.

De la Garza, who died March 13 of kidney failure at 89, was eulogized in the church where he was baptized, received first communion and served as an altar boy before serving in the Korean War, representing South Texas in Austin, Texas in Washington and the U.S. around the world.

Following a 75-minute service March 17 at Our Lady of Guadalupe Catholic Church in Mission, attended by about 600 people, he was laid to rest following a 21-gun salute at Valley Memorial Gardens Cemetery in McAllen, in the county in which he was raised and the city in which he died.

De la Garza was eulogized by his priest, son, daughter and other family members as a good, humble man who loved others and always tried to do best for his family, community, Texas, the U.S. and the world.

A math teacher, web page designer, aeronautical engineer and jeweler-cum- party designer are the latest recipients of grants from Mission’s Economic Development Corporation, each of whom have start up businesses in Mission.

Recipients of a total $42,500 in grants from the EDC’s Ruby Red Ventures Program were introduced Tuesday during the corporation’s regular monthly meeting at the Center for Education and Economic Development. The grants are provided from a half-cent sales tax assessed by the city.

Five weeks after a senate bill was filed seeking to limit who can work for the Agua Special Utility District, three local entities affected by the proposed legislation have almost simultaneously passed resolutions against it.

Around mid-day Monday the Agua SUD board of directors, the La Joya School Board and the Peñitas City Council each passed resolutions in opposition to Senate Bill 814.

Parking tickets are so rare in the City of Mission a municipal court employee recently could not find a statute for the violation to cite the amount of the fine.

“That’s like something that happens in McAllen,” said the worker, whose name will not be used.

But that may soon change as this week students returned to two southside schools with new traffic and parking restrictions in place.