Alton’s assistant city manager said plans to more than double the width of one of the city’s two main thoroughfares will not impact a roadside memorial honoring 21 Mission students who died in a 1989 school bus crash in the city.

The comment from Jeff Underwood, assistant Alton city manager, followed the Alton city commission’s approval to spend $1.3 million to acquire property along an approximately four mile stretch of 5 Mile Road for the widening project. The allocation matches what Hidalgo County is providing for an overall $22 million Texas Department of Transportation project that will widen 5 Mile Road between State Hwy 107 and Ware Road. The project will double the number of lanes from two to four and include a center turning lane with shoulders on both sides, Underwood said. 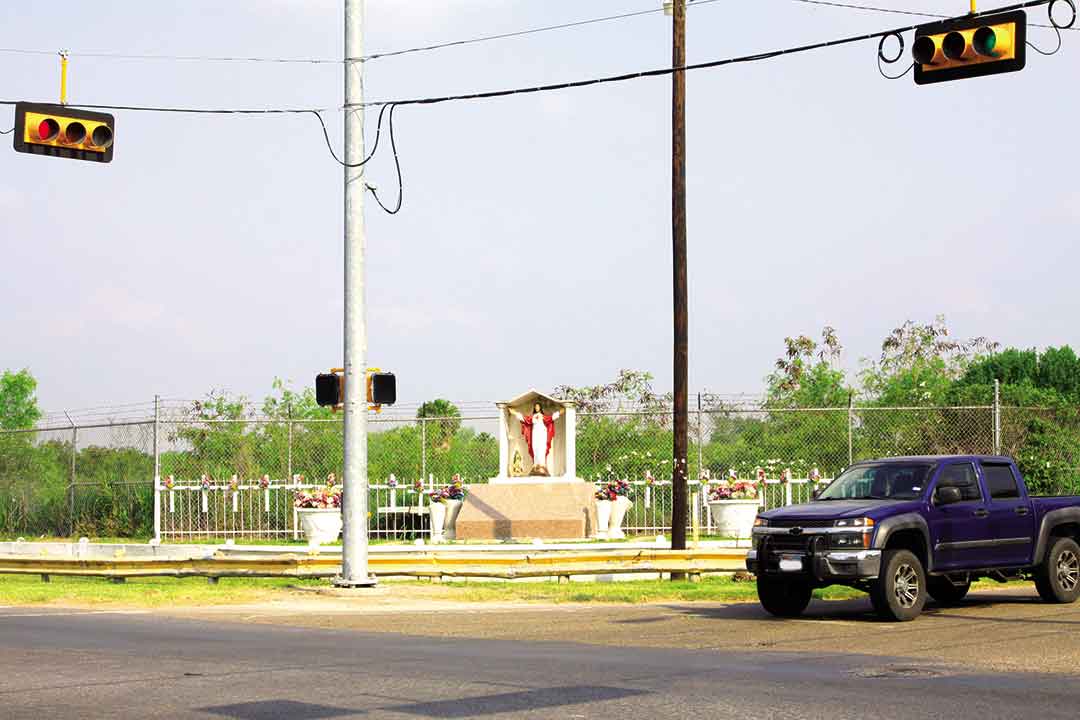 “That was important to the mayor, to make sure we had center turn lanes and sidewalks because he wants to make it as safe as possible for our pedestrians while at the same time making it convenient for vehicular traffic to pass through,” Underwood said, referring to Alton Mayor Salvador Vela.

Though Alton’s annual budget is about $5 million, Underwood said the allocation will not adversely impact the city’s bottom line because the majority of the funding will come from a certificate of obligation the city has already approved for several other projects, including the property acquisition. The funding must be paid to TxDOT by Nov. 1, 2018, according to the city’s agreement with the TxDOT and the county.

Underwood said a public hearing was held in January to inform the public about the project and that TxDOT mailed over 300 letters to property owners who will be have to sell a portion or all of their property to make room for the project. But Underwood said until the final map is created we won’t know exactly what the impact will be area on residents and businesses.

&nbsp;”The engineers have been as creative as possible in order to mitigate the impact on the business and homeowners as much as possible,” Underwood said.

“There will be some relocations, there’s no doubt about it, meaning the house or business will have to be moved through the process and those people will be fairly compensated.”

One thing Underwood said he was sure of, the project will not affect the memorial of 21 crosses and a statue of Jesus located at the northwest corner of 5 Mile and Bryan Roads. The memorial commemorates the day in September 1989 when a soft drink delivery truck struck a Mission school district bus carrying 81 junior and senior high school students sending it over an embankment and submerging in a flooded caliche pit killing 21 and injuring many others. Underwood said the preliminary schematic provided by TxDOT has the road curving to the south at Bryan Road.

“So the quarry will stay as it is and the road will not impact the memorial,” Underwood said, adding it has been discussed among city officials about moving the memorial inside a park since beimg built alongside the quarry but that no decisions have been made.

Maria Salas, 66, has owned PrintShip at 312 Main Ave. (5 Mile Road, also known as FM 676) in Alton for 20 years. The parking lot in front of her business is a little more than a car’s length off the south side of 5 Mile Road. Salas said her family purchased the adjoining property to her business years ago in the event the road was widened as she was told by a city official it would be one day.

If the road-widening project takes a portion of her current parking lot she plans to use the adjoining property as a driveway for parking in the rear of her building, she said.

Salas said she’s not sure what plans are in store for her property because she was visiting a relative in Houston at the time of the &nbsp;public hearing. But Salas said she will take whatever comes in stride.

“The state is going to do what the state wants to do anyway so why get upset about it,” Salas said.