Perhaps it was a foreshadowing. On a dark, cold, foggy morning three days before Christmas a grainy surveillance video shows Mission businessman Oscar Garza leaving his gated driveway in the 3200 block of North Bryan Road with a fully grown German Shepherd and two Great Pyrenees puppies on leashes and an illuminated phone in hand. 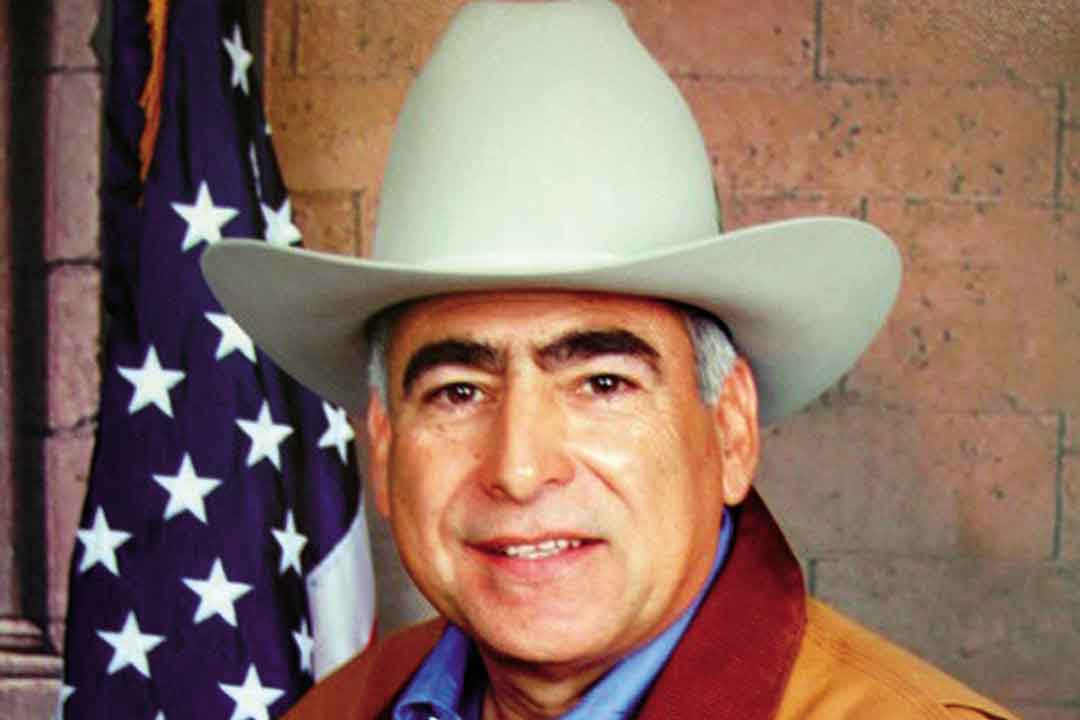 There is no sidewalk on either side of Bryan Road. About a third of a mile away, Garza and his Shepherd were struck and killed while on a 27-foot-wide bridge that passes over the city’s north side drainage ditch located just north of East 29th Street.

According to the Mission Police investigative report obtained by the Progress Times, there were two vehicles, traveling in opposite directions, crossing the bridge at the same time as Garza. Both drivers said Garza and at least one of his dogs were in the center of the bridge, sandwiched between the two vehicles when they were struck and killed by the southbound driver.

Earlier this week Mission Police Chief Robert Dominguez said no charges would be filed against the driver who struck and killed Garza, 42-year-old Rudy Treviño, of the 1400 block of East Franklin Street in Alton.

But Dominguez said his department has forwarded its investigative report  pertaining to a 61-year-old Mission woman who was struck and killed in a January 20  early morning incident, to the Hidalgo County District Attorney’s Office for presentation to a grand jury for possible indictment. In the second case a forensic analysis indicated 42-year-old Roberto C. Sanchez of McAllen was possibly talking on his cell phone when he allegedly struck and killed Lois B. Brooks at the intersection of Business 83 and San Antonio Street. But more on that case to follow.

In Garza’s case, police records show at 6:28 a.m. on Dec. 22, 2016 Mission resident Narsedalia G. Rios, 50, called 911 to report a man and dog had been hit by a southbound vehicle that was crossing the bridge at the same time she was traveling north driving a black 1998 Chevrolet Tahoe SUV.

She said just prior to the collision the man who was struck was in the center of the bridge and appeared to be struggling with a large dog. She said she could see several leashes in the man’s hands but because of the oncoming vehicle’s lights she only saw one dog. She said just as she passed the man with the dog she could hear the collision between he and the oncoming vehicle.

At about the same time as Rios was calling 911, Treviño, a city Parks and Recreation employee, called Mission police dispatch directly from his cell phone to report the incident.

“There was a person walking and he was in the middle of two vehicles and, ah, I was the one that hit him by accident,” Treviño said. He told the dispatcher the person “just swayed right into my side. He just ran into me. He avoided the other car and he got in my way. When I wanted to move to the other side he was already right on top of me.”

However, in a subsequent interview Treviño, who was driving a red 1996 Chevrolet S10 pickup truck, told an investigator conditions were such that he could barely see a car-length in front of him and that he never saw a man, just a shadow passing by the driver’s side window.

One police investigator noted a city streetlight at the bridge was out. Another arriving at the scene at 7:04 a.m. described a dense fog in the area.

Treviño told police he thought he had run over a dog until Rios, who had made a U-turn after hearing the collision, told him she had seen a man and that they needed to look for him. Per the investigative report the dog was still in the middle of the bridge and the pair found Garza’s body 102 feet from the impact point on the east side of the road just south of the bridge. He was motionless and badly injured. That was when the pair called for help, per the report. By studying the video provided by Garza’s neighbor, investigators were able to determine Treviño was traveling the posted 40 mph speed limit when he drove past Garza’s home.

Garza was transported to Doctor’s Hospital at Renaissance in Edinburg where he died a short time after arrival. An autopsy report indicated Garza, 59, died of multiple injuries including severe head trauma.

Rios told a 911 dispatcher she was nearly upon the man on the bridge before she saw him.

Despite the decision by Mission police not to file criminal charges against Treviño, Garza’s daughter, Carina C. Garza De Luna, a McAllen-based attorney, said the family plans to obtain their own copy of the investigative report and review it.

“We want the right thing to be done and justice to be served. And once we gather all of the evidence we’ll be able to determine whether that was done,” she said. “If we feel that more needs to be done regarding gathering evidence we have considered filing a civil suit and deposing the witnesses that were involved.”

If the family determines Treviño was negligent in avoiding her father they plan to file a wrongful death lawsuit against him.

“We would seek the maximum damages allowed under Texas law,” she said.

Garza’s widow, Mission City Councilwoman Norie Gonzales Garza, said her husband’s loss has been the source of continuing pain to her and the family.

“We would like to extend our heartfelt thanks to the witness, Narsedalia G. Rios, for taking swift action in pulling over and calling an ambulance, the emergency responders that attended to Oscar, and our wonderful community for their prayers and outpouring of support during this difficult time. We ask for continued prayers as we try to get through each day without the patriarch of our family – our daddy, granddaddy, and husband,” Garza said.

According to the police report, the video recorded Garza’s other two dogs found their way home, one at about 6:25 a.m. and the other about two minutes later.

In the city’s second pedestrian fatality case it was at approximately 6:42 a.m. on January 20 when Mission resident Roberto C. Sanchez, 42, of the 4900 block of Heron Avenue, called 911 to report he had just struck a pedestrian who was later identified as Lois B. Brooks of the 2000 block of School Lane in Mission.

According to Mission Police reports, Brooks was crossing San Antonio Street heading west when she was struck by a Mi Casa Adult Daycare van driven by Sanchez who was turning south onto San Antonio from the westbound lane of Business 83.

Sanchez, who was driving a 15-passenger, Ford F350 van, told a responding officer because it was dark and drizzling rain he did not see Brooks before hitting her. According to Sanchez and witnesses, he performed cardiopulmonary resuscitation on Brooks after calling 911. Brooks was declared dead at the scene after paramedics arrived, per the police report.

In a subsequent interview a Mission police investigator noted that at first Sanchez told him he had seen the woman walking along the street but then said he had not seen her until “she appeared out of nowhere” and he hit her with the van.

The investigator, Tomas Garces Jr., reported Sanchez denied being on his phone when he struck Brooks. Sanchez told Garces he had been on the phone shortly before the incident helping another day care driver with directions to a client’s location but that the call had ended prior to the collision. Sanchez told Garces he still had the phone in his hand when he struck Brooks.

Another investigator reported the other daycare driver confirmed she had been on the phone with Sanchez that morning but Sanchez had said nothing about a crash prior to ending the call.

Garces reported a forensics review of Sanchez’s phone showed he was using it 26 seconds prior to calling 911. The police report indicated a forensics examination was to be conducted on the other daycare driver’s phone but results of the exam were not included in reports provided to the Progress Times.

Police Chief Dominguez said it was anybody’s guess when the Hidalgo County District Attorney’s Office would get around to presenting Sanchez’s case to a grand jury.  As of press time Sanchez’s name was not listed among criminal defendants on the county’s criminal records website.

Murray Moore, an assistant Hidalgo County district attorney said Tuesday she could not comment on pending cases but said cases are not presented to a grand jury until all evidence has been received. She said it can often take up to a year or more for the state’s crime lab to return results of toxicology exams of subject blood samples. According to the Mission police report a sample of Sanchez’s blood was taken and submitted for testing on the day of the incident.