A former banking executive has been named president of the Greater Mission Chamber of Commerce.

Robert Rosell, a former assistant vice-president and corporate compliance officer for BBVA Compass Bank was introduced to Mission’s mayor and city council during the council’s April 24 regular meeting. It was Rosell’s first day on the job. 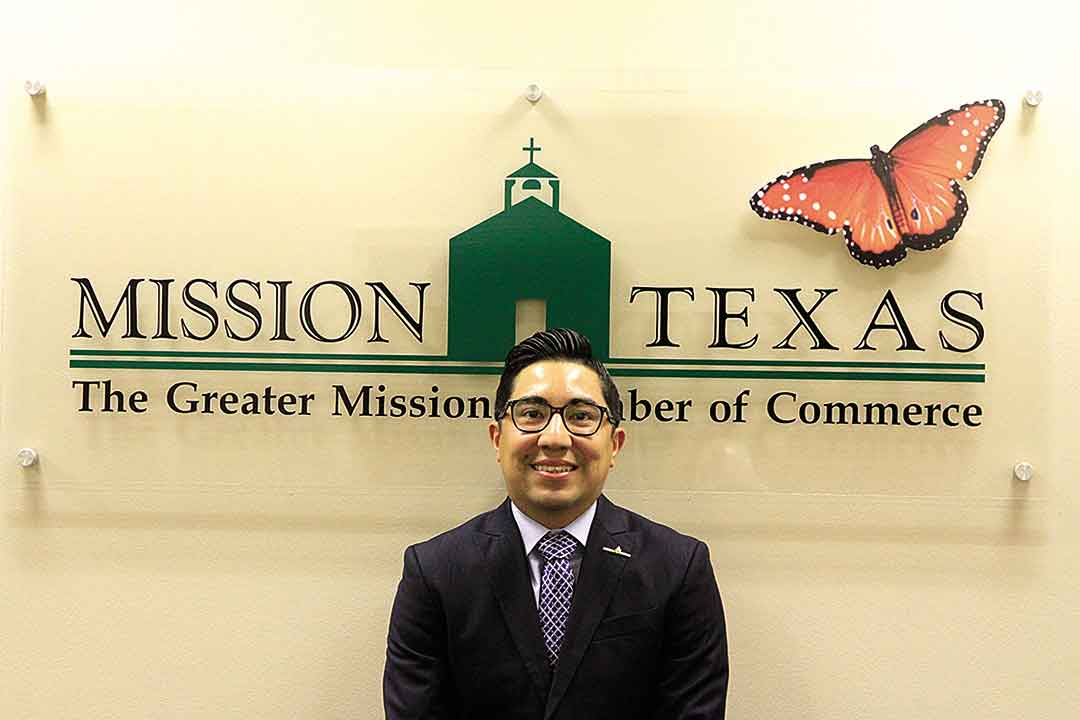 Rosell, 30 a Waco native, has worked in the Valley for 13 years and lives in Edinburg with his wife, the former Maribel Montoya. She is a general manager of an Ulta Beauty store, Rosell said.
Rosell has a bachelor’s degree in political science and English and a master’s degree in public administration from the former University of Texas Pan American campus, now UT Rio Grande Valley.

Besides work as a banking compliance officer, Rosell has been a legal assistant for immigration and bankruptcy law firms. He currently is the board president of the South Texas Literacy Coalition; he co-chairs the Volunteer Income Tax Assistance program of the United Way of South Texas, which provides free tax preparation services to persons with incomes of $54,000 or less.  Rosell said the program last year saved mostly low-income clients a combined $450,000 in tax preparation fees in Hidalgo County.

Rosell is also on the board of directors of Big Brothers and Big Sisters of South Texas. He stepped down from the BBVA Compass Bank Community Relations Committee when he took the job with the Chamber of Commerce.

Rosell will oversee the day-to-day operations of the chamber and reports to the 15-member board of directors.

During an interview in the chamber’s boardroom Wednesday,  Rosell said he first became interested in community development overseeing the bank’s compliance with federal regulations of small business loans and small farm loans.

Rosell said he sought the job as chamber president and chief executive officer so he can put his background in banking and public administration to use serving Mission’s business community.

“Say for example a small business comes along and maybe they don’t know how to obtain a small business loan. We definitely want to connect those pieces together.” Rosell said. “And that’s what we want to do here is serve as a foundation for small businesses all the way up to our corporate partners.”