Much like the South Texas summer, competition on the track and baseball diamond is heating up. The postseason has arrived for softball and baseball teams while the UIL State Track Meet is also just around the corner.

Softball
The District 31-5A champion Pioneer Lady Diamondbacks and Head Coach Orlando Garcia finished the season with a perfect 16-0 record in district action, going 24-3 overall. The Lady Diamondbacks district winning streak currently sits at 28 after last year’s Pioneer squad went 12-0 on their way to a 31-5A title.

“This is our third year as Pioneer being open and one of the key things is the stability we’ve had,” Garcia said. “We have five seniors that have anchored the group and I think the biggest thing is we’ve had some young girls come in and these older girls have embraced that and that’s allowed us to have the success we’ve had.” 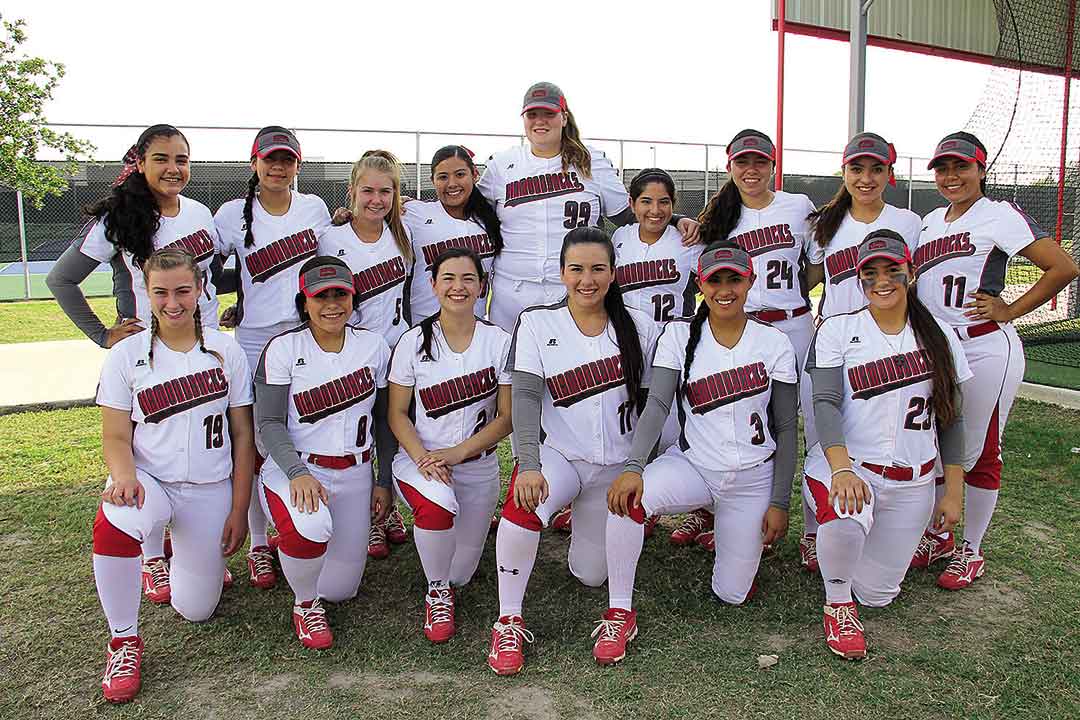 In last week’s bi-district round, the Lady Diamondbacks took down Brownsville Lopez 5-3 in game one and won game two 13-12 in thrilling fashion with a seventh inning walk-off hit by sophomore Sarah Odale.

“They [Lopez] weren’t your traditional fourth place team, they came ready to play,” Garcia said. “They hadn’t been in the playoffs for two or three years. When we went over there, the environment was loud. I told the girls that series is over, it’s a brand new start, we have a new opponent, a different approach, and we’ll be ready for that.”

Pioneer enters the area round against Tuloso-Midway riding an 18-game win streak, with their last loss coming more than two months ago.

Shortstop Emily Michki, one of the five seniors on the team, said the third round has been elusive to the Lady Diamondbacks and they are focused on changing that this year.

The Lady Diamondbacks’ area round playoff matchup will be against the 25-8 Tuloso-Midway Cherokees in a best-of-three series that will be played at Falfurrias High School. Game one is set for 7 p.m. tonight, game two at 5 p.m. Saturday, and if necessary, game three will follow 30 minutes after.

Baseball
The Mission Veterans Memorial Patriots brought home their fifth consecutive district championship this season, finishing 14-2 in 31-5A and 23-4 overall. Led by Head Coach Casey Smith, the Patriots posted a 10-game win streak on their way to the 31-5A crown.

This Patriots’ team has plenty of leadership and postseason experience with six seniors and eight returning starters from last year’s squad.

“You like to have senior leadership because you’ve got experience with guys who have been there…and there’s some urgency there for the seniors,” Smith said. “ [Donna’s] scrappy. They’re going to play with a lot of emotion, which is something we’re going to have to match. What I’m looking for is for them to play hard and with emotion. That’s one thing we have not done consistently and it’s something we have to improve on.”

In District 30-6A, the La Joya Coyotes finished with an 8-4 record and are riding a four game winning streak entering the postseason. The Coyotes and Head Coach Mario Flores went 4-2 against the three other 30-6A playoff qualifiers, losing twice to the district champion McAllen Bulldogs by a combined four runs.

The Coyotes’ best-of-three bi-district matchup will take them to Laredo to take on the United Longhorns (9-5, 17-11) for game one at 8 p.m. at Uni-Trade Stadium tonight. Game two and three will be played Saturday in La Joya at the La Joya Baseball Complex. The games are scheduled for 5 p.m. and, if necessary, game three will start 30 minutes after the conclusion of game two.

The Palmview Lobos finished the season with an 8-4 district record. Last year’s 30-6A MVP Leo Perez has paced the Lobos throughout the year with Head Coach Manuel Garcia Jr.’s instruction.

The Lobos will be taking on the San Antonio Southwest Dragons (9-5, 19-6) in best-of-three series. The first game is set for 8:30 tonight at Southwest High School in San Antonio. The second game is scheduled at 5 p.m. Saturday and the third game, if necessary, will be played 30 minutes after.

Track and Field
Last week’s Regional 5A and 6A Track Meets were held in San Antonio at Alamo Stadium, and four student-athletes from the Big 7 schools qualify for next week’s UIL Track and Field State Meet in Austin.

In 31-5A, Sharyland Pioneer’s Jordan Wilson, the hoopster who is in just his second year of competing in track and field, qualified for the state meet by finishing in second place in the long jump with a distance of 21-10.50. Sharyland’s Johnny Howell finished second in the shot put with a throw of 58-06.50.

The meet begins May 11-13 at Mike A. Myers Stadium, the home of the University of Texas Longhorns track and Field team.