Track and Field
Pioneer High School’s track and field program sent three student athletes to the UIL 5A State Championships, and although they didn’t bring back medals, they helped build a foundation that shows the Diamondbacks can compete with anybody in Texas.

Senior Jordan Wilson set a personal record in long jump at state with a distance of 23-0.75 feet, narrowly missing out on a medal with a fourth place finish. 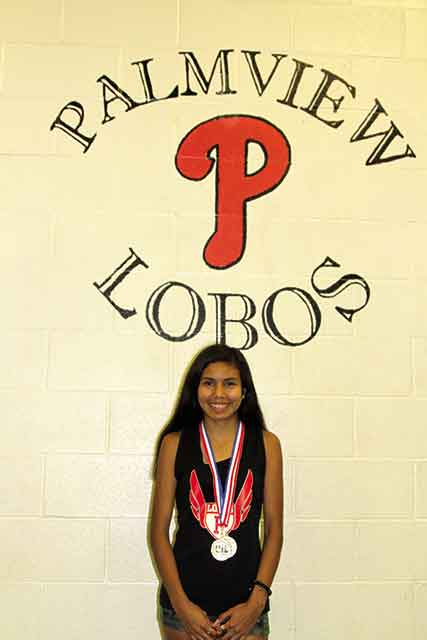 The two-sport student athlete was happy to earn his shot at state after only participating in track and field his junior and senior years. Now, Wilson is proud his accomplishment could help lead the way for future track and field athletes at Pioneer to follow in his footsteps to state.

“All the underclassmen are going to look up to the people who went to state, so they’re going to try to work hard, win district, regionals and make it to state themselves,” Wilson said.

Senior shot putter Malaya Pistokache finished in ninth place with a throw of 37-03.25. After graduation, Pistokache will take her game to the University of Houston where she will throw for its track and field team.

Junior Johnny Howell finished in fourth place in shot put with a throw of 54’6. Howell set a personal record at last month’s regional meet by throwing 58-6.5, which would have been good enough for a second-place finish at state.

Seven of the nine boys’ shot putters across Texas that advanced to the state meet will graduate shortly, setting up Howell for a big senior year.

Pioneer Head Track Coach Thomas Lee has high hopes for Howell next season and is proud to coach student athletes who worked to meet their goals.

“I’m hoping next year Johnny’s going for shot and discus and then we’re signing him to a Division I school for track,” he said. “It’s nice to send boys and girls to the state meet in track. That’s our ultimate goal and we have three good kids that worked very hard this year to meet that goal.”

In 6A, Palmview junior Brianna Robles, who became the first girl to advance to the state meet in the program’s history, finished in eighth place in both the 1600-meter run and 3200-meter run but performed the best she has all year. Robles set a personal record in the 1600 with a time of 4:58.97, shaving almost six seconds off previous personal record set at regionals. She also recorded a season-best time of 10:54.95 in the 3200-meter run.

Boys Golf
Sharyland sophomore Jun Min Lee, who goes by Jimmy, has become a force in just two years at the high school level. Lee will be making his second appearance at the 5A Boys’ Golf State Tournament May 22-23 held at the Woldancer Golf Club in Bastrop to compete against the best across Texas.

Head Golf Coach at Sharyland Fernando Rodriguez attributed Lee’s success to the work he has put in all year long.

“It’s what he does in practice, continuing what he’s been doing,” Rodriguez said. “Going out to the range, working on short game, chipping, putting – it’s something that you prepare all year for.”

Lee earned his way to the state tournament with a second place finish at the Class 5A Region IV tournament on April 26-27 at the Golf Club of Texas in San Antonio, where he shot a 138, just four strokes back from a first place finish.

Lee, who has played the Wolfdancer Golf Club course once before, will rely on the experience he gained at last year’s state tournament where he was in second place after day one before falling to a 10th place overall finish.

“He’s matured from last year; last year was kind of a learning experience,” Rodriguez said. “He plays tournaments up here in Austin, Houston and Dallas, gaining that experience playing with players he will more than likely be playing with this coming week.”

Now, Lee is looking to put two solid performances together on both days to give him the finish he desires.

“Everybody’s expectation is to come up here and be a state champion and of course that’s the way it should be,” Rodriguez said.

Also making his way to the state tournament is Mission Veterans Memorial senior Diego Hernandez, who finished in third place after a two-day score of 146 at the Class 5A Region IV tournament last month. 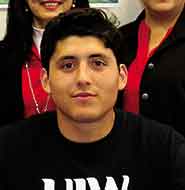 The Boys’ Golf State Tournament is set to tee off at 8 a.m. May 22-23 in Bastrop at the Wolfdancer Golf Club in Bastrop.

Baseball
The 31-5A District Champion Patriots suffered a second round exit in the playoffs after losing a best-of-three series to Calallen. After dropping game one 9-6, the Patriots rallied back to win game two, 8-3, before falling in game three by a score of 6-3. This Patriots team, led by Head Coach Casey Smith, includes six seniors who accumulated a record of 101-29 and won eight total district and bi-district championships over a four year span.