Below is a sneak peek at tomorrow’s front-page stories which include the suspension of a Mission police officer and the latest news from the Agua Special Utility District. 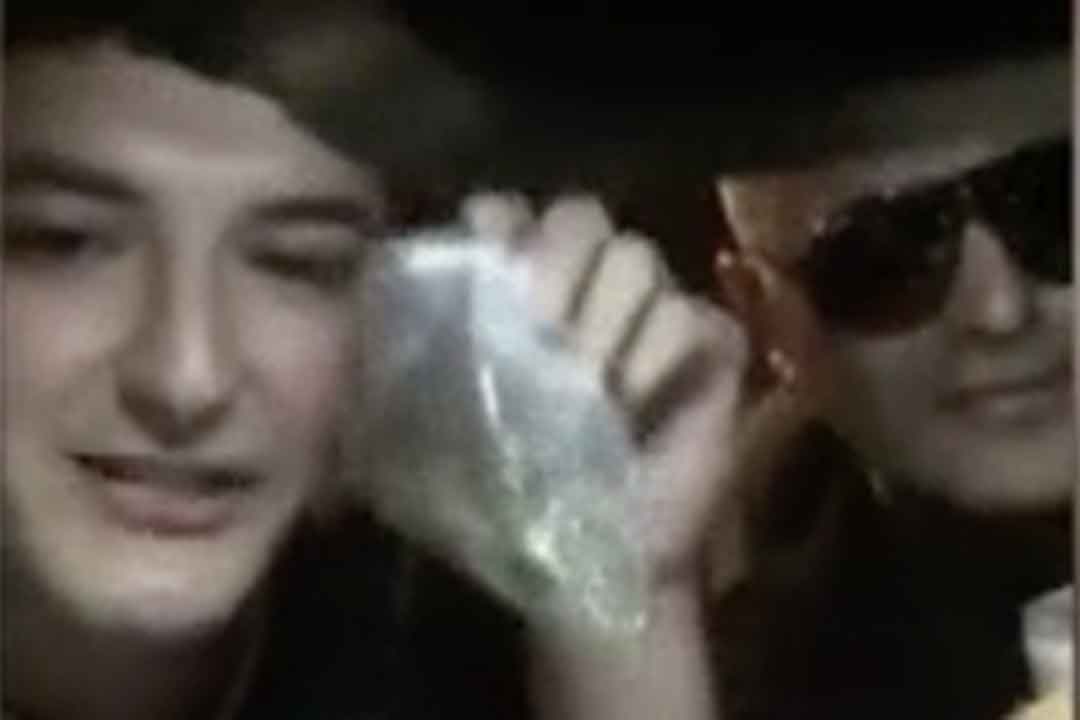 A screen shot from a recording posted on Youtube.com of a live Memorial Day Facebook broadcast that resulted in the suspension of Mission Police Sgt. Manuel Casas, right.

A 16-year veteran of the Mission Police Department has been suspended after a live Facebook broadcast posted on Memorial Day appears to show the officer and another man who was waving a baggie containing a green leafy substance before the camera.

In a press release dated May 30, Mission Police Chief Robert Dominguez confirmed he has suspended Sgt. Manuel Casas with pay pending an internal investigation after he “was made aware of a social media post depicting Sgt. Manuel Casas and another young man rapping to music, drinking alcoholic beverages and displaying what appears to be a clear plastic baggie containing a green leafy substance.”

The action follows the Memorial Day live broadcast that was recorded by at least two persons who watched it live and posted it on Youtube.com.

Last week the board of directors for the Agua Special Utility District reluctantly withdrew their contract for the second phase of the Palmview Wastewater Project, instead awarding the contract to the lowest bidder who has never handled a project of this magnitude.

Previously, Agua SUD awarded a contract to complete the second phase of the Palmview Sewer Project to the Weslaco-based, Saenz Brothers Construction, during a Feb. 16 meeting though a competing bid from O&G Construction was nearly $11.3 million, about $1 million less than that of Saenz Brothers.

However, at the board’s May 25 meeting, the district’s attorney, Matthew Beatty, informed the board that the Texas Water Development Board had rejected that contract, a decision that could result in the TWDB withholding funds from the project unless the board awarded the contract to O&G Construction.

“As essentially our bank, they’ve got the ultimate say under the administrative code and provisions of the water code to make a final decision in the project,” Beatty said. “This item has been placed on the agenda because we have to decide what we want to do to move forward.”

A bill spearheaded by State Sen. Juan “Chuy” Hinojosa, D-McAllen, to curb conflicts of interest within the Agua Special Utility District board of directors has been sent to Gov. Greg Abbot’s desk. If it becomes law it will create a dilemma for two members of the La Joya ISD board of trustees.

Hinojosa’s spokeswoman, Jennifer Saenz, said Wednesday Gov. Greg Abbott has 20 days from the bill’s unanimous passage in the Texas House of Representatives last Saturday to either sign the bill, veto it or let it pass by default by taking no action.

“I don’t want to say he is absolutely going to sign it because it could just be filed without his signature,” Saenz said, adding with unanimous passage in the House it is not expected the governor will veto it.

A group of more than 50 young single adults from the Church of Jesus Christ of Latter-day Saints converged on three City of Mission parks last Saturday to help create a butterfly pathway to attract Monarch and other species of butterflies.