Less than two weeks after announcing it was being acquired by a California-based health-care foundation Mission Regional Medical Center has terminated the employment of between 120 and 140 employees. That’s according to a source closely connected to the hospital who spoke on condition of anonymity and who was outraged the workers, some of whom had been with the hospital for more than 25 years, were fired without notice on June 2.

“Those numbers are pretty reliable and I’m being conservative,” the source said Tuesday. 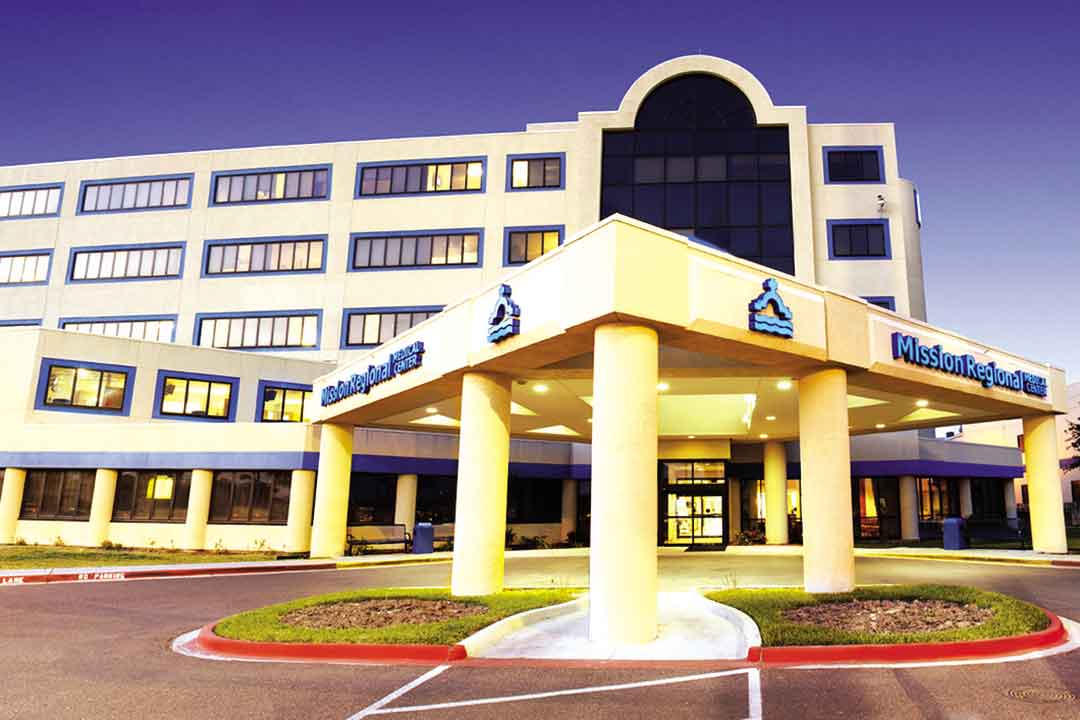 The hospital’s marketing and planning director, Nick Espinosa, did not confirm the number of employees laid off or when, but released a statement Tuesday acknowledging that, “We value our people and those who will be leaving, we thank them for all they have contributed.”

On May 24 MRMC and Prime Healthcare Foundation of Ontario, Calif., released a joint statement announcing the California non-profit foundation would be assuming immediate management of the hospital with the official acquisition effective July 1.

Espinosa acknowledged Tuesday that over the past two years MRMC “has experienced a significant decline in inpatient volumes, and a reduction in reimbursement common with standalone hospitals throughout the country.”

As of Wednesday the hospital had not provided details regarding the layoffs or the amount the layoffs would total in payroll reduction.

At the time of the acquisition announcement, the 297-bed facility employed more than 1,000 workers, according to the May 23 news release.

Among the workers who lost their jobs last Friday was Rebecca “Becky” Lay, 56, who has worked for MRMC for 19 of her 36 years as a licensed vocational nurse. Lay, who was working in the hospital’s Labor and Delivery Department, said she received a text message on Thursday, June 1 informing her she needed to attend a meeting the next day at 8:30 a.m. She said the meeting was attended by herself and seven other nurses who met with the hospital’s chief of nursing, Kennetha Foster, the head of human resources and another department head.

“They said the company is taking over the hospital and they do not use LVNs and that Friday was going to be our last day at work,” Lay said.  “Rumors had been going around the hospital so when I got the text I had a pretty good idea what was going to happen. But there were some people in the meeting who were a little blind-sided about the whole thing. They weren’t expecting it.”

According to another nurse in the Labor Department who has worked for the hospital 25 years, nurses had been told sometime in February or March, after Prime Healthcare officials had been evaluating the hospital, that their positions were safe.

“There was a meeting after some nurses had already quit and the chief officer nurse was crying and said to us, ‘Please don’t leave me. Please, I need you. You guys are not going to be touched,” said Tina. The nurse asked the Progress Times to identify her only by her first name.  “We thought everything was going to be OK and we’d continue working.”

But the source that informed the Progress Times about the layoffs said nurses were not the only persons laid off. Cafeteria workers, medical, pharmacy and records staff were also laid off, the source said.

Both nurses said they were chagrined by the short notice of their termination and that the only severance pay offered was payment for their unused vacation time and that they would continue to have health insurance through the end of the month. But as Tina explained, most nurses had depleted their leave in the past 18 months because as the hospital had been reducing the number of hours it was scheduling LVNs from 80 hours per pay period to as little as 40 hours and the nurses were cashing in their unused paid vacation to make up the difference in their paychecks.

Lay said the June 2 meeting lasted long enough for hospital officials to provide documentation of termination so the nurses could apply for unemployment.

“It was just a quick, quick thing. As soon as they gave me the paperwork that was it,” Tina said.

Both women say they plan to continue nursing even if they have to leave the area to do it.

Asked, if given the opportunity, what she might say to Prime Healthcare CEO Dr. Prem Reddy about the layoffs Lay had this to say:

“I’d ask why, when these people have been with the company for 20 and 30 years, he couldn’t have grandfathered these people into the system and once they left not refill the positions with LVNs? I understand that Texas is an, ‘at will’ state and if you’re a company they can tell you you’re no longer needed. But I think they should at least give you two weeks to a month’s advanced notice so you can at least try to find something else.”

Part of what outraged the source who informed the Progress Times about the layoffs was the way long-time employees were treated.

“There’s people there 30 years and they’re not given one hour’s notice? I heard many employees were escorted out of the building by security after they were given paperwork on how to apply for unemployment and then, bye, you know? Everyone has bills, living from paycheck to paycheck and to treat them that way is just inhumane.”

Said one long-time employee who asked their name not be used, “I’ve worked at a lot of hospitals before and I’ve never seen anything like this happen.”