At Pioneer, Smith will be working to do with the Diamondbacks what he did with the Patriots; turn them into perennial winners. 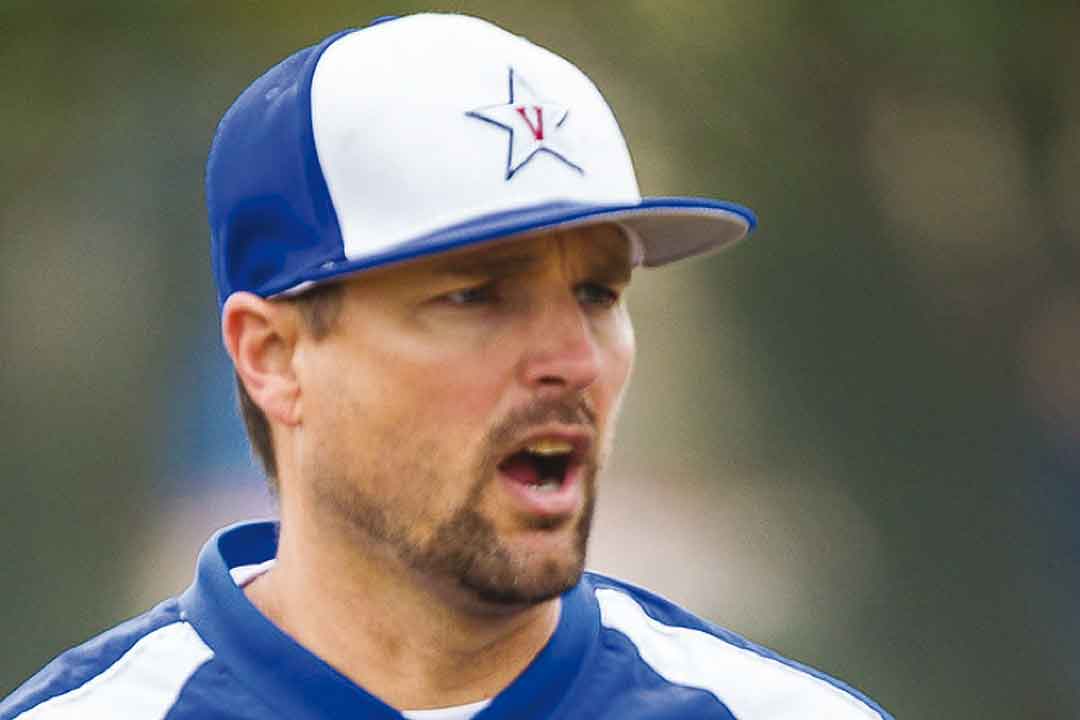 So why would Smith choose to leave one of the most successful baseball programs in the Valley to head up a program that in three years has finished at or near the bottom of the district standings?

“Primarily it’s a decision that benefits my family,” Smith said. “It’s about half the distance from my home to Pioneer than it is to Mission Vets. In addition, the situation was real good in regards to the people I’ll be working with and in regards to the athletic period. Also, I’ve got three kids ages one, three and five at home and Pioneer is located five minutes away from their elementary school and that’s pretty convenient for me.”

While convenience and family considerations are the primary reasons Smith made the move to Pioneer, he is also looking forward to the challenge of taking over another struggling program and turning it into a winner.

Smith may be looking forward to what is yet to come at Pioneer, at the same time he has fond memories of his tenure at Veterans.

“There are a lot of moments that stand out as being extremely vivid and fun but what stands out the most about my time at Mission Veterans is the relationships with the kids and doing something with them that was special,” Smith shared. “To me that’s what really stands out. When I look back at a memory I’ll look at the time we made it to the Sweet 16. And what I see more than the Sweet 16 and the trophies we won getting there is the excitement in the kids’ faces and the celebrations we had.”

It remains to be seen who will be taking over the Patriots baseball program. However Smith has one potential candidate he is backing all the way.

“I know that one of my assistants, Chase Deton, is applying for the position at Mission Vets,” Smith said. “Hopefully for his sake he’ll get the job. He’s who I’d be behind if I had to recommend somebody.”

After going 1-11-0 in District 31-5A play the first two years of the Pioneer baseball program, the Diamondbacks improved to 5-11-0 this past season. While that was a definite improvement, the Diamondbacks still finished tied for sixth place in the district, nine games behind the first place Patriots.

When asked what it’s going to take to turn the Diamondbacks into a playoff team and a district champion contender, Smith said, “It’s going to take nothing different than what it took at Mission Veterans, discipline and hard work. We’re going to put the time in and we’re going to get better. What that leads to, only the good Lord knows that, but my expectations won’t come down. And by that I mean that I expect us to be successful game-in and game-out and I expect us to win the district title.”