The city of Mission recently held a workshop for the city council to review the progress on city projects and discuss major capital improvement needs as they begin planning for next year’s budget, which must be approved later this summer.  During the workshop presentation it became clear that the city has had great success this year in implementing new city programs, completing a large number of city projects, and saving the taxpayer millions of dollars in the process.

Some of the city’s most significant accomplishments include: the successful implementation of the new Sanitation Department, which, now only in its third year of operation, is producing a big profit for the city; a citywide parks improvements program; and the city’s continued success in securing grants and other funding to pay 80 percent of the cost of the city’s transportation projects. 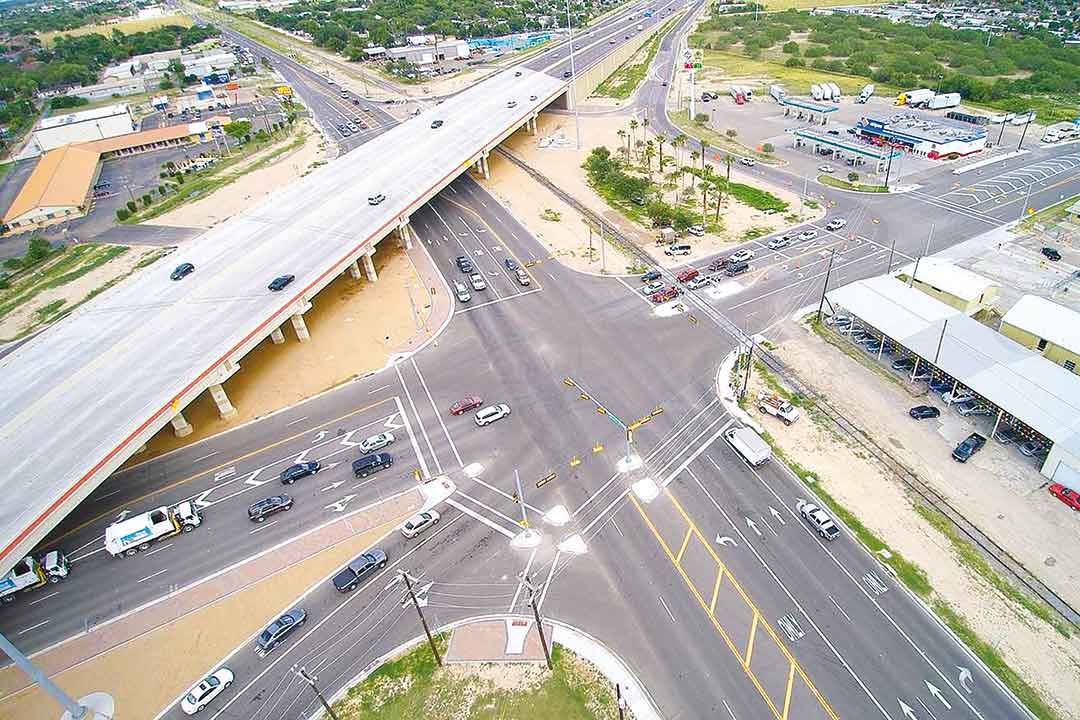 The Inspiration Road Overpass Project, now substantially complete, cost $445 million, but the city’s share was only 2.5% of the total project cost.

This week, the Progress Times met with Mayor Norberto “Beto” Salinas and City Manager Martin Garza Jr. to discuss some of the highlights of the city workshop held June 8.&nbsp; While there are simply too many projects to enumerate them all, three standout achievements serve as good examples of how city departments are exceeding expectations.

First is the financial and customer service success of the city’s new Sanitation Department. The mayor explained that the city had to go to court to try to get out of a bad contract with BFI before the city could start doing its own garbage and brush pickup.&nbsp; The contract required the city to give the company five year’s notice to cancel the contract.

Salinas said after they went to court, BFI finally agreed to let the city begin it’s own residential trash and brush pickup service. Commercial garbage collection, however, would not be transferred to the city for five years.

Now in it’s third year of operation, the Sanitation Department is generating a profit of $1.6 million annually, and currently has a fund balance of $5.2 million. The profits will be reinvested in establishing commercial sanitation service helping pay other city expenses.&nbsp; The city manager estimates it will cost $2,122,000 to purchase the necessary equipment and hire the additional staff to provide commercial service beginning in 2019. But the city needs to place orders for the equipment in August 2018, and the profits from the residential sanitation services will cover that cost, so the city doesn’t have to borrow money for the capital investment. &nbsp;

In addition, Garza said he anticipates once the commercial operation is up and running, the city will make an additional annual profit of $1.5 million.

Garza expects that the city will be able to use the new Sanitation Department’s profits to pay for other major capital expenditures in the near future, such as a new P25 radio system for the Police Department. The new $2.1 million system is mandated to allow Valley law enforcement agencies to communicate with each other.

The city manager attributes the success of the new Sanitation Department to the city staff.

First, the city promoted a supervisor in the meter reader department to become the director of Sanitation.

“He was already familiar with the routes we used for meter reading.&nbsp; There is a trashcan for every meter, so he knew how to set up the routes in the most efficient manner to save the city money. That was success number one: choosing the right person to do the right job,” Garza said.

Second is vehicle maintenance. Garza said every morning before they go out on their routes, the staff checks out their vehicles. They go through a checklist, checking things like oil levels and tire pressure to make sure their vehicles are well maintained so they will last longer.

City Parks
The next area of success is more visible to the average Mission resident: city parks.&nbsp; Last summer, Mayor Salinas lamented the condition of the city parks that were in need of a lot of TLC.&nbsp; That’s when the mayor and city council decided to hire six additional employees for the Parks & Recreation Department, forming a “strike team” that was tasked with the job of doing whatever was needed to restore the parks from their condition of disrepair. The council also added about $400,000 to the parks budget to pay for the materials and other costs to better maintain the city’s 24 parks.&nbsp; 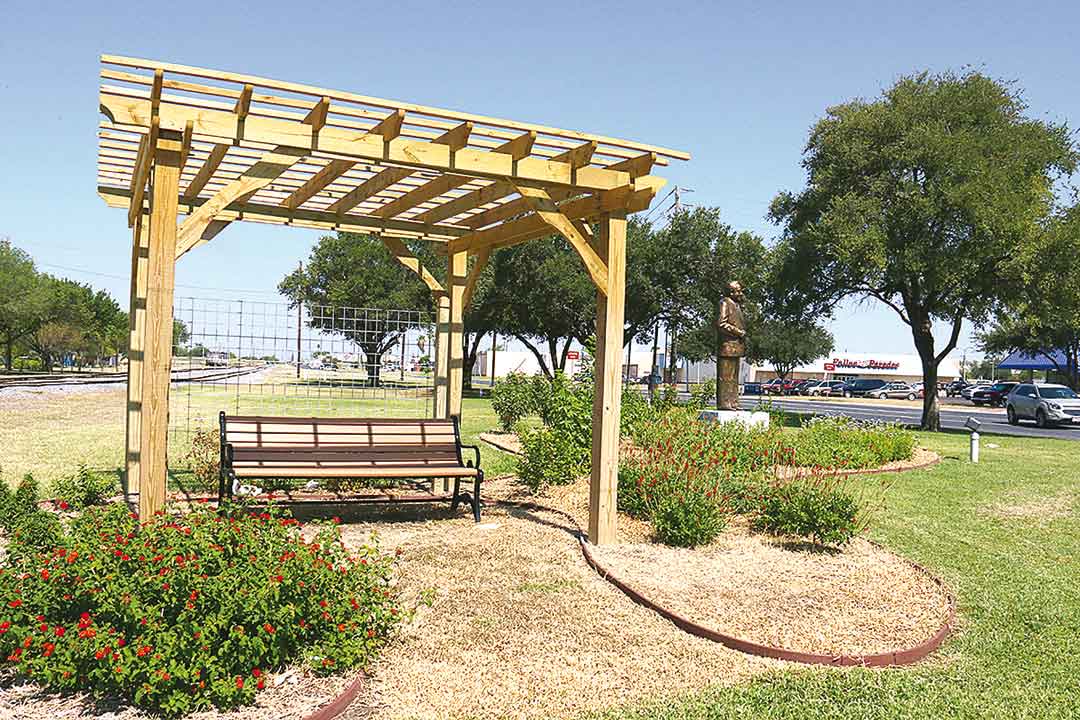 The results have been remarkable, as evidenced by the long list of park improvements accomplished over the past 9 months since the new budget year started last October.

Nearly every park in the city has benefitted from the improvements, ranging from sandblasting and repainting rusted picnic shelters to planting trees and butterfly gardens complete with water-saving drip irrigation systems.

The city is taking full advantage of the skills of Brad Bentsen, the fairly new director of Parks & Recreation, who is a former landscaping designer and contractor. Park bathrooms have been repainted, newly designed park entrance signs have been constructed, barbecue pits, water fountains, trash cans and pet waste stations have been installed, sidewalks have been replaced and walking trails have been resurfaced, as well as other park improvements where needed. And more is to come.

Street Task Force
Seeing the success of the Parks Strike Team, the city council is planning to establish a Streets Task Force that will be assigned to resurfacing deteriorating streets throughout the city.

Garza said the city has been budgeting about $800,000 each year to repave city streets, rather than waiting until later and passing a big bond issue for paving streets as has been done in the past. City crews are currently doing much of the repaving work, and about $550,000 each year is spent contracting out additional work. The city plans to add five employees to establish the Streets Task Force so they can work resurfacing streets full time. The city will continue to contract out $550,000 for larger scale paving projects, while the task force concentrates on residential neighborhood streets.

“We will continue outsourcing the big projects – your major corridors,” said Garza. “We will be [allocating] about $1.7 million per year on streets now. We’ve seen the success of the Strike Team in the parks and we want to do the same thing with streets.” &nbsp;

Leveraging City Funds
A third successful area for city operations that stands out is that of leveraging city funds – or getting others to foot the bill for city projects.

Observers of the city are very well aware of the mayor’s knack for securing funding from outside sources to pay the lion’s share of the cost of many city projects, especially road construction projects.

Garza said the mayor has secured $19.1 million from the MPO (Hidalgo County Metropolitan Planning Organization) to help pay the cost of the proposed Madero International Bridge Connecting Roadways Project, and the city is working on securing additional funding for the project, which is the preliminary study stage.

Just about every major transportation project conducted in the city of Mission for the past 10-15 years has received substantial funding from outside entities such as TxDOT (Texas Department of Transportation).&nbsp; A good example is the Inspiration Overpass project, which is now substantially complete with a ribbon cutting planned for the near future. The project cost $45 million, but the city’s share was only 5.5 percent of that cost, or $2.5 million.

Garza said the city’s share of these major construction projects has been averaging about 20 percent of the cost.