With the growing demand for more people literate in computer science, Mission Economic Development Corporation held a news conference June 15 to celebrate the passage of a computer science bill and grant that will prepare Valley residents for a career in cyber security.

Public officials were present at the Mission Center for Education and Economic Development June 15 to formally announce a $100,000 state grant awarded to MEDC to provide cyber security training to Rio Grande Valley residents. 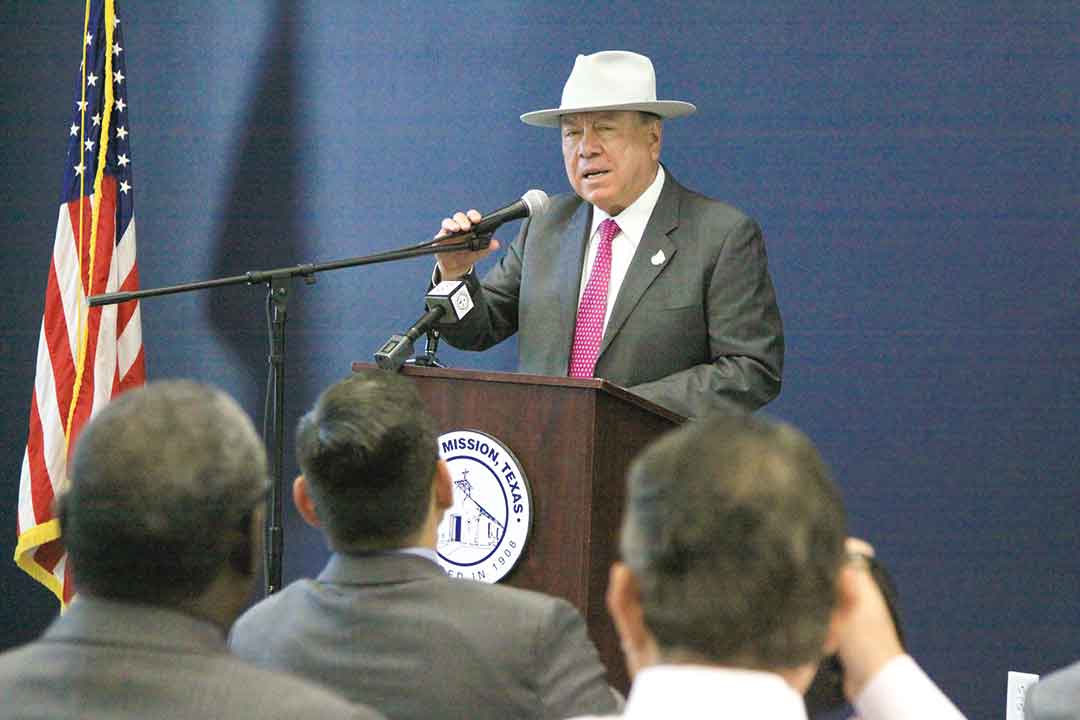 This comes after the Mission Economic Development Corporation launched their first eight-week cyber security training program with an initial class of 40 students earlier this month. The students will get paid for their time spent in the training and have a chance to become certified as cyber security analysts.

“This will change the perception of the city of Mission,” Alex Meade, Chief Executive Officer of the MEDC, said at the news conference. “One would’ve thought a grant like this would’ve been announced for a community in central Texas because they’re known for computer programs but instead, a grant like this came to the RGV. No one expected the RGV to lead the effort.”

MEDC received more than 200 applications from residents in Hidalgo, Starr and Willacy counties out of which only 40 could be selected for the inaugural class, Meade said.

This first group committed to attending classes eight hours per day for eight weeks at the CEED building, which could lead them to receive certifications from the international vendor CompTIA.

The grant will be used to pay for books, certification, class expenses and pay the participants $500 per month for attending the training, Meade said.

At the conference, Texas Workforce Commissioner Julian Alvarez compared the program to those offered in Silicon Valley, an area in the San Francisco Bay area home to many of the world’s largest high-tech corporations.

“Before when we would mention Mission, Texas, we would start talking about vacationing, Ruby Reds and things like that. Now we are talking about terms like coding-camps, cyber security and that’s all starting off here,” Alvarez said. “This collaboration will provide high-tech, customized training for high-demand cyber security careers while increasing business’ competitiveness in the global market.”

The grant was celebrated alongside the May 26 passage of House Bill 728, which allows school districts across the state to give students a choice of taking computer science classes as core credits.

The credits from the computer science class can also be used to satisfy advanced math and science requirements, Meade said, adding that the passage of the bill was “monumental.”

“It will not only help the region become more competitive, but the state as a whole. We are leading the efforts in an industry we are not known for,” he said. “We’re not known for technology-related usage but here we are, changing the law of how students will now be able to take classes at the high school level.”

Before the bill, computer science courses were treated as electives, but with HB 728, Meade said he hopes more students will be encouraged to participate and get exposure to the field of computer science at an early age.

The bill was authored by Rep. Bobby Guerra, co-authored by Rep. Sergio Muñoz Jr. (D-Mission), and sponsored in the Senate by State Sen. Juan “Chuy” Hinojosa (D-McAllen). Hinojosa was one of the speakers at the conference.

“This is huge in terms of advancing students,” Hinojosa said. “It fits right in with STEM (Science, Technology, Engineering and Mathematics). Before, these classes didn’t count toward graduation and it didn’t count when applying for college. Now it does.”