Though the U.S. Customs and Border Protection (CBP) is reporting significant increases in seizures of hard drugs in the region, locally numbers are down from last year’s figures.

Last month, CBP reported its components have seen a significant increase in cocaine and heroin seizures throughout the region this year.  From Del Rio to Brownsville, Border Patrol agents and Customs and Border Protection officers were interdicting hard drugs at international ports of entry and checkpoints, CBP reported. 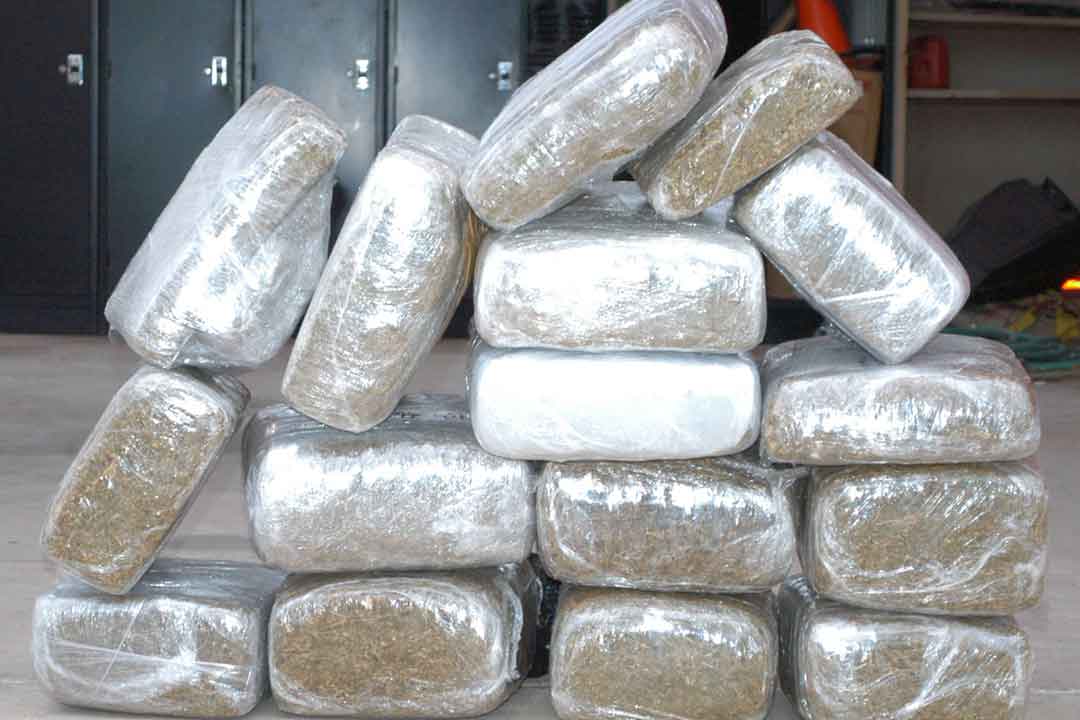 Even though U.S. Customs and Border Protection reports a significant increase in cocaine and heroin seizures throughout the RGV Sector this year, Mission Police Chief Robert Dominguez reports drug seizures in Mission have dropped dramatically. This he attributes to the beefed up presence of State Troopers and Border Patrol agents in our area. Courtesy Photo

The CBP reported the South Texas Corridor (STC) has seen a 177% increase in heroin and 129% increase in cocaine seized by agents and officers in the field. The increase in illicit drug activity comes at a time when apprehensions have declined in recent months, the CBP reported. The CBP did not provide the total amounts of drugs seized so far this fiscal year.

The CBP reported in recent seizures smugglers have been utilizing a variety of tactics to smuggle the contraband past law enforcement. They have been caught with drugs hidden in vehicle gas tanks, manufactured compartments, propane tanks, shipments of fruit and vegetables, stuffed in personal belongings, bags of candy, and even transported methamphetamine in liquid form inside milk and juice cartons.

The CBP reported it employs a multitude of approaches to combat the efforts of drug smugglers, which range from the operations in the field and at the ports to K-9 units, high tech inspection equipment and strategic targeting of criminal organizations by working with federal, state, local and international partners.

“Our law enforcement partners are also working hard to get drugs off our streets, and stopping them from coming into our country, but we can’t win this battle alone,” Padilla said. “The public is encouraged to take a stand against crime in our South Texas communities and to help save lives by reporting suspicious activity at 800-863-9382.”

According to statistics reported monthly by the Mission Police Department to the city council, seizures of all drugs except heroine are down from the same period last year.

As of April, the last month for which statistics are available, Mission police report its officers, including those detailed to the U.S. Drug Enforcement Agency and  Immigration and Customs Enforcement, seized 3.22 kilograms of heroine since the start of the current fiscal year that began October 1, 2016. That is up from the 2.55 kilos seized during the same period last year. The heroine seized this year has a street value of $67,891, based on MPD’s reported street value of $17,680 per kilo.

Mission Police Chief Robert Dominguez attributes the decline in drug seizures to the success of law enforcement agencies working together to stop the flow of drugs across the border. He noted that when Operation Strong Safety began in June 2014 with a large contingent of Texas DPS officers being assigned to our area to work with local police and other enforcement agencies, “The large loads we used to get have been displaced to Starr County.”

In September 2015, DPS changed the operation name to Operation Secure Texas, he said, and that operation continues in the border region helping to protect our border cities.

Chief Dominguez also noted that measures have been taken to thwart the tactics of smugglers, which has contributed to the decline in drugs seized in Mission. For example, large boulders have been placed in six or seven locations along the Rio Grande River that has stopped retreating drug runners from escaping back into Mexico by “splashing down” or driving into the river and jumping into pre-positioned rafts where they transferred their loads into the rafts before returning back into Mexico to try again another time. He said some of the locations were at Anzalduas, Chimney Park and Abram Road among others. He said the decline in seizures has been throughout the RGV because of the cooperation of state, local and federal law enforcement.