A judge has issued a restraining order against the La Joya Housing Authority preventing the authority, temporarily at least, from terminating a La Joya family’s rental assistance without which the family would be left homeless, a lawsuit alleges.

Rosa Elva Gutierrez filed a lawsuit against the housing authority July 6 in which she accused its director of terminating without cause her Section 8 housing voucher which she said would have left her, her husband and their five children “homeless,” according to a news release from Texas Rio Grande Legal Aid, the non-profit agency representing her case. 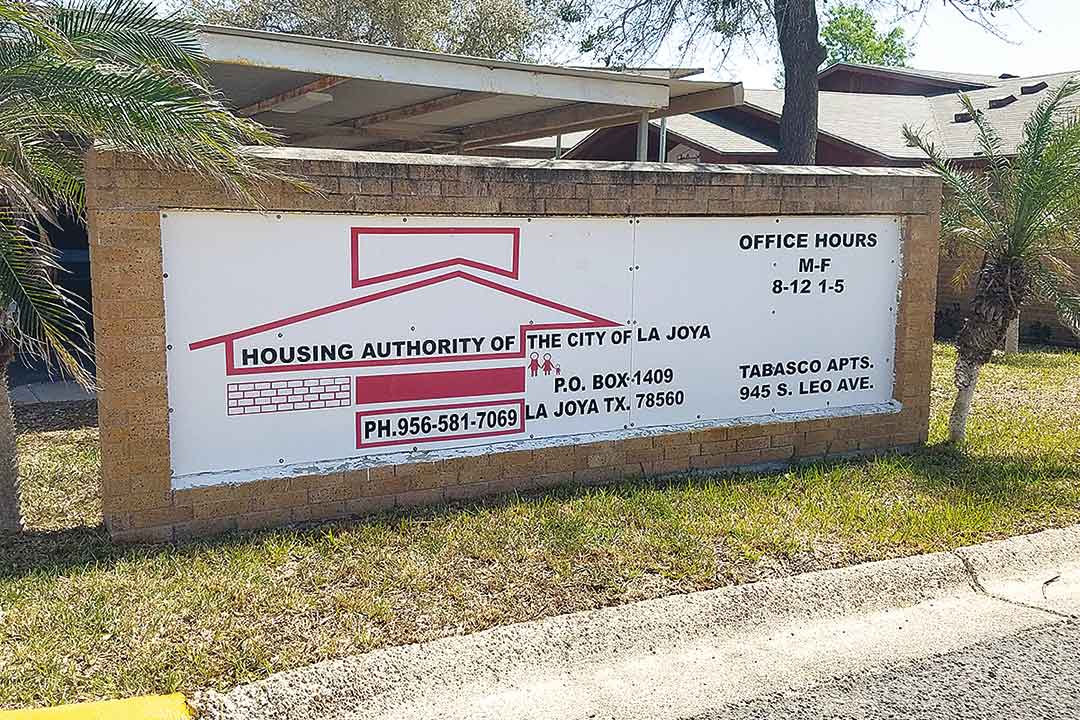 According to the lawsuit, Gutierrez suffers from a heart condition, diabetes and high blood pressure and her husband suffers from spinal problems that prevent him from walking.

“If the restraining order hadn’t been granted, my children and I would have been out on the street,” Gutierrez said in the news release. “The housing authority was forcing us out onto the street and into homelessness.”

In the Section 8 program administered by the housing authority, recipients receive  vouchers to pay a portion of their rent to private property owners. Gutierrez’s attorney, Jenecia Martinez, said the consequences would’ve been “dire” on Gutierrez and her family had the restraining order not been granted.

“We want this case to send a message that the housing authority can’t arbitrarily cut off people’s rental assistance without due process,” Martinez stated in the release.

De Leon was appointed as interim executive director in February after the former executive director, Juan Jose “J.J.” Garza, was fired last December following his September 2016 arrest on wire fraud charges. Garza has pleaded guilty and is scheduled to be sentenced July 26 in federal court.

According to the lawsuit, Gutierrez’s income consists of $605 in child support payments and $742 in food stamps while the Section 8 housing voucher covers $392 of her $450 monthly rent payment.

Gutierrez, who has qualified for the Section 8 program since 1999, had no problems with the housing authority or her landlord until recently, the release states.

In June, a month after Gutierrez’s landlord notified her about a rent increase, she spoke to the Housing Authority so that the increase and the housing authority’s portion could be recalculated and documented. Court documents say Gutierrez was told her portion of the rent was increasing from $58 to $65. The lawsuit alleges the housing authority refused to provide written documentation of the change, in violation of federal regulations, and threatened to terminate Gutierrez from the Section 8 program if she attempted to file a complaint against them.

The situation escalated June 13 when Gutierrez received a letter from De Leon saying Gutierrez was being removed from the Section 8 program and would no longer receive rental assistance. Deleon claimed Gutierrez had asked the housing authority to take her off the program, something Gutierrez said never happened, she said in the release.

“Why would I ask to be terminated? Without the Section 8 voucher, we can’t afford rent, where would my family and I go?” Gutierrez asked.

After receiving the letter, Gutierrez contacted De Leon to attempt to resolve the matter but the lawsuit states De Leon refused to speak to Gutierrez. Gutierrez then requested an informal hearing with the housing authority and asked to see her own file prior to the hearing, both of which were denied by De Leon, according to the lawsuit.

“When you voluntarily resign from the program you’re not entitled to a hearing,” Mark Anthony Sanchez, the housing authority’s lawyer said in a phone interview Wednesday.

“Gutierrez can claim several things but our position is she’s mischaracterizing what occurred,” he said. “We’re not going to let a voucher go unused when another family needs it just because someone has second thoughts. We take people at their word.”

Calls to De Leon and Gutierrez’s lawyer went unreturned as of press time.