A retired Palmview High School teacher has been named director of one of  Mission’s oldest private Christian Schools. Moises Gonzalez is also the first man to fill the position at Agape Christian School, which recently celebrated its 40th anniversary.

Originally from Eagle Pass, Texas, Gonzalez retired after 33 years as an  educator, his last position with the La Joya Independent School District where he taught English and Speech and served as a Language Arts Strategist for Palmview High School. 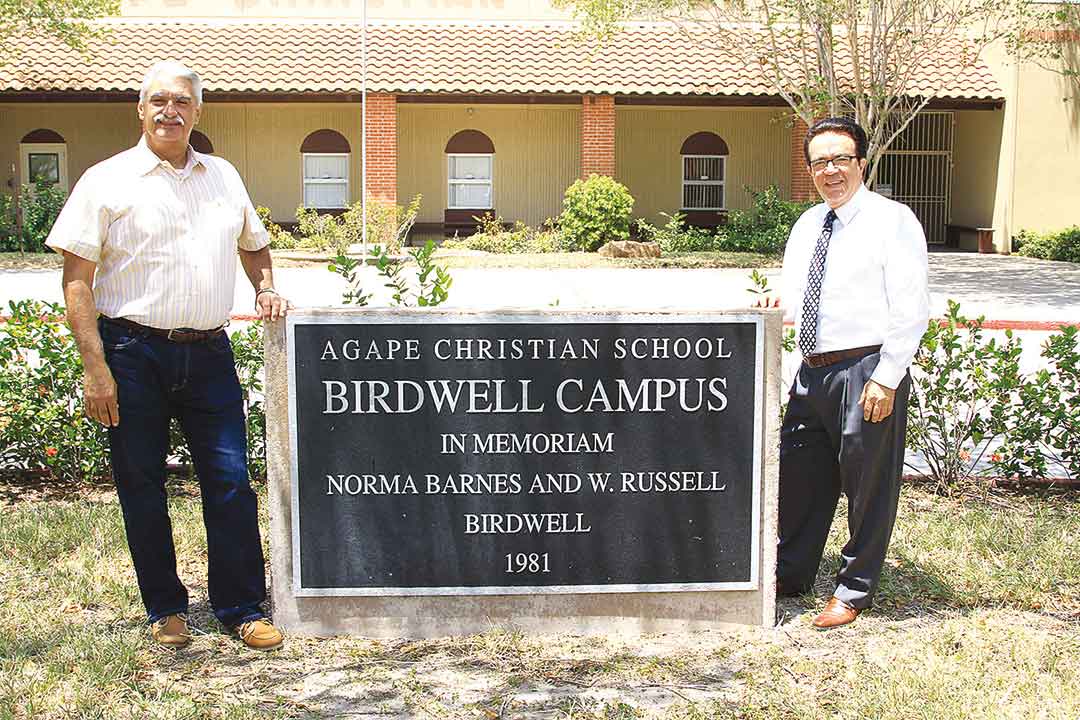 Gonzalez is a University of Houston graduate where following graduation he spent his first 12 years as a teacher. He received his masters degree in Education from the former University of Texas, Pan American campus, now UTRGV.

Gonzalez is not the only newly appointed leader at the school, which within the last month appointed four new members to the school’s board of directors with three board positions remaining to be filled.

Gonzalez and newly appointed board president, Romeo Sanchez, say the non-denominational school is currently accepting enrollment for classes starting Aug. 28. The school, located at 1401 E. 24th Street, has a capacity for 300 students, offers educational opportunities for children age 18-months through the sixth grade with Pre-kindergarten and kindergarten classes.

Sanchez also graduated from UTRGV with a degree in business. He is the director of a non-profit organization that works in conjunction with the Texas Department of Housing and Community Affairs developing low-income housing projects, he said.

Gonzalez said the school’s class schedule follows those of the Mission Consolidated Independent School District and the Sharyland ISD.

“Agape Christian School has been building a Christian foundation for our Christian community for over 40 years and we want people to know that we’re open for business,” said Sanchez. “Our office staff is currently accepting students for enrollment.”

To read the full version of this story, pick up a copy of our latest issue at Progress Times’ office at 1217 N. Conway Ave. and sign up for a subscription.