It’s a unique story 40 years in the making – that waited another decade and a half to be told.

First-time film makers Charlie Vela and Ronnie Garza saw what others had missed – the unique path music genres had taken in the Rio Grande Valley over the last four decades of the 20th century. 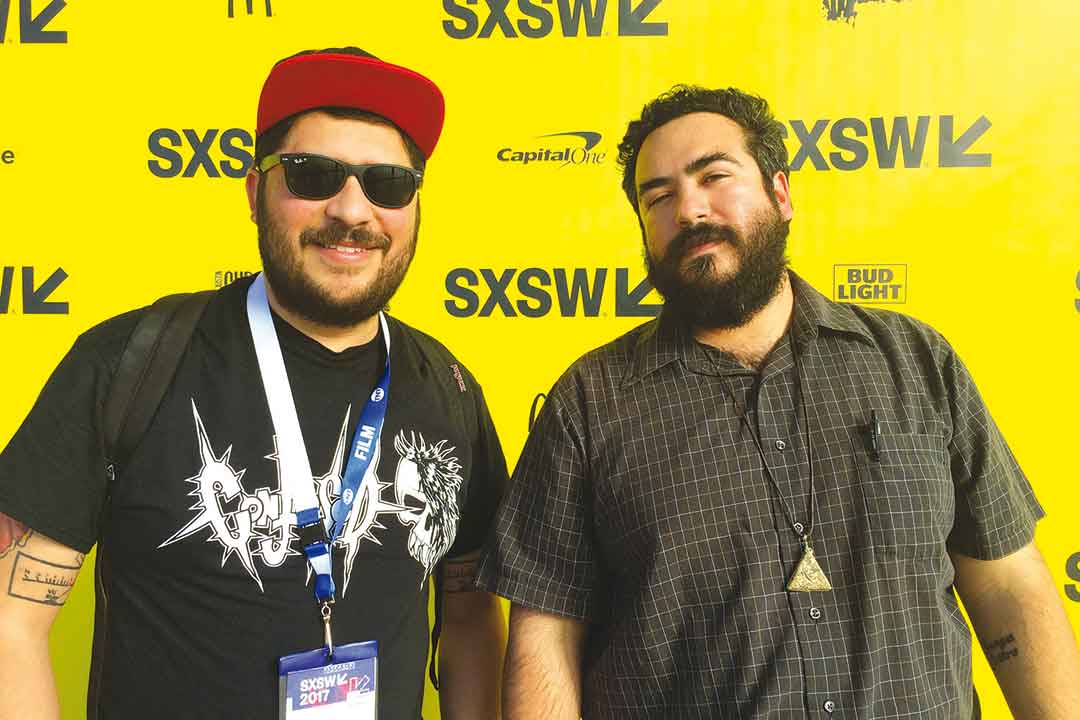 Charlie Vela, on the left, and Ronnie Garza have created an in-depth documentary on the history of music in the Rio Grande Valley over a 40-year period.

Now the story is documented in the film they conceived, “As I Walk Through the Valley.” &nbsp;Their efforts to document and bring attention to the RGV’s unique cultural influence in music received recognition earlier this year when it was chosen to be premiered at the South by Southwest Film Festival in Austin.

This Saturday, Aug. 12, the Mission Historical Museum will host a screening of the film at 7 p.m. in the historic Border Theater at 905 N. Conway in downtown Mission. &nbsp;The screening of the 81-minute documentary will be followed by a question and answer session with Vela and Garza and is free and open to the public.

According to Vela and Garza, the film was “conceived, shot and edited and co-directed” by them, producing a thorough examination of the evolution of the RGV music scene from the 1960s through the 90s. It was two-and-a-half years in the making and will be released for purchase online and streaming in late 2017 or early 2018.

Vela, from Weslaco, and Garza, from Brownsville, met as students in high school at the Science Academy in Mercedes. &nbsp;They started a film club, Cintech, while attending there. &nbsp;

That beginning has taken Vela on to become a record producer with Sound of Rain Studios. &nbsp;Garza has been an experimental musician under the moniker “Winter Texan” and, as a “democracy activist,” has been involved in recording video documentary shorts of current events for several years.

The duo had a message and an image they wanted to be understood by those outside of the Valley and by local residents who haven’t been tapped into the transitions of &nbsp;the unique Valley music scene.

Their official press release before the Austin premier stated, “At a time when the prevailing narrative about the border is one of conflict and corruption, [the movie] explores the beauty, creativity, and self-determination of the artists who call this region home.

&nbsp;And while the cultural backdrop for this story is unique, the motivations and struggles of these musicians resonate inter-culturally.”

Social movements and local cultural roots and traditions influenced a transition unique from the rest of the country. &nbsp;Locally, on one side of town, 1960’s garage rock bands sprang up and patterned themselves after the British music invasion across the globe. &nbsp;While Chicano funk, influenced by multiple genres, enriched the other side of the culturally diverse communities. &nbsp;

Social movements transitioned the 1970’s music scene and pushed itself into the 80’s punk and hardcore genres – at the height of what had evolved from Chicano funk into the Tejano music scene. &nbsp;That’s when the generational cultures clashed. &nbsp;The traditions of the fathers, and music familiar to their ears, were soon challenged by the punk and hardcore sounds of a new wave of music.

Garza stated that some of this generational disconnect was brought on by a growing language barrier when parents had encouraged their children to learn and speak English only. &nbsp;The message of the music of the fathers was not familiar to the next generation’s ears.

It was the history of the 90’s punk rock musicians that was the catalyst for the entire 40-year story that became the documentary.

The 90s brought the final change when the punk rockers caught the vision, embraced their own ingenuity and created the framework to cooperatively move it forward. &nbsp;

Garza said, “Kids would form their own structure to hold punk rock shows. &nbsp;It was a principled process to create that world. &nbsp;We thought in our infinite experience, that is where it all started. &nbsp;Very quickly after that, we learned there was a much broader history.”

When asked what their take-away was from the experience, Garza said, “The lack of venues created something different in the music community in the Valley. &nbsp;There really is nothing like it in the rest of the country, with the exception of Gilman Street in California. &nbsp;What that was is this coming together of kids – pooling their money and resources to rent spaces to play in.”

The RGV punk musicians created a structure to encourage, validate and support one another in their new craft, and then pooled their resources to find venues to express their common language through music.

Music styles change from generation to generation, and the generational gaps will always exist as one makes way for the other. Maybe 40 years bridged into one story will prove the old adage: &nbsp;“The more things change, the more they really stay the same.”