Senior middle linebacker Joseph Valdez, a third-year starter who earned First Team All-District honors last season, said he and the Husky defense are ready to put opposing teams on notice right out of the gate. 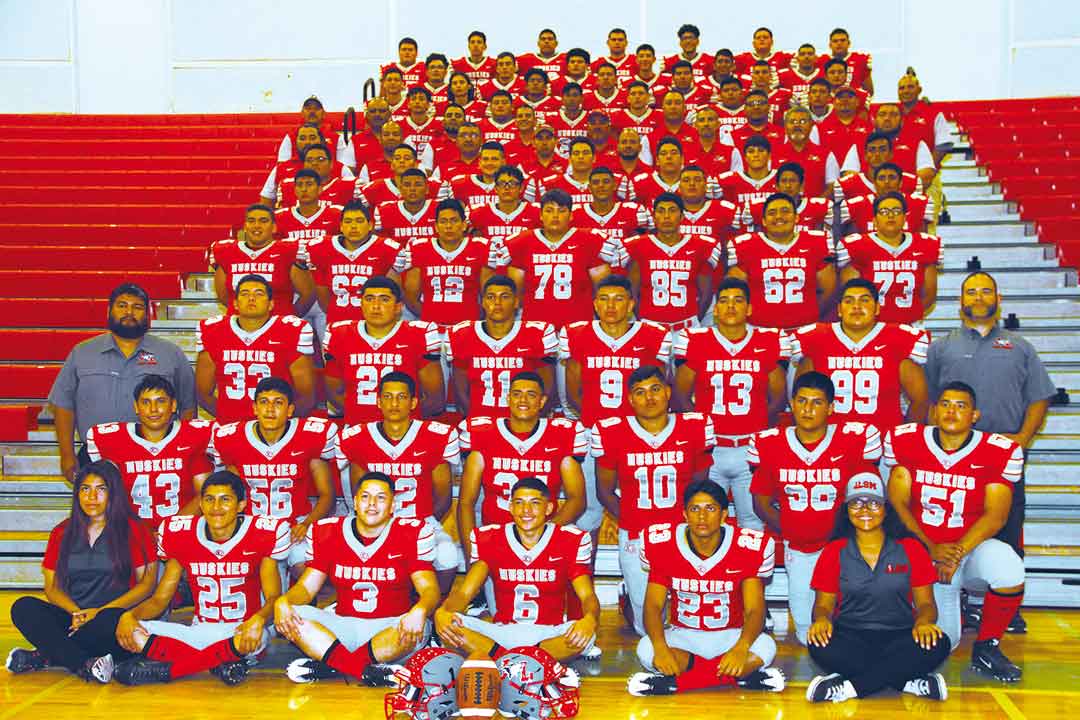 “This is my senior season so I want to set a very good tone this year, because a lot of people talk bad about Juarez-Lincoln football, and we’re here to change their minds,” Valdez said. “I really want to show people what I got because a lot of people don’t believe in me because I’m short compared to the others, but it’s really not about the size.”

What Valdez lacks in size, he makes up in speed, strength and high football IQ. As one of the team’s leaders, his confidence is contagious and easily spread through the Huskies locker room, which has Juarez-Lincoln focused on a district championship and playoff victories this season.

A season ago, the Huskies finished tied with three other teams with a 2-4 district record (4-7 overall) but found themselves in the playoffs as the fourth seed due to a tiebreaker. Juarez-Lincoln’s season came to an end when they fell to San Antonio Southwest 33-17 on the road in the bi-district round of the playoffs. It was the second consecutive year the Huskies made the playoffs, the first time in school history.

Ten players from last year’s playoff squad return, five on each side of the ball, to give the Huskies a balance of veteran experience and youth. Head Coach Tomas Garcia’s team will rely on its leaders to deliver on the field while setting an example for the other Huskies getting their first taste of playing time on the varsity level.

“We need to set examples for the young ones out here,” Valdez said. “I’m the loudest one out here trying to push everyone to their limits. When I was a sophomore, the upperclassmen pushed me to my limits, so I’m trying to do the same.”

The action begins for the Huskies tonight as they scrimmage the Mercedes Tigers on the road at 6:30 at Mercedes Tiger Stadium, followed by a scrimmage next week against Grulla High School.

A year ago, Juarez-Lincoln went 2-2 in non-district play and will be looking to improve weekly in preparation for 30-6A action. This season, the Huskies have matchups against PSJA Memorial, Rio Hondo, Donna North and Edcouch Elsa before kicking off district play against Nikki Rowe.

Senior center Jesus Proa returns for his third year as a starter on the offensive line, one of the Huskies strongest areas. The Juarez-Lincoln offensive line is made up of four seniors and a junior, giving the Huskies plenty of experience up front to grind opponents down with the team’s rushing attack.

“We want our offense to be seen as a powerhouse,” Proa said. “We feel good because we’re very experienced with a lot of veterans on the offensive line and we have a good running game. We just need to bond together.”

The Juarez-Lincoln backfield returns two starters in First Team All-District running back Adonis Barillas and fullback Eddie Hernandez. The two seniors, along with the offensive line, will play a crucial role in getting first year starting quarterback Efren Martinez, a junior, comfortable under center.

Hernandez will be carrying the ball and clearing paths for Barillas, who finished the year with 875 rushing yards. He feels the Huskies offensive unit must trust and believe in each other in order to succeed.

“This year to carry the offense, we need to make Efren believe in us and trust in us, and if he believes in us, we can have a successful year,” Hernandez said. “We’re looking for a district title and we want to go beyond that first round.”

Another key piece returning for the Huskies is senior safety Elias Gutierrez, a two-time First Team All-District selection, who is known for his ball-hawking playmaking ability as the last line of the Juarez-Lincoln defense. Gutierrez said he wants to see his team locked in and striving to be great.

“We’re looking great right now, practicing really hard, we just got to see the results this Friday, he said. “I want to see us work hard, focus and have our swagger on the field. It’s a grind; it’s really how bad you want it as an individual. If you really want it bad you’re going to go out there and strive to be great every day. “We’re just trying to do our best, trying to go deep in playoffs. That’s the goal for everyone, why not the Huskies?”