Palmview’s former city manager, fired in June for alleged incompetency, has filed a lawsuit in the Hidalgo County Court of Law against the city citing a breach of contract. 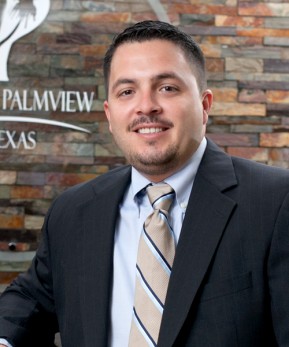 Segovia’s Houston-based attorney, Bernie Aldape, filed a lawsuit in July stating the city violated his client’s contract by terminating Segovia’s employment without compensation in violation of a severance clause in the contract. According to the complaint, the requested compensation would cover what Segovia would have been paid through the remainder of his contract, which ends in October, as well as 12 months’ severance pay plus legal fees.

“[Segovia] has been deprived of monies that he would have recovered had the Defendant not improperly terminated the contract, for which he hereby sues and seeks judgment,” the lawsuit states.

The lawsuit was listed as an executive session discussion item on the city’s Tuesday city council agenda. However, no action was taken on the matter when the council meeting resumed in open session. Following the meeting City Attorney Ricardo Perez, citing the ongoing litigation, declined to comment. But Interim City Manager Leonardo Olivares said in a phone interview before the meeting, “We’re going to defend the city.”

The June vote to remove Segovia was split 3-2 with council members Joselito “Hoss” Hernandez and Ricardo Villarreal opposing it while Linda Sarabia, Joel Garcia and Javier Ramirez supported the resolution.

Palmview Mayor Jerry Perez said during a June interview the city council had been trying to get Segovia to sign a settlement agreement but those negotiations stalled in April, leading the council to place Segovia on administrative leave.

The city council placed Segovia on paid leave following a management review by Paul Vazaldua of the McAllen-based consulting firm Vazaldua & Associates. The report showed the city lacked proper policies and procedures and highlighted several departmental deficiencies such as a lack of proper Human Resource policies, job descriptions and hiring procedures. The report concluded the deficiencies were due to Segovia’s inexperience and recommended he be fired.

In an April interview, Segovia said he disagreed with the city council’s decision to place him on leave.

“I’m proud of my time with the city. This felt like more than just a job for me,” Segovia said. “Every city has certain issues and I feel that if given the directive, I could’ve stayed to work on the issues featured in the report.”

&nbsp;&nbsp;&nbsp;As of press time no hearing had been set on the lawsuit according to Hidalgo County Court of Law records.