The Veterans Memorial Patriots defeated the Harlingen Cardinals by a score of 31 – 26 Friday evening in both teams’ season opener.

The game, which was played at McAllen’s Veterans Memorial Stadium due to the fact that the renovations of Tom Landry Stadium are not yet completed, was scoreless until seven minutes into the first quarter when Patriots’ junior quarterback, Landry Gilpin, broke through the line and ran down the Cardinals sideline 91 yards for a touchdown. That made the score 7-0 in favor of the “home” team. 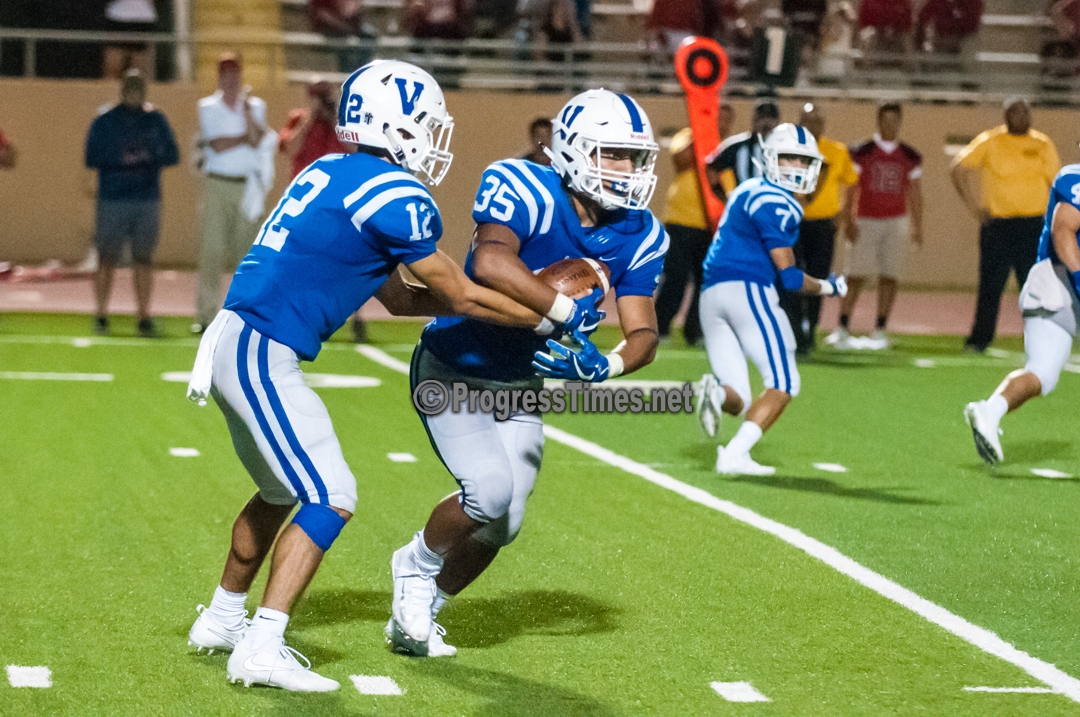 The score remained the same until the Patriots’ offense struck again with 4:15 remaining in the first half, making the score 14-0.

The Patriots held on to their lead through the remainder of the first half but the Cardinals came out of the locker room firing on all cylinders as they scored their first touchdown of the game only 1:10 into the third quarter to make the score 14-7.  The Patriots tacked on a field goal, while the Cardinals tacked on a touchdown, in the time remaining in the third quarter to make the score 17-14 Patriots going into the fourth quarter.

While the Cardinals kept it close by scoring two additional touchdowns in the fourth quarter, it was too little too late as the Patriots never gave up their lead and eventually avenged their 44-14 opening week loss to the Cardinals last year by a score of 31-14.

Next up for the Patriots is the cross-town rivalry game with the Mission Eagles, known as the Battle of Conway. With Tom Landry Stadium still weeks away from being completed, this game is scheduled to be played next Friday evening at Bennie LaPrade Stadium in Donna.