Last week, the Big7 football teams went an impressive 5-2 for the second week in a row. However, last week’s 5-2 record was actually better than the previous week’s 5-2 record, for the teams from the Mission, Sharyland and La Joya school districts that make up the Big7. How is that possible? Simple, since two of the teams, Mission High and Veterans Memorial, went head-to-head against each other, it was a given that one of those two teams would lose. That made a 6-1 week a perfect record which then translates to a five-win-two-loss week being just one loss worse than a perfect record as opposed to it being two losses worse the week before. Got it? 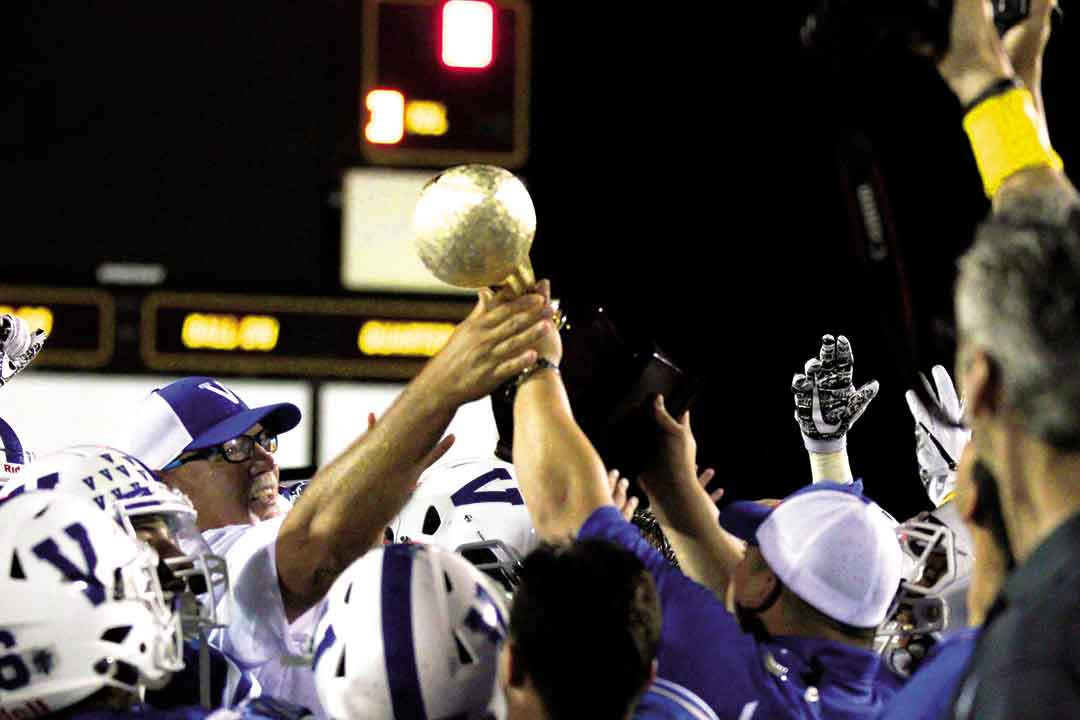 Last year the Big7 teams compiled a 4-10 record through the first two weeks of play. That included 0-2 records for La Joya, Mission and Palmview. This year the same seven teams have compiled a 10-4 record through Week 2. That includes 2-0 records for Juarez-Lincoln, Veterans Memorial and La Joya. The fact that such a dramatic improvement came against the same 14 teams, should be a very good indicator that this year’s Big7 teams are significantly better than last.

Will that trend continue this week? Only time will tell. But with the Sharyland Rattlers having a bye this week, the Palmview Lobos having played at Edinburg High last night and the Mission Veterans Memorial Patriots’ game against Laredo Martin, that was originally scheduled to be played tonight at Tom Landry Stadium, having to be played last night at La Joya Pack Stadium, due to delays in the stadium’s renovations, there are only three Big7 games on tap tonight and one tomorrow. Let’s take a look at those four games to see who, when and where the remaining four teams are playing.

Laredo Cigarroa at Sharyland Pioneer
Week three marks the opening of District 31-5A play for the Pioneer Diamondbacks. The 1-1 Diamondbacks are hosting the 0-2 Laredo Cigarroa Toros at Richard Thompson Stadium tonight at 7:30. Last year Pioneer defeated Cigarroa 42-0. For a more in depth look at this game, turn to our Game of the Week preview story on page 7 of today’s newspaper.

La Joya Coyotes at Donna Redskins
With wins over Rio Grande City (20-7) and Roma (15-13) the La Joya Coyotes have opened their season with back-to-back wins for the first time in at least 14 years. Tonight they’re traveling to Donna’s Bennie La Prade Stadium to play the 1-1 Donna Redskins in a non-district game that is scheduled to kick off at 7:30. Donna opened the 2017 season with a 21-20 loss to the Valley View Tigers but they followed that up in Week 2 with a 24-20 win over the Pharr-San Juan-Alamo North Raiders. Last year the Coyotes defeated the Redskins by a score of 16-0.

Against Roma last week, Coyotes’ senior quarterback Irving Garcia completed only nine of 27 pass attempts for 93 yards, one touchdown and one interception. His favorite receiver was senior Irvin Zamora who caught three passes for 87 yards and one touchdown. Sophomore Eddie Villarreal led the way on the ground for the Coyotes as he carried the ball 22 times for 63 yards and one touchdown. Defensively, junior strong safety Xavier Ramirez made nine solo and one assisted tackles to lead the way for the Coyotes.

Donna North Chiefs at Juarez-Lincoln Huskies
The 2-0 Juarez-Lincoln Huskies will be hosting the 0-2 Donna North Chiefs at Pack Stadium tonight at 7:30 in a non-district match-up. The Huskies defeated Pharr-San Juan-Alamo Memorial by a score of 34-7 in Week 1 and Rio Hondo by a score of 36-33 in Week 2 to open their season with back-to-back wins for the first time since 2009. Last year the Huskies defeated the Chiefs 14-0.

Senior quarterback Efren Martinez completed three of 12 passes for 93 yards and two touchdowns for the Huskies last week against the Rio Hondo Bobcats. Junior running back Albert Martinez carried the ball 22 times for 104 yards and caught one pass for 39 yards and one touchdown to lead the Huskies’ offense in both rushing and receiving yards last week.

Last year, Mission defeated Hanna by a score of 42-21 in what was first-year coach Koy Detmer’s first career win as a head coach. The Mission Eagles went on to lose their next five games before closing out their season with back-to-back wins against Palmview and McAllen High.

Against the Patriots last week, the Eagles jumped out to a an early 14-0 lead when sophomore quarterback Damian Gomez scored on a one-yard keeper and later connected with junior wide-out Sebastian Gonzalez through the air for their second score of the second quarter. However the Patriots went on to score 18 unanswered points on their way to claim their fourth Battle of Conway win in a row.