Mission Deputy Fire Chief Douglas Williams said he was disappointed when, after nine days assisting in the rescue of Hurricane Harvey victims, it was time to return home. 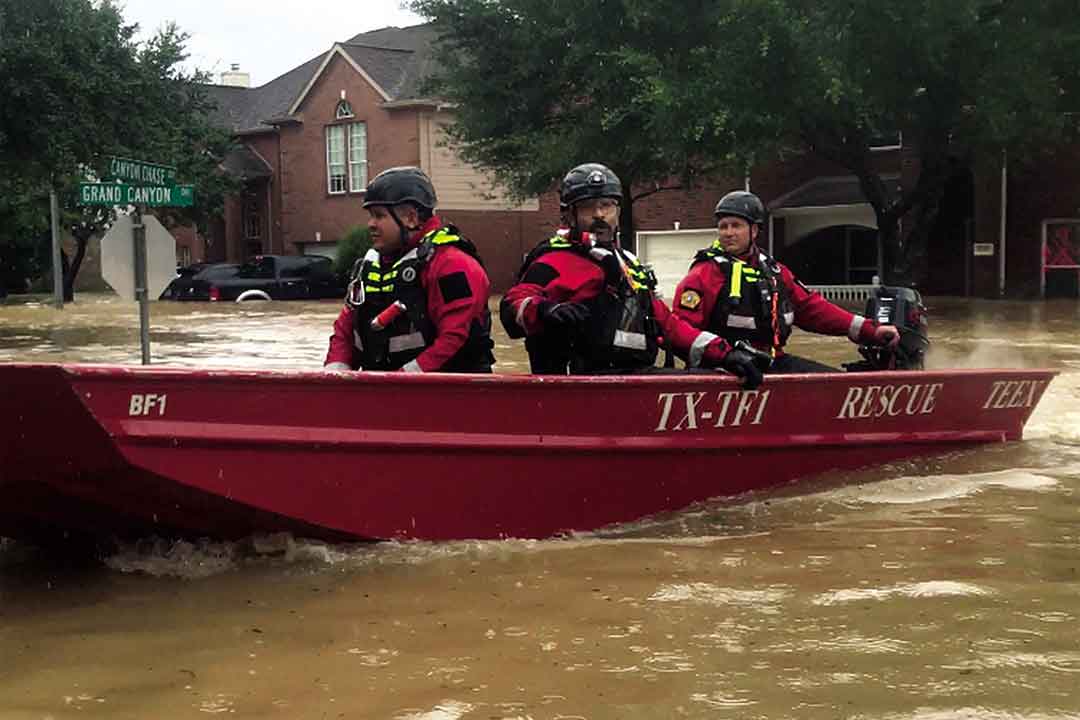 Williams said his group of water rescuers included Lt. Joel Saenz and Firefighter Joe E. Loza, and were among hundreds of rescuers from across the country and Puerto Rico from varying agencies such as the U.S. Forest Service and U.S. Airforce. Williams described the work as gratifying during an interview Wednesday at the department’s central station.

Williams and the others were deployed to the Fort Bend County Fairgrounds from which they assisted in rescues in an 18-foot aluminum boat equipped with an outboard motor. He said the most memorable part of the mission was helping the evacuation of a nursing home in Wharton, Texas, where 82 persons evacuated from the facility including 69 patients and 13 staff members and some members of their families. Wharton and neighboring Hungerford were threatened by flooding from the nearby Brazos River.

Though flooding had not yet reached the nursing home,Williams said the evacuation was necessary because there was no electricity in the area and the nursing home’s generators had run out of fuel.

Williams said the patients were moved to a Catholic church in Hungerford and eventually transferred to another nursing facility in Galveston.

Williams said firefighters had their own challenges finding fuel for their outboard engines finally locating an open Shell station in Inez, Texas where the manager had designated a pump exclusively for rescuers.

He said their search started in Victoria where he said wind damage was evident on many buildings noting the buildings with the least damage were of older construction.

“The most durable buildings were the ones built with good old fashioned lumber and nails,” he said. His group also witnessed significant property damage in Refugio while searching for fuel.

Williams said another gratifying mission was the rescue of a family in a large planned flooded subdivision known as Cinco Ranch where Saenz teamed with McAllen Fire Engineer David Spencer assisting in the rescue of three cats, two bearded dragons, a ferret, two rabbits, a caged Macaw and a Japanese fighting fish.

Williams said he was later texted a photo of one of the family’s children embracing one of the saved cats.

Williams downplayed his participation in the rescues saying it was all part of the job for which he has been trained. The group of Mission firefighters returned home on Labor Day.

“I was disappointed,” Williams admitted. “I wanted to stay longer.”