The Veterans Memorial Patriots and the Juarez-Lincoln Huskies will both be looking to remain undefeated tonight as Valley high school football enters Week 4 of play. The Pioneer Diamondbacks and the La Joya Coyotes are the only other two Big7 teams to emerge from Week 3 with winning records as they both find themselves at 2-1.

With six of the seven Mission, Sharyland and La Joya ISD teams on tonight’s schedule of games, let’s take a look at who, when and where they will be playing. 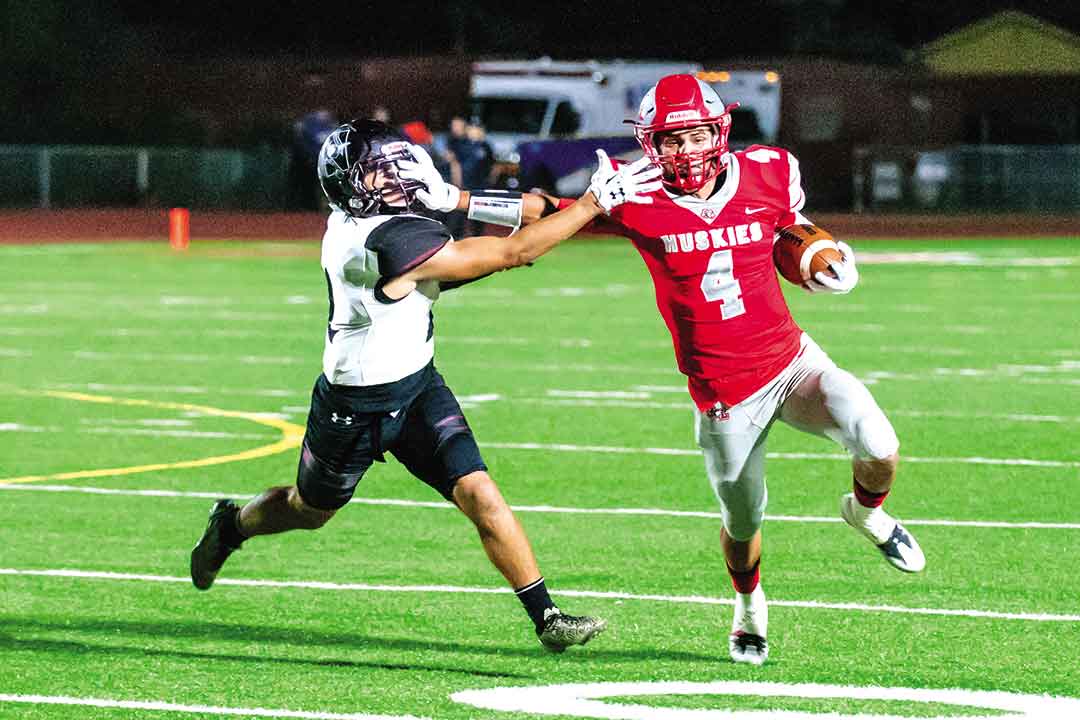 Sharyland High at Valley View
Coming off their Week 3 bye, the 1-1 Sharyland Rattlers should be well-rested and well-prepared tonight as they take on the 2-1 Valley View Tigers in their District 31-5A opener. The Tigers opened their season with non-district wins over Donna High (21-20) and Hidalgo (34-10) before being embarrassed by the Rio Grande City Rattlers in their district opener, 63-0.

The Rattlers will be looking to make it four wins in as many years against the Tigers who they’ve defeated by a combined score of 142-45 over the previous three years. For a more in depth look at this game, turn to our Game of the Week preview story on page 7 of this paper.

Veterans Memorial at Roma
The Veterans Memorial Patriots were originally scheduled to play their first three games at home this season. However, delays in the renovations at Tom Landry Stadium have resulted in the Patriots not only having to play all three games in different stadiums, but two of those games had to be played on Thursday nights instead of Friday.

Even so, the Patriots have made the best of their situation posting wins over the Harlingen Cardinals, the Mission Eagles and the Laredo Martin Tigers for a perfect 3-0 record.

Tonight the Patriots will be playing their first official road game of the season, and their second District 31-5A matchup, as they travel to Roma to play the 0-3 Gladiators. Last year the Patriots had to come from behind to defeat the Gladiators 20-16. A win tonight would put the Patriots off to their first 4-0 start since the 2010 season.

Juarez-Lincoln at Edcouch Elsa
The Juarez-Lincoln Huskies improved to 3-0 in non-district play last Friday evening, defeating the 0-3 Donna North Chiefs, 31-3, at La Joya Pack Stadium. In that game, Juarez-Lincoln junior quarterback Efren Martinez completed two of four pass attempts for 72 yards, one touchdown and one interception. Junior running back Albert Martinez carried the ball 13 times for 134 yards and two touchdowns for the Huskies.

The Edcouch-Elsa Yellowjackets come into tonight’s game at Edcouch at 1-1 with a Week 1 win over Los Fresnos (24-21) and a Week 2 loss to Edinburg Vela (56-35). Last year the Yellowjackets defeated the Huskies by a score of 47-14, so if Coach Tomas Garcia’s Huskies are going to improve to 4-0 for the first time in school history, they’ll have their work cut out for them.

Brownsville Pace at La Joya Palmview
The 1-2 Palmview Lobos will be hosting the 1-1 Brownsville Pace Vikings at La Joya ISD Stadium tonight at 7:30. The Vikings opened their 2017 season with a 28-0 win over PSJA Southwest, but lost their Week 2 game against the Pioneer Diamondbacks, 34-28.

Coming off a 4-2 district record in 2016, only the second time in school history that they’ve posted a winning district record, the Lobos are off to a slow start so far this season after back-to-back losses to Edinburg Economedes (9-13) and Edinburg High (9-28). However, they started off 0-3 last season and still managed to earn District 30-6A’s second seed in the playoffs, so anything is still possible. A win tonight over the Vikings will not only get the Lobos back on the winning track, but it will also be a confidence booster as they prepare for the start of district play next week when they take on the defending district champions, the McAllen Memorial Mustangs.

La Joya High at PSJA North (FR)
Second year coach Reuben Farias got his La Joya Coyotes off to a 2-0 start this season with wins over Rio Grande City (20-7) and Roma (15-13). However, a Week 3, 16-0 loss to the Donna Redskins, a team the Coyotes defeated by the exact same score last year, kept La Joya from becoming the third Big7 team looking to go 4-0 tonight.

Last year, the Coyotes fell to the PSJA North Raiders by 31-0. However PSJA North has suffered back-to-back losses to Mission High (24-14) and Donna High (24-20) –  teams they defeated last year. So the Coyotes will be looking for an opportunity against a Raiders team that could be ripe for the picking.

Eagle Pass Winn at Mission High
The 1-2 Mission Eagles will be hosting the 1-2 Eagle Pass Winn Mavericks tonight at 7:30. However, with Tom Landry Stadium still undergoing renovations, the game is being played at Sharyland’s Richard Thompson Stadium. After back-to-back losses to the VMHS Patriots (18-14) and the Brownsville Hanna Golden Eagles (45-28), the Eagles will be looking to get back on the winning track tonight against Winn. However, defeating the Mavericks, who are coming off a 10-3, 2016 season in which they went three rounds deep into the playoffs, is much easier said than done. The fact that in their head-to-head matchup last year, Winn defeated Mission by a score of 27-7, should give the Eagles an added incentive to win.