It’s week five of Valley high school football and for the seven Mission, Sharyland and La Joya ISD teams, the games all count from here on out. For the Veterans Memorial Patriots, the Sharyland Rattlers and the Pioneer Diamondbacks, the three Big 7 teams in District 31-5A, this is the third week of district play. However, for the Mission Eagles, the La Joya Coyotes, the Palmview Lobos and the Juarez-Lincoln Huskies, the four Big 7 teams in District 30-6A, district play starts this week.

Let’s take a look at the five Big 7 teams that will be in action tonight to see who, when and where they’re playing. 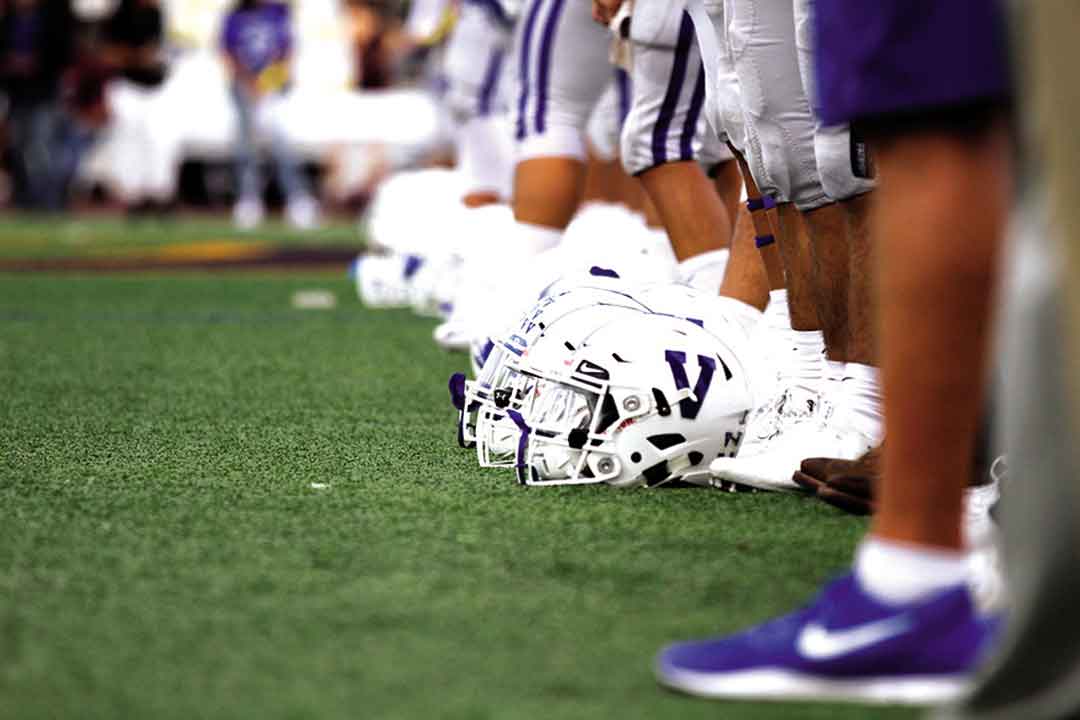 McAllen Memorial Mustangs at Palmview Lobos
Fresh off their 27-14 come-from-behind victory over the Brownsville Pace Vikings, the 2-2 Palmview Lobos are opening their District 30-6A schedule at home tonight against the defending district champions, the McAllen Memorial Mustangs. The Mustangs however are coming off back-to-back losses to San Benito (31-7) and Los Fresnos (24-7) so the Lobos will be looking to hand the Mustangs their third loss in a row and avenge last year’s 70-28 week five loss.

For a more in-depth look at this game, turn to our Game of the Week preview story on page 6 of this paper.

Laredo Cigarroa Toros at Veterans Memorial Patriots
Even with all the turmoil the Veterans Memorial Patriots have had to deal with so far this season as a result of Tom Landry Stadium not being completed, they have compiled a perfect 4-0 record. Tonight they will be hosting the 0-4 Laredo Cigarroa Toros, but they’ll be doing so on the blue turf at Valley View Tigers Stadium.

Last week the Patriots made easy work of the Roma Gladiators by a score of 40-10. In that game, Patriots’ junior quarterback Landry Gilpin provided the bulk of the offense as he completed 23 of 36 passes for 404 yards and three touchdowns and he ran the ball 11 times for 144 yards and three additional touchdowns. On the receiving end of Gilpin’s three touchdown passes were junior John Agular (8-200 yards-1 TD) and sophomore Mikey Garcia (8-111 yards-2 TD).

Laredo Martin Tigers at Sharyland Rattlers
The 2-1 Sharyland Rattlers will be hosting the 1-3 Laredo Martin Tigers tonight at Richard Thompson Stadium. The Rattlers are coming off a 48-6 trouncing of the Valley View Tigers in which junior Edgar Longoria and senior Diego Vela platooned at quarterback. Longoria completed six of nine passes for 95 yards and one touchdown, while Vela completed seven of 13 for 79 yards and one touchdown as well. Longoria also scored a rushing touchdown as he ran the ball six times for 63 yards. Junior wide receiver Ruben Davila caught six passes for 70 yards and two touchdowns for the Rattlers.

Last year the Rattlers defeated the Tigers by a score of 38-9.

Pioneer Diamondbacks at Laredo Nixon Mustangs
Last year the Laredo Nixon Mustangs handed the Pioneer Diamondbacks their only District 31-5A loss of the season by a score of 24-10. Even so, a Mustangs’ loss to the Rio Grande City Rattlers later in the season resulted in Pioneer and Nixon sharing a co-district championship; the first football district title in Pioneer school history.

Tonight the 2-1 Diamondbacks will have payback on their minds as they travel to Laredo to go up against the 3-1 Mustangs.

The fact that the Diamondbacks are coming off their bye week, means that they should be well-rested and well-prepared to go into battle tonight against the Mustangs. However, that was the case last year as well so Coach Jason Wheeler and his staff will have their work cut out for them in what will almost certainly be a match-up between two of the district’s four eventual playoff qualifiers, with the winner having an inside track to the district title.

Juarez-Lincoln Huskies at Nikki Rowe Warriors
The Juarez-Lincoln Huskies came oh, so close to opening their 2017 season at 4-0 for the first time in school history. However, a 14-13 loss to the Edcouch-Elsa Yellowjackets last week, which ended with a controversial call that resulted in the Huskies failing to convert a last-minute, potentially game-winning two-point conversion, has Juarez-Lincoln at 3-1 as they travel to McAllen’s Veterans Memorial Stadium to face off against the 2-1 Nikki Rowe Warriors tonight at 7:30.

Against the Yellowjackets, Huskies junior quarterback Efren Martinez completed seven of 12 passes for 151 yards and one touchdown while his brother, Albert Martinez who is also a junior, ran the ball 13 times for 63 yards and caught four passes for 90 yards.

Last year, the Warriors defeated the Huskies by a score of 17-14.