On any given day the City of Mission will add cats and dogs picked up as strays or unwanted to its city operated animal shelter. Though some are extremely ill or injured, many healthy animals are eventually euthanized.

But, like out of a Dr. Seuss book, “Something strange has come out of this town, something wonderfully strange.” Animals are being adopted, at a pace unheard of here. Where the Mission Animal Shelter would normally send four to six animals adopted a month, in September the number spiked to 34. In August 25 animals were adopted. 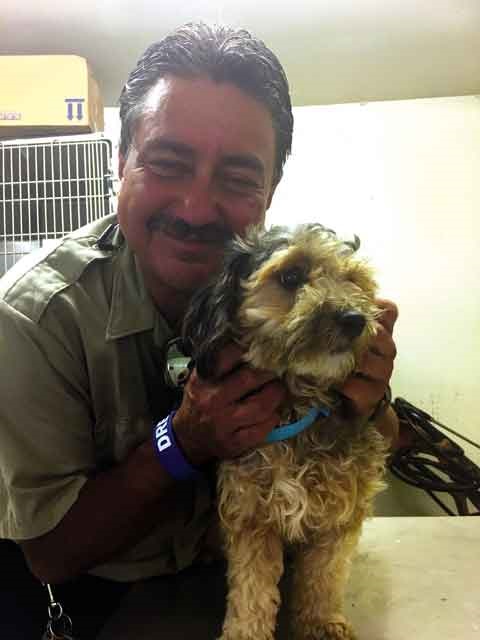 Having passed a resolution Monday declaring October National Animal Safety and Prevention Month, the City of Mission will hold an animal education event Saturday at the Mission Historical Museum where dogs and cats will be on hand and available for adoption. Employees of animal control will be in attendance and the movie Susie’s Hope will be shown. Susie, a pit bull mix, was a two-month old puppy when it licked the face of its’ owner’s newborn baby. The owner kicked and abused the dog, breaking ribs and kicking out teeth before setting Susie on fire and leaving the dog for dead.

The story is being used as an educational tool to teach area elementary and junior high school students what it means to have a pet and the responsibilities that go with it. The group from the website and Facebook page, Mission Pawsible, where animals available for adoption are listed, will also be in attendance to answer questions for persons interested in pet adoption.

“Mission people have compassion for this project and therefore we want to give it benefit of the doubt,” City Manager Martin Garza said. “The long-term plans are to reduce the number of animals being brought in so we want to educate the public and use Susie’s Hope to kick off our educational animal program and let people know our services. Susie’s story is about compassion for animals and the responsibility behind that.”

A new animal adoption center for the city is the end goal. The goal originally started as a simple business decision to save taxpayer’s money.

The city had been taking strays to the Palm Valley Animal Center in Edinburg but the city council balked when the center wanted to charge the city $10,000 a month for its services instead of the $150 per animal the center had been charging. When Palm Valley asked to revise the contract, Mission’s city council decided it was too much money. That decision has motivated the city to redouble its efforts to increase the number of stray pets being adopted instead euthanized. Part of that plan involves creating the city’s own adoption center.

The City has formed a volunteer committee to study the possibility of either building a brand new animal adoption center or finding an existing structure suitable for conversion to an adoption center. The committee was introduced to the public during Monday’s council meeting.

“We are building a network that allows us to reduce the numbers of animals being euthanized and the efforts of those volunteers and all involved can go unnoticed sometimes, but shouldn’t,” said Garza. “The traditional shelter for a municipality is very basic. It’s about picking up dead animals, removing unexpected and unwanted animals from your backyard, dealing with possums. We want to take it a step forward. We used to post a pet of the week but now we post almost all of them. We’re doing something unique and something very good for our community and for our city.”

“To be honest, this whole thing came out of left field to me,” Zapata said. “Everyone here is happy. You know, the employees here will get attached and euthanizing an animal isn’t an easy thing. They are happy to see things moving along and so many animals either being adopted or being rescued.”

Zapata said that there hasn’t been an increase in the numbers of animals coming in, but the numbers being adopted or rescued has significantly lowered the percentage of animals euthanized, which had been between 30-40 percent of them. He said many animals still come in sick or severely injured and there comes a time when euthanizing them is the most humane choice.

“It doesn’t mean anybody likes doing it. Look, the employees will have a dog in here now and they are out actively trying to get them adopted,” Zapata said. “This has had a real effect on their behavior at work. It wasn’t bad but now its even better. We are all happy to see this.”

Animals are brought to the shelter for all sorts of reasons but that doesn’t mean people are always happy to rid themselves of a pet. Earlier this week the former owners of a large all-black cat called to see if the shelter had the cat, describing its collar and its physical appearance.