With Week Five in the rearview, the regular season is officially at the midway point and two 31-5A favorites are ready to battle under the Friday night lights for bragging rights in their pursuit of a district title.

A season ago, the Pioneer Diamondbacks earned a share of the 31-5A championship and the program’s first playoff berth. Meanwhile, the Veterans Memorial Patriots proved to be one of the Valley’s most dangerous teams, advancing to the third round of the playoffs, the furthest in school history. 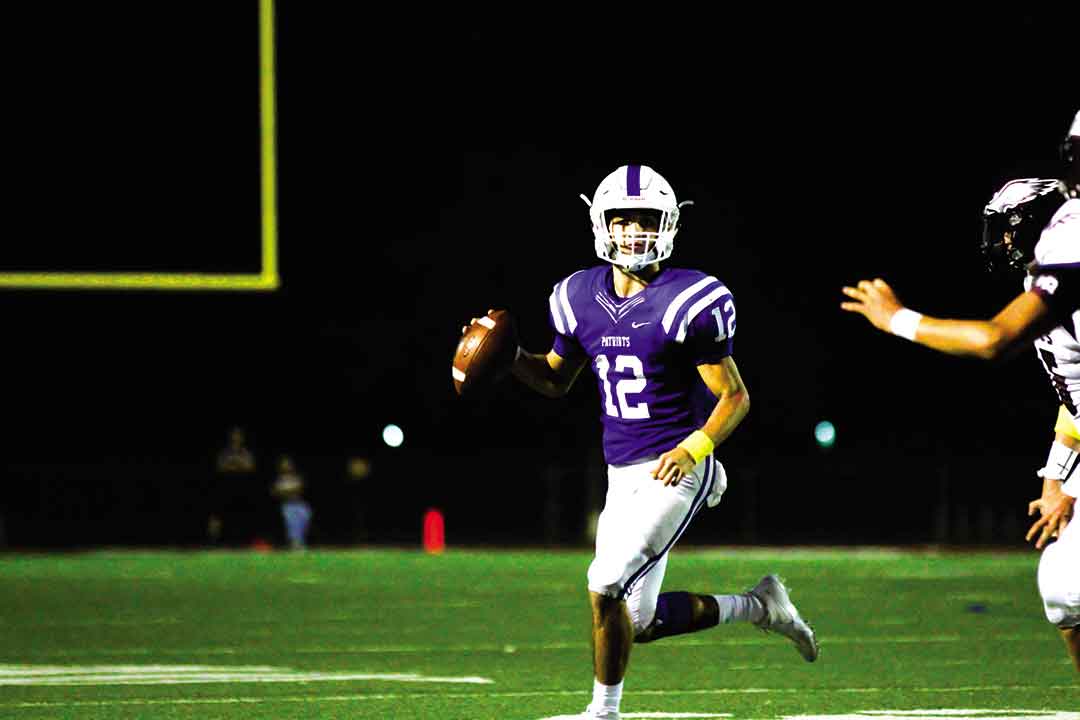 “We’re real excited about it,” said Veterans Memorial Head Coach David Gilpin. “Pioneer is a natural rivalry; we’re separated by a street over here. They got us last year. They were a good football team and they beat us fair and square and we feel like we owe them one.”

The Patriots sit at a perfect 5-0 after three district games, averaging a 30 point margin of victory in 31-5A action. Junior quarterback Landry Gilpin is coming off a five-touchdown performance in a 63-21 win over the Cigarroa Toros where he rushed for 146 yards and completed 19-of-27 passes for 231 yards.

Through five games, Gilpin has completed 60 percent of his passes for 1,135 yards, 11 touchdowns and no interceptions while rushing for 782 yards and 11 more scores on the ground.

Head Coach David Gilpin credits the veteran leadership of the offensive line that leads the way for the prolific Patriot offense. Landry echoed the same feelings, saying success wouldn’t be possible without the entire unit making plays. The high-scoring offense is prepared for the test that lies ahead in Pioneer.

“Every week we’re getting better as a team and every week we know the guys we can count on,” the dual-threat quarterback said. “They have a really good team over there and they have good athletes. It’s a rivalry game and we know it’s going to be a tough one so we have to be ready to play.”

Pioneer enters the rivalry game after dropping last week’s grudge match to Laredo Nixon 36-14, the team the Diamondbacks split the district crown with a season ago. The Diamondback offense struggled in the loss as last year’s First Team All-District quarterback Jacob Rosales threw for 91 yards, one touchdown and two interceptions, while running back Logan Harris was held to just 31 yards on the ground.

Pioneer Head Coach Jason Wheeler said the team showed adversity in last year’s win over the Patriots, and in order to reach the success from 2016, this year’s team must do the same.

“The Mission Vets game was huge last year and that was really a make or break game for our season,” Wheeler said. “We showed some adversity, our kids didn’t panic. I think our kids understand that you got to go through some adversity to reach big goals, that it doesn’t just come easy.”

Now, the Diamondbacks will be looking to bounce back and hand the Patriots their first loss of the year. Pioneer senior linebacker Angel Chapa said the team has to fight harder as district progresses.

“I just think now that district’s here, now we know what type of team we got,” Chapa said. “We know we need to fight a lot harder.”

This game features two of the premier defensive backs in Valley football with Patriots’ Giovanni Grimaldo (2 INTs) and Diamondbacks’ Tyler Bulthuis (4 INTs). The pair will be tasked with shutting down each opposing offense and containing two of the most explosive quarterbacks in the game.

Grimaldo, the team’s leading tackler with 66, has been a force for the Patriots defensively, forcing a fumble and picking off two Cigarroa passes in his last outing. The Veterans Memorial defense is averaging two sacks per game, one interception, and have recovered eight fumbles through the team’s five games.

“When you look at Pioneer, it starts with their quarterback but they’ve also got a very talented backfield,” David Gilpin said. “We’re expecting a full house, we’re expecting a big game atmosphere. With them coming off a loss against Nixon, they’re going to play desperate, and we understand that.”

Kickoff between the Patriots and the Diamondbacks is set for 7:30 p.m. at Richard Thompson Stadium.