The Juarez-Lincoln Huskies defeated the Palmview Lobos Friday night at La Joya ISD Pack Stadium by a score of 31-21. With the win the Huskies improved to 1-1 in District 30-6A play (4-2 overall) while the Lobos dropped to 0-2 in the district (3-3 overall).

The Huskies opened the scoring when junior Albert Martinez ran the ball into the endzone from near midfield to give Juarez-Lincoln a 7-0 lead with 10:07 remaining in the first quarter. 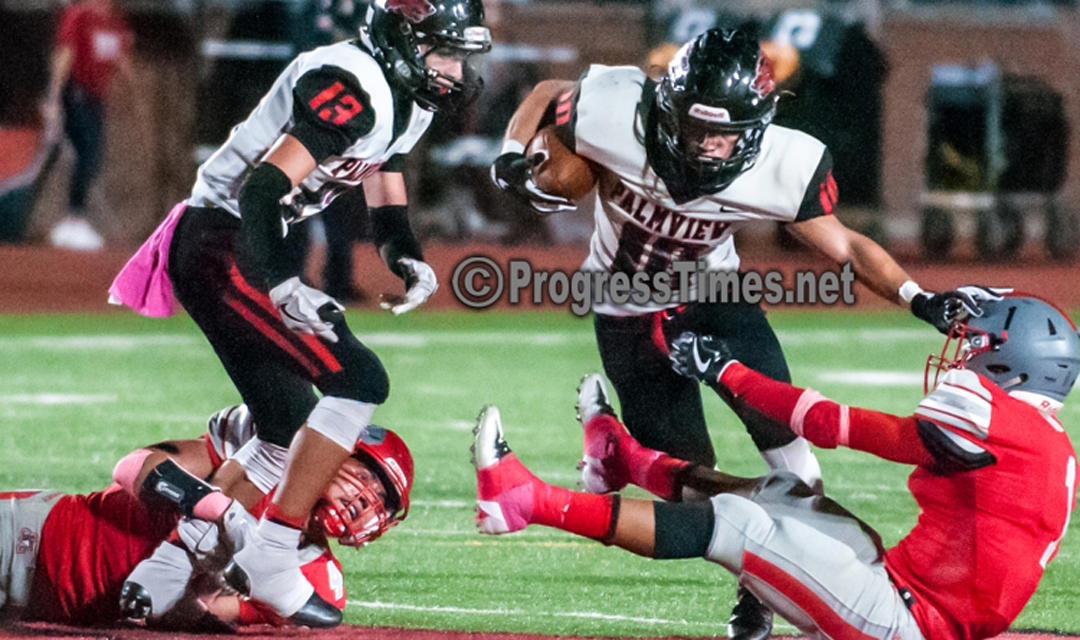 It took the Lobos less than one minute to tie the game however when junior defensive back Sebastian Hernandez picked off an Efren Martinez pass and ran it back all the way for a pick six.

Palmview took the lead for the first time with 2:39 remaining in the first quarter when junior quarterback David Flores ran the ball into the endzone from inside the five-yard-line making the score 14-7 Lobos.

The Huskies closed the gap to 14-10 with 3:37 remaining in the first half on a field goal and then retook the lead at 17-14 three minutes later on a short run into the endzone by senior Elias Gutierrez.

The score remained 17-14 in favor of the Huskies until senior running back Adonis Barillas scored on a short run with 8:19 remaining in the third quarter to make the score 24-14 Juarez-Lincoln.

But with 8:28 remaining in the game, Palmview senior running back Miguel Gama scored the Lobos’ third rushing TD of the game to make the score, 24-21 in favor of the Huskies.

That would remain the score until on the last play of the game when senior offensive lineman Julio Monsivais recovered an Albert Martinez fumble in the endzone for a touchdown that made the final score Huskies 31, Lobos 21.