Breanna  Garza was singing along with the music at a local Starbucks, dancing and doing what a 5-year-old child does, when a woman approached her mom, Amanda Salinas O’Caña, of Mission.

“She should come audition for us,” O’Caña recalls the woman telling her. “Then she told me she and her husband were in from Los Angeles and they were agents and talent scouts.” 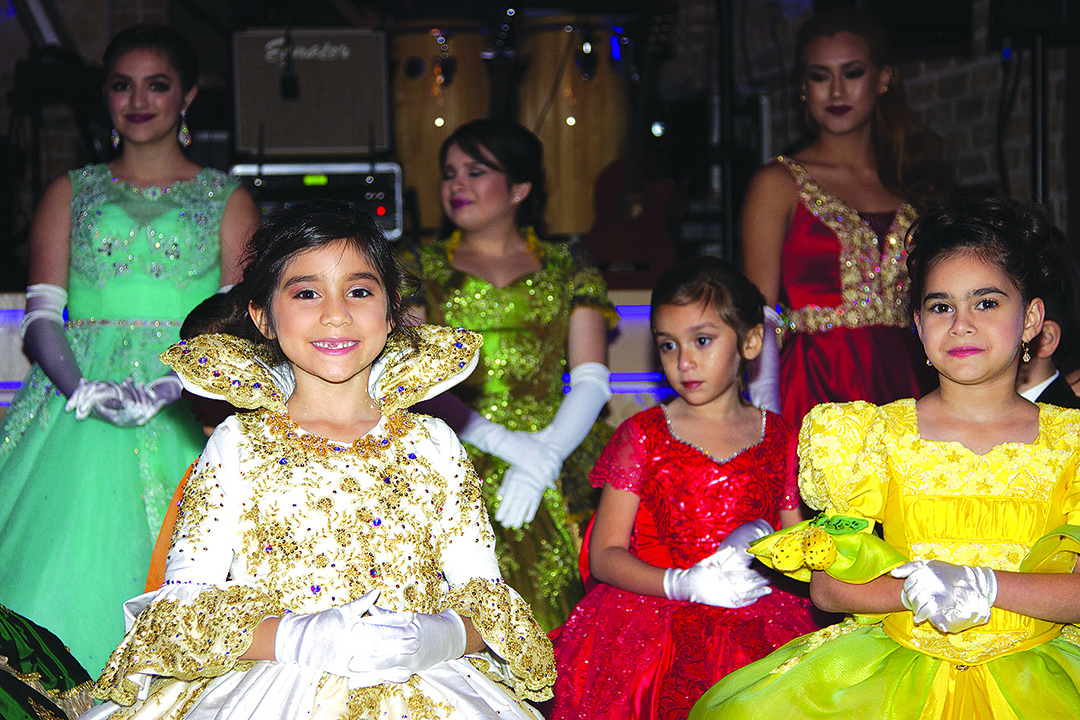 O’Caña said the motherly alarm immediately went off in her head, a scam in the process, she thought.

The couple, however, was sincere and ever since, Gabby, as she is known to friends and family – now 7 – has been on the singing, acting and modeling path. During a whirlwind past 12 months she has been traveling to Austin for movie and commercial auditions, practicing with Debi Lou Productions and the All-Star Theater in McAllen while also serving as Princess Anna the 67th, winning the title in October 2016 for the 79th annual Texas Citrus Fiesta. And next week TCF officials begin the process of selecting Gabby’s replacement.

Friday, Oct. 13, is the filing deadline to apply for Princess Anna the 68th, said TCF Director Bibi Peña, adding the position is available to girls across the Rio Grande Valley. To qualify girls must be 6 years old on Jan. 31, 2018.

“They can turn seven the day after, but they have to be six on the thirty-first of January,” Peña said.

“She’s an awesome little girl,” Peña said of the outgoing Princess Anna. “She was always very well behaved and made sure the other princesses waved and smiled on parades.”

Peña said she was impressed by Gabby’s endurance because often out of town parades – the TCF sends its float and Royal Court to about a half dozen parades each year – mean long days often under a hot sun.

The Texas Citrus Fiesta began in 1932 as a celebration of the bountiful citrus harvested in the Rio Grande Valley. Each year it returns, bright and unique in its pageantry. Princess Anna and Queen Citrianna are the two most prestigious places on the Royal Court along with King Citrus.

Gabby is a second grader at Midkiff Elementary School and while her role as a princess could go to some children’s heads, her mom says Gabby does a good job of being just a kid when she’s around her friends and family.

“She’s a normal 7-year-old girl who likes to play and be social and is always doing something,” O’Caña said. “She plays with her brothers and at school; it’s not all about being Princess Anna. It’s about being a 7-year-old girl with friends who has homework and other things to do.”

“I like jumping on our trampoline and to color,” said Gabby. “One time my grandma put water on the trampoline when me and my brothers were jumping on it. It was like the slip-n-slide.”

O’Caña is a former Mission High School athlete with sons, ages 9 and 4, who are into soccer. She assumed her daughter would follow suit but Gabby is finding her own way. While some parents may have pushed her into sports, O’Caña said she believes Gabby is at an age where she will let her try different things to find out what she really enjoys. And so far Gabby has preferred the stage to sports and O’Caña said she’s fine with that.

“Being Princess Anna was just so ideal for her,” O’Caña said. “She absolutely loved being crowned and interacting with the older girls and being part of such a tradition – she loves wearing makeup and getting dressed up. Of course, as Princess Anna they believe less is more with the makeup, but it’s just enough.”

“I love wearing those beautiful dresses and you get to ride floats,” Gabby said when asked what she enjoyed about being Princess Anna. “It has been really fun.”

Helping her mom is another of her hobbies – especially when it’s time to cook dinner, something Gabby loves doing. And, she loves eating as well. Her biggest performance so far in her acting career came for a commercial for Chuck E. Cheese.     “That was really fun,” she said. “I ate a pepperoni pizza…. and a cheese pizza.”

O’Caña said there hasn’t been any special volunteer work required of Princess Anna adding Gabby has been community oriented. Whenever given the opportunity, Gabby tries to create awareness Mission is in need of a recycling center. She also volunteered to collect food, clothing and other needed supplies at her school for Hurricane Harvey victims, O’Caña said.

Gabby said she’s happy to give others a chance to be Princess Anna and offers this advice to her successor: “Be nice and try to help people.”