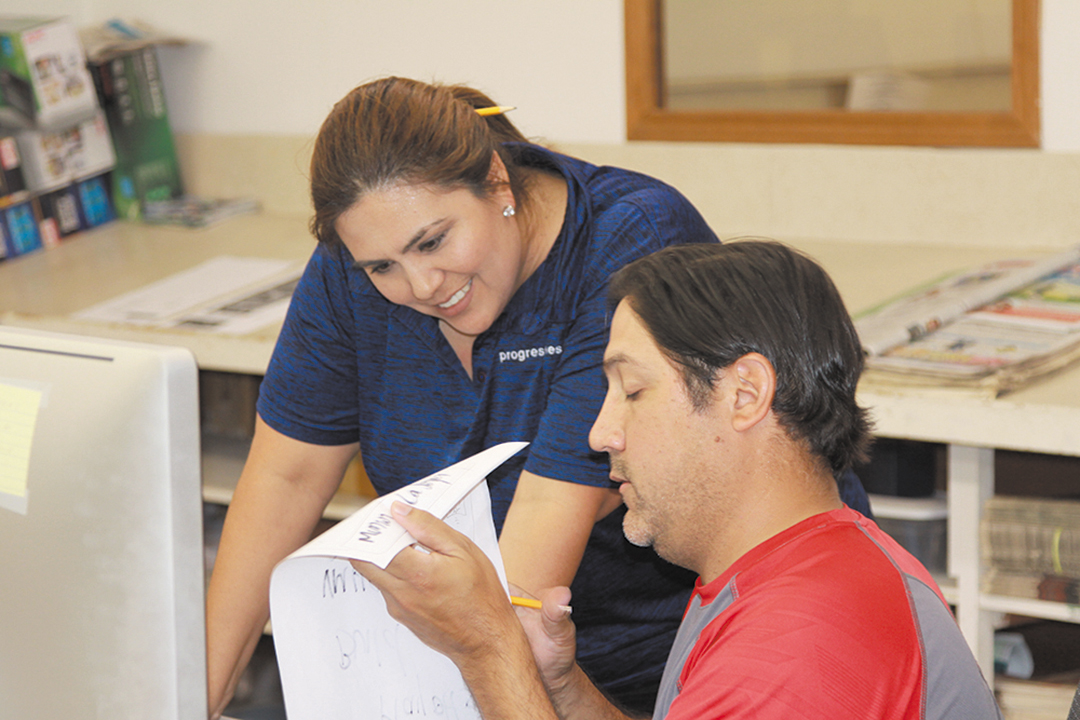 Brunson said, “I am pleased to have Dee Rendon taking over as the newspaper’s new publisher, as I am confident she will continue to ensure the Progress Times provides the quality news coverage that is needed for each of the communities we serve in Western Hidalgo County.  The role of the hometown newspaper is vital to the health and vitality of any community; we serve as watchdogs of local government as well as the support organization for all that is good in the area we call home.”

“I have enjoyed working for the Progress Times and learning from the Brunson family (Jim, Mendi, Dan and Lindslee) over the years, Rendon said.  “They have in-depth knowledge and wisdom that I will continue to rely on in the coming years. I don’t believe anyone feels completely prepared when taking on a new challenge, but I certainly am determined to continue building on the relationships we have established thus far and creating new ones as well. I am extremely humbled and grateful for the path that God has created for me in leading me to the Progress Times and for the confidence and trust that Mr. Jim Brunson has placed in me to take over something so near and dear to his heart.  I will continue in the dedication to our hometown, schools and local communities,” she said.

“It has been both exciting and nerve wracking at the same time but I look forward to the challenges that lie ahead.”

Brunson started working as advertising manager for the Progress Times in 1981, when his mother-in-law, June K. Brann, recruited him to work in the family business. Brann, who spent her entire life as a journalist in newspaper, radio and TV, had purchased the newspaper in 1980 from a group of Mission businessmen who founded the paper as the Upper Valley Progress in August of 1972. She changed the name of the paper to the Progress Times in 1984.

Brann and Brunson saw the need for a Winter Texan newspaper and founded the Winter Texan Times in 1987.  The Winter Texan Times quickly grew in circulation, readership and sales revenues as the co-publishers shaped the paper into a Valleywide product, serving Winter Texans from west of Mission to South Padre Island.  Brunson decided early on to also increase the publication’s frequency from bi-weekly to weekly.

When Brann retired in 2003, Brunson purchased her share of both newspapers, becoming the sole owner and publisher of both the Progress Times and the Winter Texan Times.

“I have enjoyed every role in which I served for both newspapers over the past 36 years,” Brunson said. “While I came to the newspaper business with an engineering background, I quickly came to love Mission and working with the businesses and community leaders here.

“When my ‘mother-in-love’ retired, I changed gears. I took journalism classes and began writing more news stories. I discovered I had a pretty good ability to write and I have enjoyed helping our readers stay informed about what is going on in the community, whether it’s city hall, the school district or the high school football game.

“It’s a bittersweet time,” Brunson added. “This newspaper has been a family business for nearly 40 years, and I have greatly enjoyed the associations I have created through the newspaper. I’ll miss that, but I’ll still be around – part of the community that became my new hometown 36 years ago.”

While he will no longer be running the Progress Times, Brunson is not retiring. He still owns the Winter Texan Times and will continue in his role as publisher of that publication.

Brunson’s wife, Mendi, will continue as community news editor for the Progress Times, a position she has held since 1981.