It was a cross-town battle between the 0-3 (3-4 overall) La Joya Coyotes and the 3-1 (6-2 overall) Juarez-Lincoln Huskies that most thought would go the Huskies’ way. However, with the score tied at 3-3 after three quarters of play, it was the Coyotes that scored the first two touchdowns of the game, the first on a short run by sophomore running back Eddie Villarreal and the second on a pick six interception return by junior linebacker Trey Perez, to take a 17-3 lead with just under eight minutes remaining in the game.

The Huskies scored their only TD of the cool night, a perfectly thrown bomb from junior quarterback Efren Martinez to his brother, junior running back Albert Martinez, with 6:08 remaining in the game to make the score 17-10 Coyotes. But just when it looked as if the Huskies might be making a comeback, the Coyotes scored the final touchdown of the game, a one-yard keeper by junior quarterback Irving Garcia, to give La Joya a 24-10 victory over Juarez-Lincoln. 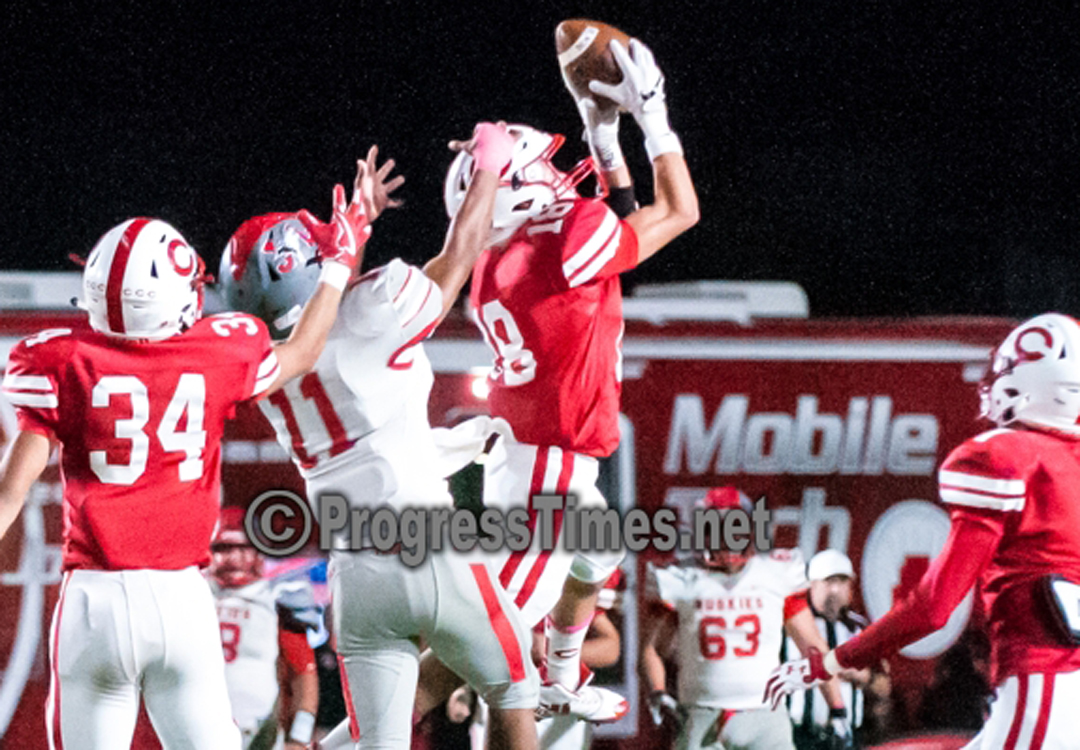 After the game, La Joya head coach Reuben Farias shared his thoughts on why the Coyotes were able to score three touchdowns in the fourth quarter after having scored only three points in the first three.

La Joya quarterback Irving Garcia shared his thoughts on what accounted for the Coyotes’ fourth quarter scoring attack when he said, “We made some adjustments, we talked to the team and the offensive line really stepped it up. We just gave the ball to Eddie and our offensive line took us all the way to the end zone. That’s what allowed us to win this game.”

La Joya sophomore running back Eddie Villarreal shared how being the underdog motivated himself and his teammates to prove everybody wrong.

“When people say that we’re not going to win a game, it motivates us more to try to get the win,” Villarreal explained. “But what we’re really wanting is to make the playoffs.”