When the Mission Consolidated Independent School Board of Trustees holds its next set of committee meetings Dec. 6 it won’t be their popular school’s superintendent, Ricardo López, officiating. On Wednesday night during their regular monthly meeting the board voted to make the district’s assistant superintendent for curriculum and instruction, Criselda “Cris” Valdez, interim superintendent.

The action followed López’s announcement earlier in Wednesday’s meeting that negotiations were finalized over the weekend with the Garland Independent School District for him to become its next superintendent. 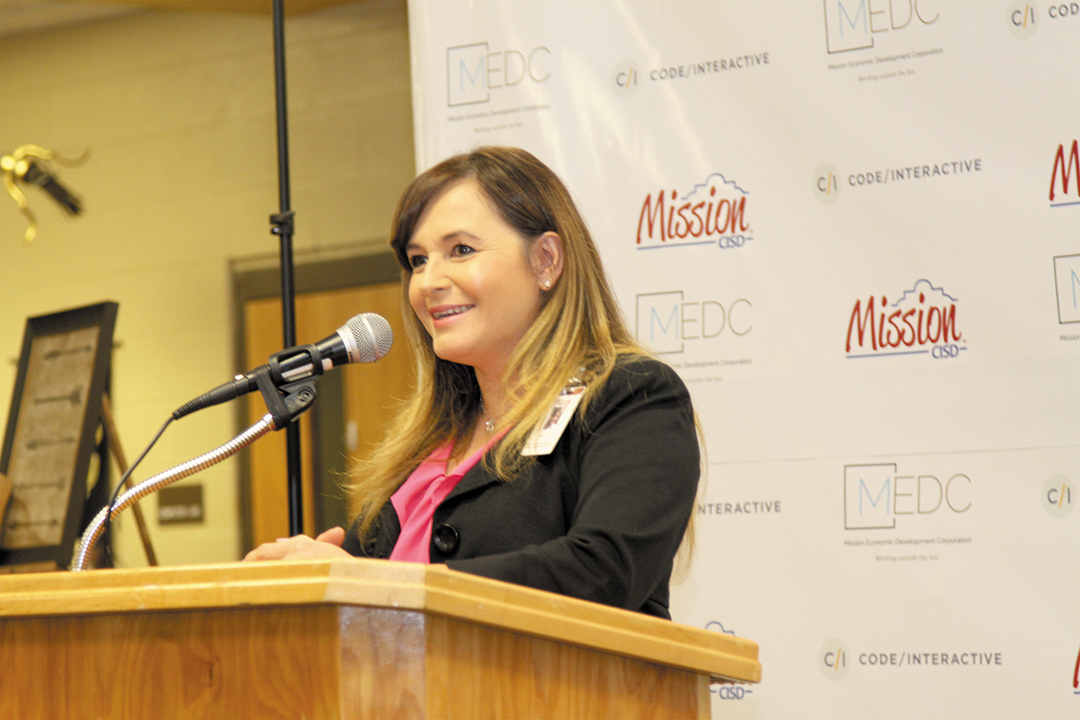 In October López was named the district’s “lone finalist” for the vacant superintendent’s position of the much larger Dallas suburb school system. But by state law he could not formally accept the job for 21 days following his selection as lone finalist.

López, who has held his position as MCISD superintendent the past four years, announced his last day with the district is Dec. 22, the last day of the fall semester. He will start his new job on Jan. 2, López said.

Board President Patricia O’Caña-Olivarez said Valdez is officially taking charge of the district Dec. 1 with López remaining in an advisory capacity until the semester’s end.

“As of Dec. 1 you will be in full control,” O’Caña-Olivarez told Valdez.

Earlier in the meeting López said he was departing “with a heavy heart.” López was superintendent of the Ysleta ISD, an El Paso suburb, when he was hired by MCISD. Wednesday he said though he fell in love with MCISD he could not pass up the opportunity to take the Garland job.

“It was an opportunity that presented itself that I could not shy away from,” López said. “The people here are wonderful. You guys can conquer the world. The familia aspect that the kids are growing up with is probably the greatest part.”

López said one of his daughters is having a very difficult time with his decision because of the many friends she has made here in the past four years.

“And I tell her those friendships will last a lifetime,” he said. “I know I’ve met some genuine friends here, too. I love each one of these board members although sometimes they don’t love me so much. You can tell by the ones who laugh first.”

López went on to say that “Mission is a very special place and this district will continue to thrive because of the people here. And I want to thank all of the community members; I want to thank everybody because this promotion was possible because of you, not me. This is really a reflection on your efforts.”

López closed his remarks saying he now considers Mission his hometown “and so I hope to make you all proud.”