It’s Week 11 of Valley high school football and with six of the Mission, Sharyland and La Joya school districts’ seven teams, otherwise known as the Big 7, still in playoff contention, there is a lot riding on the outcomes of this week’s games. And with two of these six teams vying for a district championship as well, the stakes couldn’t be any higher as the 2017/2018 high school football season is just one week away from post-season play.

With each of the five Big 7 games on this week’s schedule having playoff implications, let’s take a look at each of those games and what the different scenarios are for each team to make the playoffs, win a district championship or both. 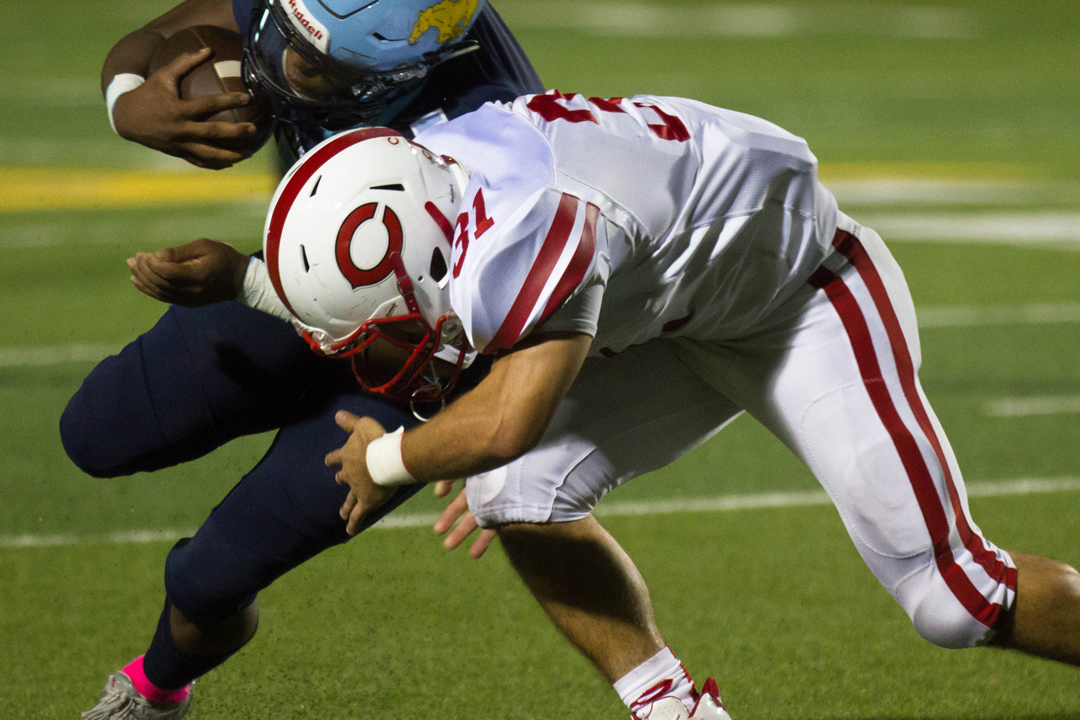 Rio Grande City Rattlers at Sharyland Rattlers
In our game of the week, the 4-3 Rio Grande City Rattlers will be taking on the 6-1 Sharyland Rattlers tonight at Richard Thompson Stadium. Sharyland’s 48-42 win over the Veterans Memorial Patriots last Friday has resulted in a three-way tie for first place in District 31-5A between the Rattlers, the Patriots and the Laredo Nixon Mustangs. A Sharyland win tonight will assure the Rattlers of at least a share of the district championship, their first since 2014, while a loss will most likely result in Coach Ron Adame’s team having to settle for a second, or even a third place finish.

For a more in-depth look at this game, turn to our game of the week preview story on page 7 of this paper.

The fact that Veterans Memorial is playing a 1-6 Valley View team tonight, while Sharyland is playing 4-3 Rio Grande City and Nixon is playing 3-4 Laredo Martin, should make the Patriots the most likely of the three teams currently deadlocked for first place to win the district title outright. However seeing as how that would require both Sharyland and Nixon to lose, it is more likely that the Patriots will end up sharing the championship with Sharyland, Nixon or both.

Palmview Lobos at La Joya Coyotes
While the 0-5 Palmview Lobos are the only Big 7 team that has already been eliminated from the playoffs, their game tonight against the 2-3 La Joya Coyotes still has post-season implications. That’s because the 2-3 Coyotes are still in the hunt for a playoff spot. And of all the playoff scenarios involving Big 7 teams, the Coyotes’ is the least complicated. If they defeat the Lobos tonight, they’re in the playoffs for the first time since 2014. If they lose, they’re out.

Mission High Eagles at McAllen High Bulldogs
While the 2-3 Mission Eagles played the 2-3 McAllen High Bulldogs last night, their playoff destiny may not be determined until tonight; but only if they defeated the Bulldogs. That’s because should they have fallen to the Bulldogs, they’d be eliminated regardless of the outcome of any of tonight’s games. However if Mission emerged victorious from last night’s game, then they’ll be rooting for Palmview to defeat La Joya tonight because an Eagles’ victory coupled with a Coyotes’ loss is the only way that Mission will reach the playoffs for the first time since 2012.

Juarez-Lincoln Huskies
Despite back-to-back losses to La Joya and McAllen Memorial the past two weeks, the 3-3 Juarez-Lincoln Huskies are still in playoff contention. While they have a bye this week, the Huskies will be following the two other games that will determine their playoff fate; Palmview at La Joya and Mission at McAllen High. That’s because should La Joya defeat Palmview and McAllen High defeat Mission, the Huskies will be on the outside looking in come playoff time. Otherwise Juarez-Lincoln will qualify for the playoffs for the third year in a row.