It was a closer game than many expected but the Veterans Memorial Patriots held on to defeat the Valley View Tigers Friday evening by a score of 21-14. While Patriots’ head coach David Gilpin will take the win, he readily acknowledged the fact that it was not pretty.

“I told the kids just before the game, ‘I don’t care how ugly it is or how pretty it is, we’re here to win a district championship tonight. That’s it.’” Gilpin said immediately after the game. “Unfortunately as it turns out, we took the ugly route. It wasn’t pretty by any stretch of the imagination but we’re 9-1 now and we’re district champs.” 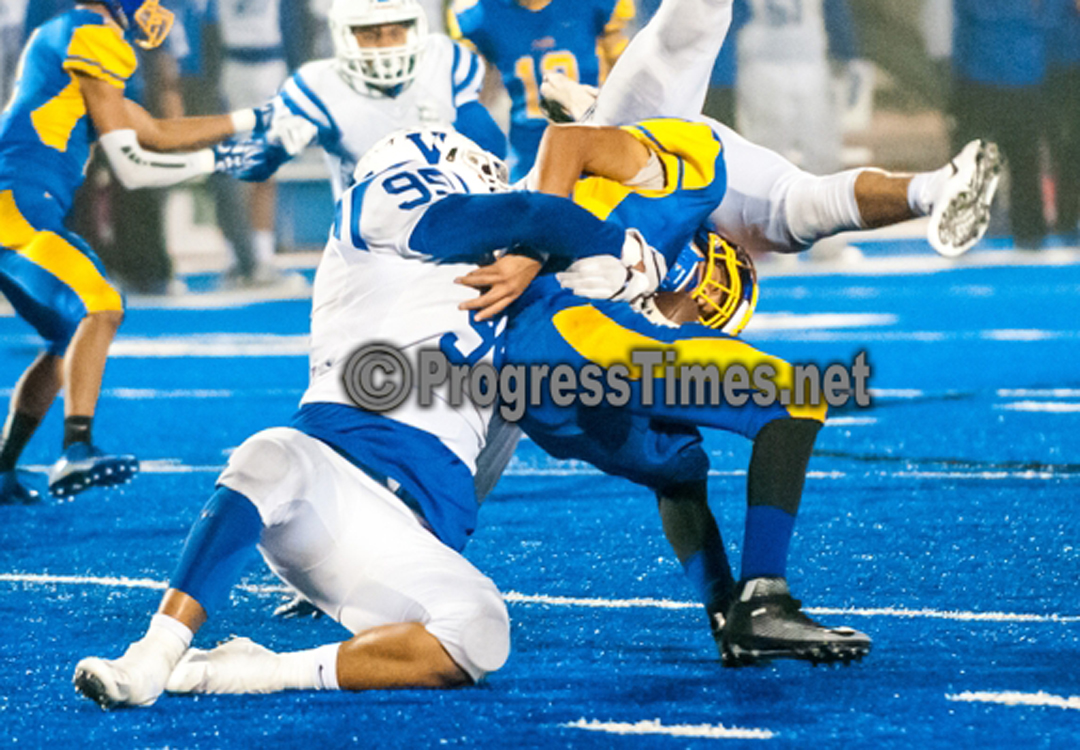 “That’s not easy thing to do and this is the perfect evidence of it,” added Gilpin. “Valley View has three or four wins on the year but they’re playing people tough. Last week they held Laredo Nixon to 16 points. But we’re in the playoffs now. It’s a 64 team tournament and we’re starting over.”

With the “ugly” win the Patriots clinched a share of the District 31-5A championship, their first district title since 2010, which they will share with the Sharyland Rattlers and possibly the Laredo Nixon Mustangs, should they emerge victorious over Laredo Martin Saturday.

Next up for the Patriots is Brownsville Lopez in the bi-district round of the state playoffs. The Patriots have already won the coin flip with Lopez so hey will be hosting this game which could possibly be played in the newly renovated and re-named Tom Landry Hall of Fame Stadium.

“It’s not a sure thing but I asked today around 4 pm, because I would’ve liked to have announced to the kids that it’s confirmed that we’ll be playing at Tom Landry Stadium, and the answer I got is, ‘It’s not confirmed but we’re not looking at a Plan B,’” Gilpin said. “So everything sounds good, but I’m still waiting for the green light. And while we’re excited about that possibility, if it doesn’t happen we’ll load up the buses and go somewhere else. It doesn’t matter to me where we play but it would be nice for the kids, and we’ll put a bigger crowd in the seats, if we do play at Tom Landry.”

For more photos of the game, check out our gallery.